Competing on their home turf, Team USA brought five athletes into the next round: reigning Boulder World Champion Natalia Grossman of the United States of America placed first in group A with five tops and five zones; Cloe Coscoy, Kylie Cullen, and Brooke Raboutou all advanced with four and five; and Adriene Clark booked a spot in the semi-final with three and five.

Franziska Sterrer of Austria shared the top position with Grossman, having placed first in group B with five tops and five zones. She will be joined by her teammates Johanna Färber and Jessica Pilz. 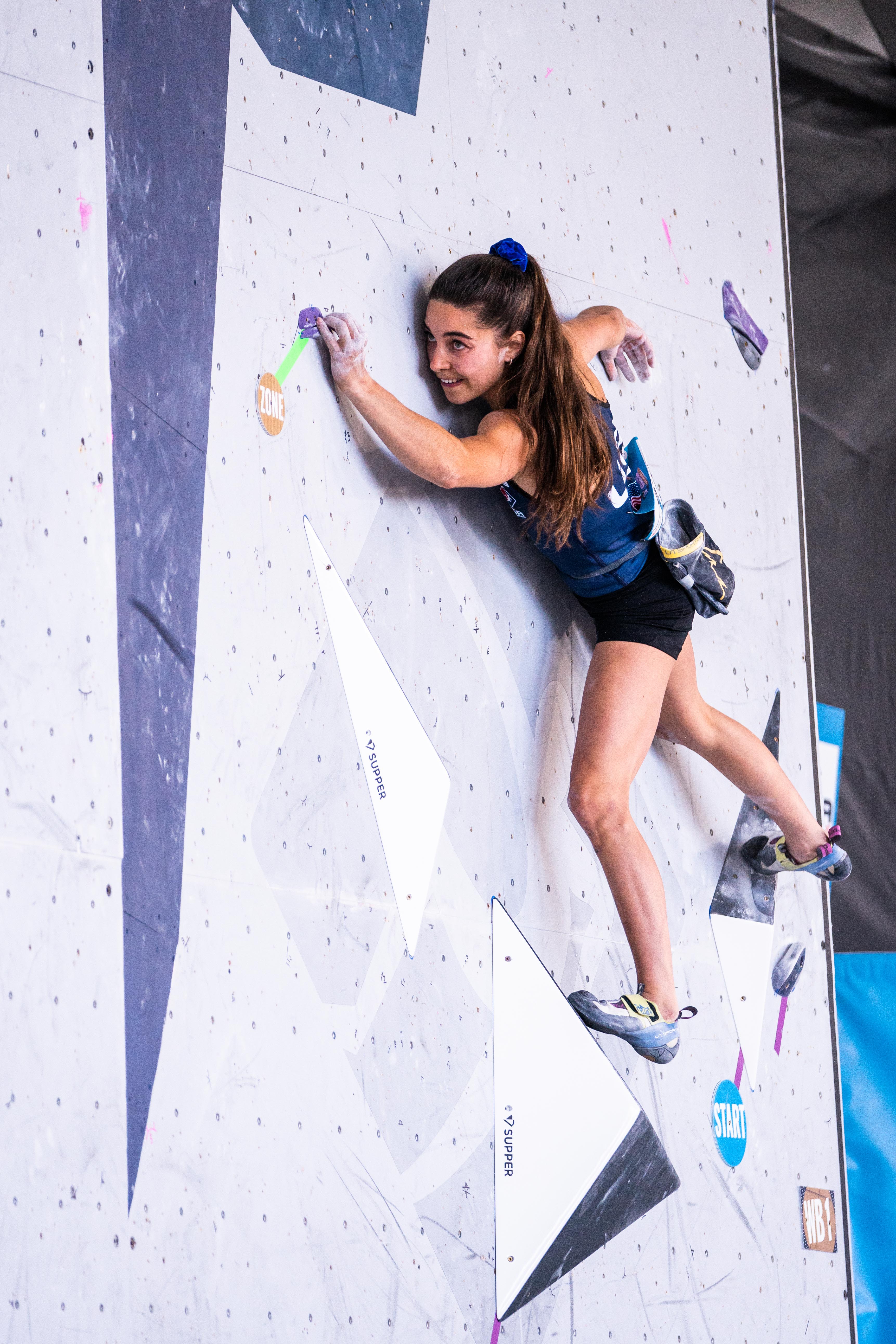