Yannick Flohé of Germany finished at the top of the group A ranking with five tops and five zones; Narasaki Tomoa of Japan finished with the same score, taking first place in group B.

The women’s Boulder qualification round will begin this afternoon at 3:30 PM (UTC-6:00). Boulder semi-finals and finals are scheduled for tomorrow, 22 May, at 11:00 AM and 8:00 PM, respectively. 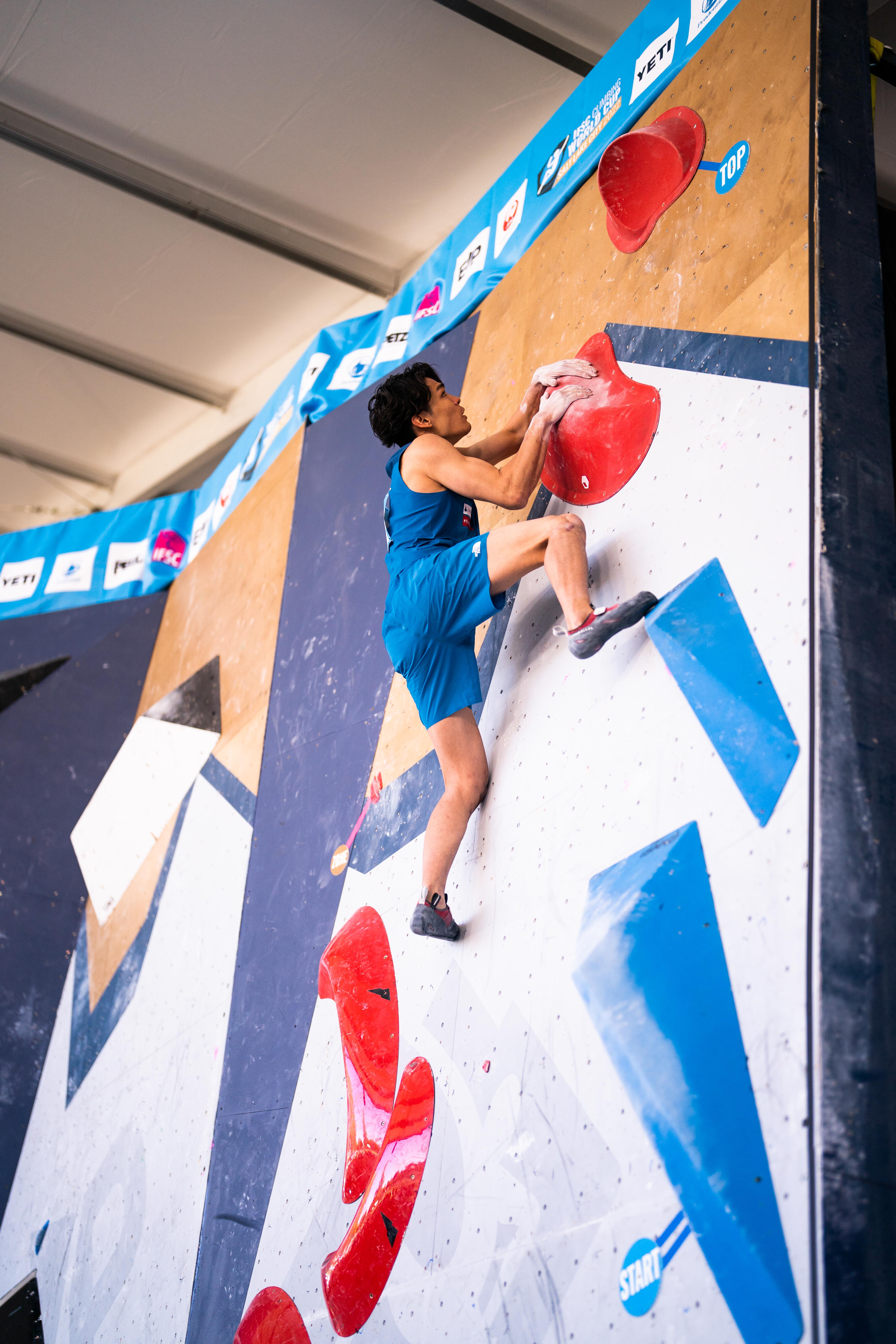