GROSSMAN, GEJO LEAD THE GROUP OF 20 CLIMBERS THAT QUALIFIED FOR THE WOMEN’S BOULDER SEMI-FINAL

Day 2 of the International Federation of Sport Climbing (IFSC) World Cup Seoul 2022 opened with the women’s Boulder qualification round.

Out of the 55 athletes participating, only two have concluded with the perfect score of five tops and five zones – United States of America’s Natalia Grossman and Serbia’s Stasa Gejo, with Grossman taking first position thanks to a lower number of attempts.

Three more US climbers advanced to the semi-final round: Kylie Cullen, Cloe Coscoy, and Brooke Raboutou.

Both Austria and Japan moved three athletes to the semi-final Franziska Sterrer, Jessica Pilz, and Johanna Färber for the Austrian team; Nonaka Miho, Ito Futaba, and Mia Aoyagi for the Japanese one.

Sol Sa will be the only athlete representing the home team in the women’s event.

For the full results of the women’s Boulder qualification click here.

The IFSC World Cup in Seoul will conclude tomorrow, with the men’s and women’s Boulder semi-finals starting at 11:00 AM (UTC+9:00), and the finals commencing at 5:00 PM. 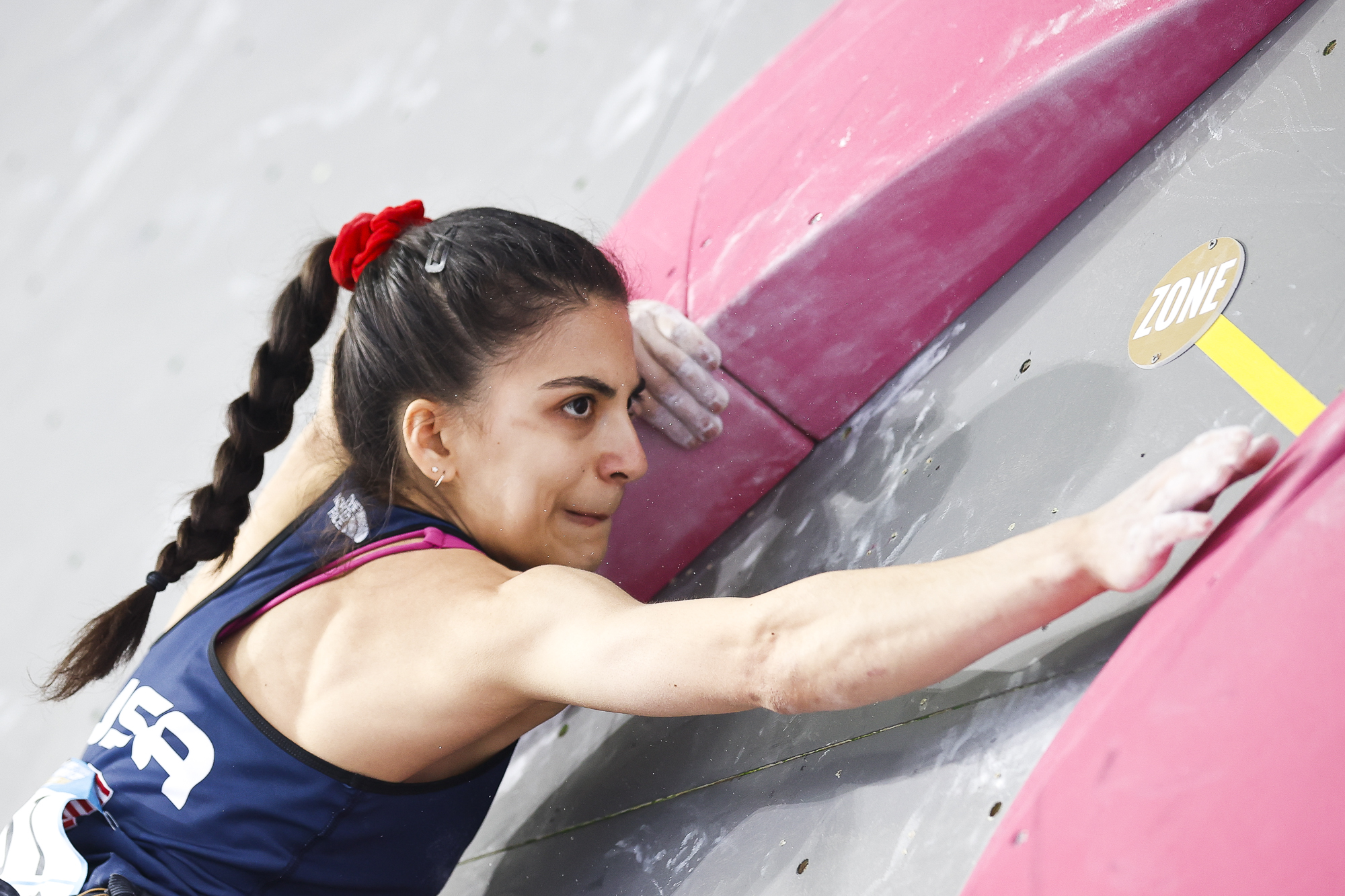 Natalia Grossman of the United States of America competes in the women's Boulder qualification at the IFSC World Cup in Seoul (KOR)
Photo: Dimitris Tosidis/IFSC