INDONESIA SWEEPS THE MEN’S SPEED PODIUM, MIROSLAW PUTS THE ICING ON HER CAKE

A trio of talented Indonesian climbers led by Veddriq Leonardo took the top three positions in the men’s Speed event, with Leonardo securing first place thanks to his teammate Kiromal Katibin’s false start in the race for the gold medal.

“Obviously I’m super happy, and quite excited as well, because it is the first competition of the season,” commented Leonardo. “I felt very confident throughout the entire final, it feels incredible!”

Despite the anticlimactic and disappointing finale, Katibin could console himself with the men’s Speed world record he set during the qualification round, when he stopped the clock at 5.17 seconds – three hundredths of a second quicker than the previous mark, set by Leonardo at last year’s World Cup in Salt Lake City, Utah, USA.

The men’s podium was completed by a third Indonesian climber – Rahmad Adi – who bested Ludovico Fossali of Italy in the small final and won bronze.

For the full results of the men’s Speed event click here. 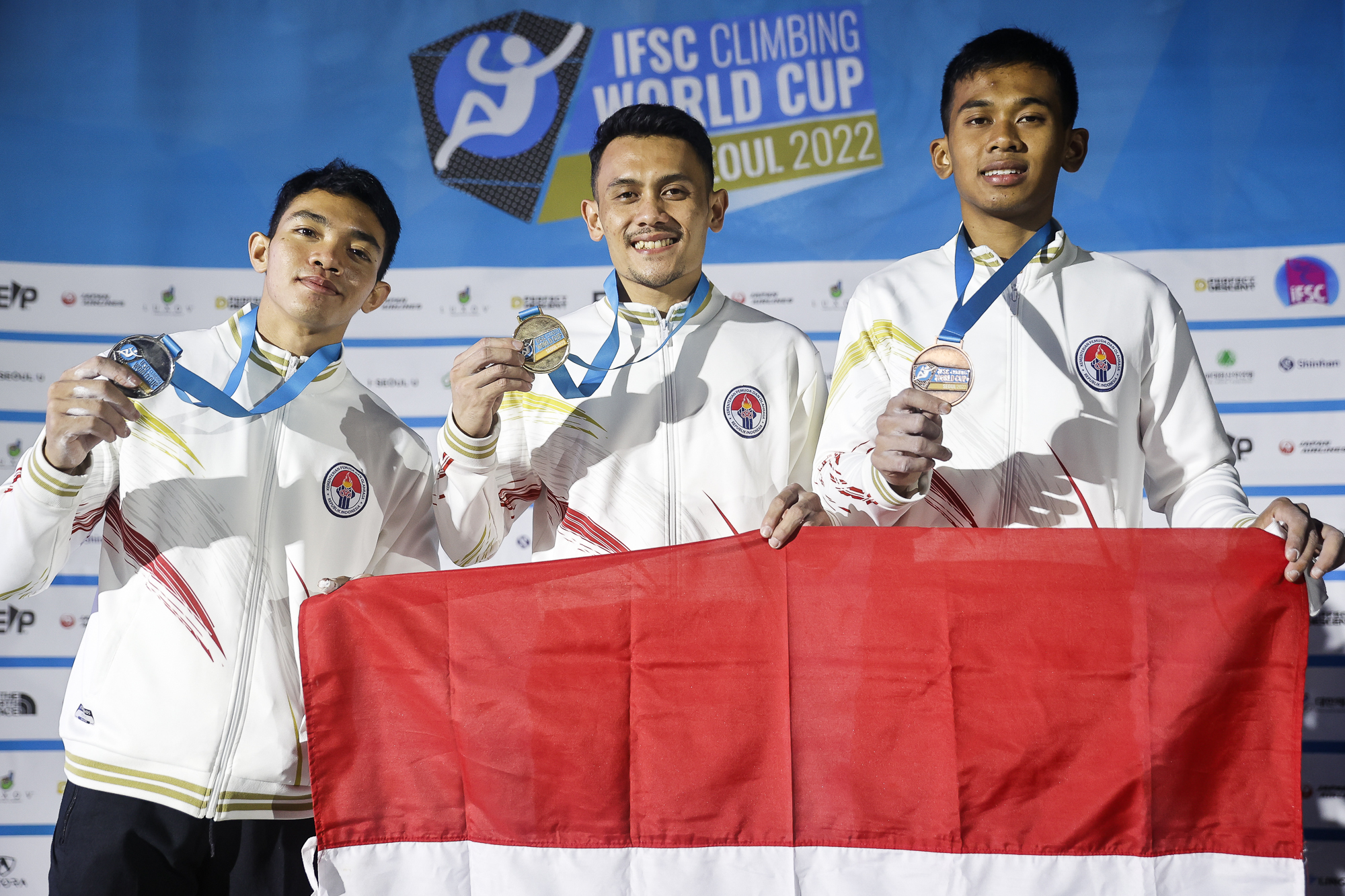 The podium of the men's Speed event at the IFSC World Cup in Seoul (KOR)
Photo: Dimitris Tosidis/IFSC

In the women’s Speed event, Polish Olympian Aleksandra Miroslaw secured the top of the podium at an IFSC World Cup for the sixth time in her career. Miroslaw, a multi-decorated Speed specialist, prevailed over Emma Hunt of the United States of America in the final race, closing with the impressive time of 6.72 seconds.

An even more impressive time was set by Miroslaw in the qualification round, where he crushed the world record she set at the Olympic Games Tokyo 2020 – 6.84 – and hit the finish pad at 6.64 seconds.

“I am very happy, of course, but it hasn’t been my best final,” Miroslaw said. “ I made a lot of mistakes in the first couple of rounds, but the semi-final and the final were pretty good. The mindset was completely different from the qualification, where I set the world record, everyone knows you’re the fastest one and you have to deal with a lot of pressure.”

For the full results of the women’s Speed event click here. 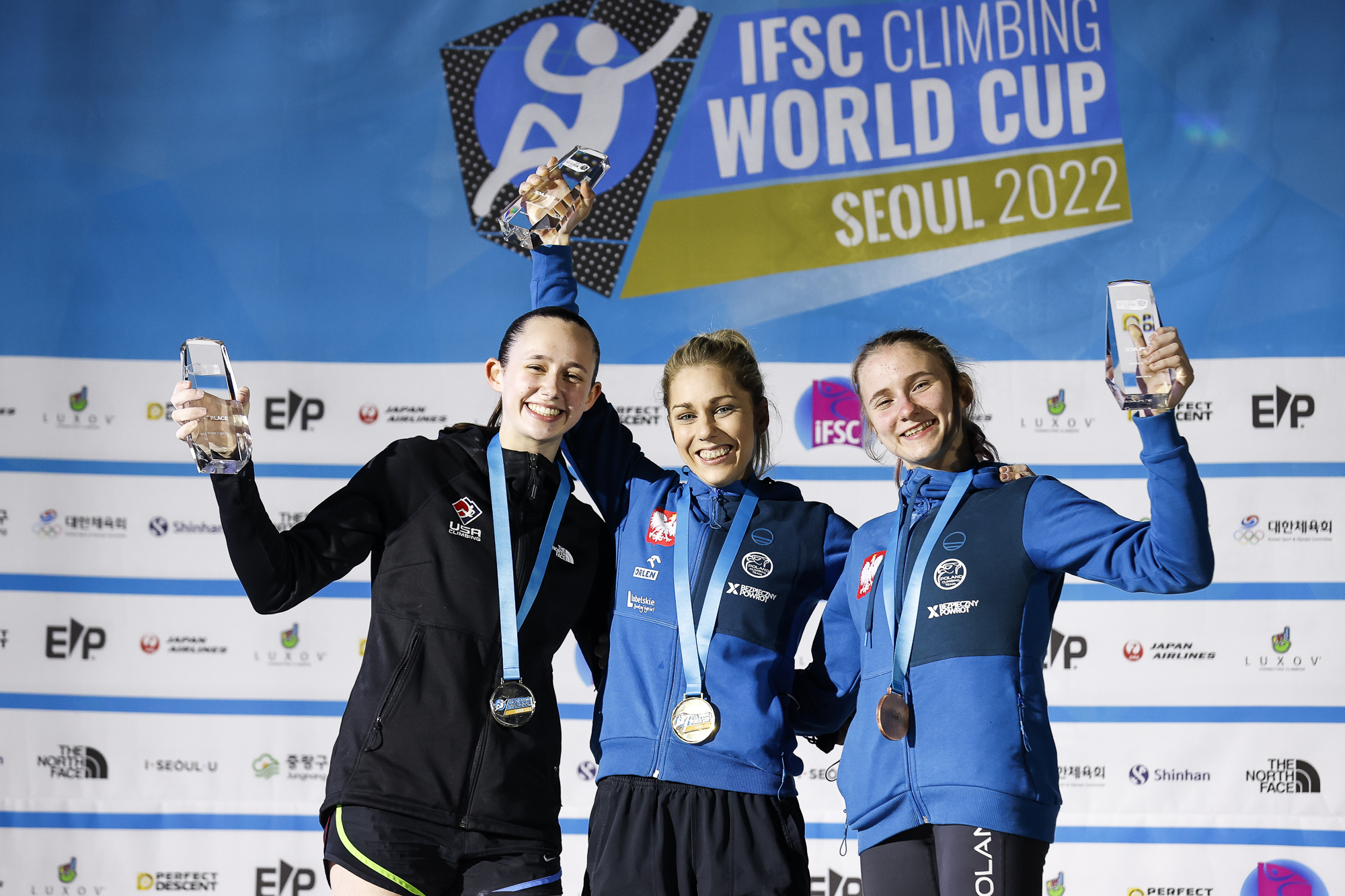 The podium of the women's Speed event at the IFSC World Cup in Seoul (KOR)
Photo: Dimitris Tosidis/IFSC