To commemorate the debut of Sport Climbing at last summer’s Olympic Games Tokyo 2020, the International Federation of Sport Climbing (IFSC) has produced a photo book that will be presented to all those who helped make the event such a success.

The book opens with a message from IFSC President Marco Scolaris and is then divided into three parts: the lead-up to Tokyo 2020, the four days of Olympic competition, and quotes and remarks from climbing stakeholders, including representatives of the IFSC’s National Federations.

In total, 500 numbered copies of the book have been produced. NF delegates attending this week’s General Assembly in Salt Lake City, Utah, USA, have each received a copy. All athletes and team officials who were present at the Olympic Games Tokyo 2020 will also be presented with the book. 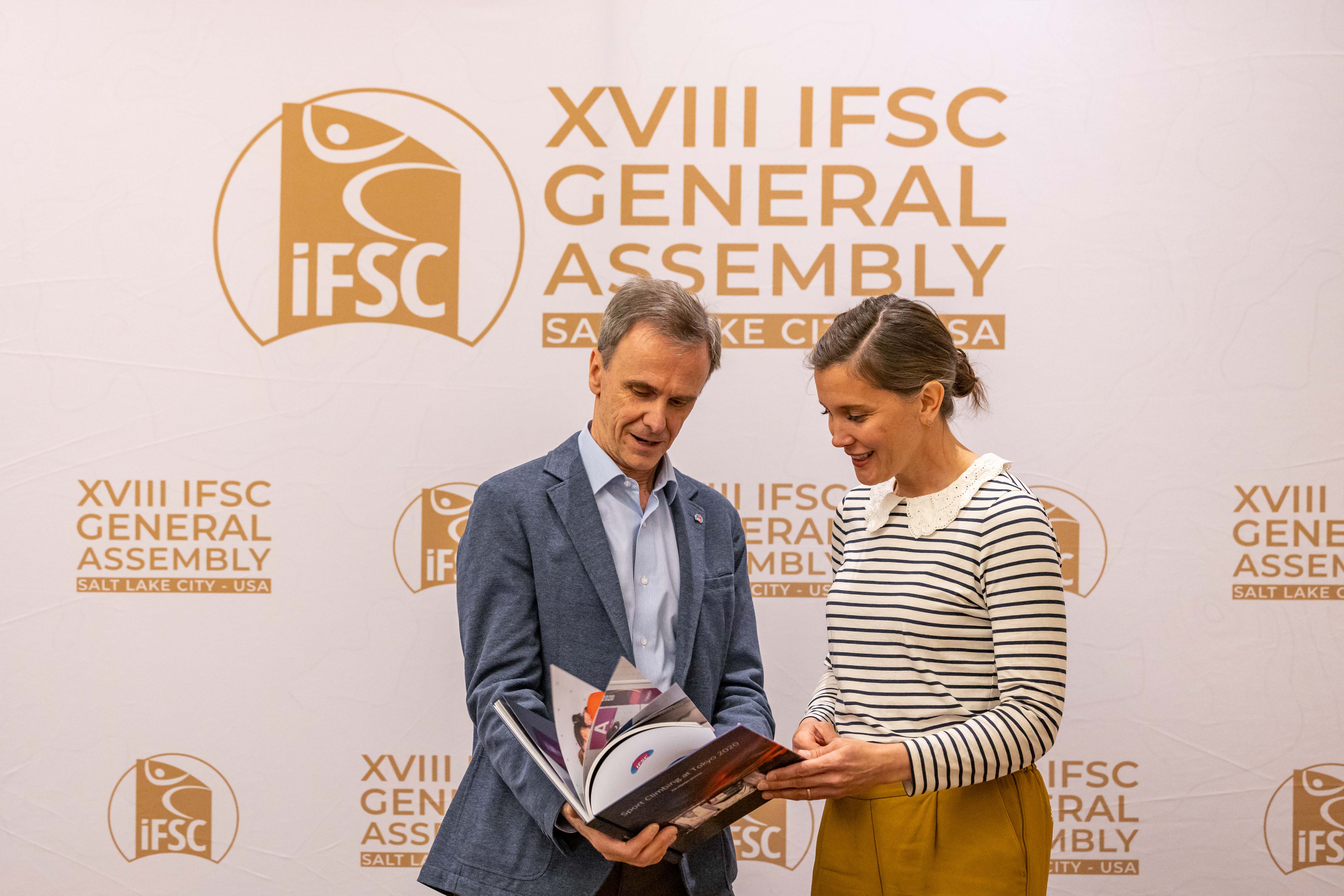