The European Championships Munich 2022 are only 300 days away, and each sport-specific schedule has now been announced!

In August 2022, Sport Climbing will make its much-anticipated debut at the second edition of the multi-sport event, taking place in Munich, Germany, from 11 to 21 August. The first edition took place in Berlin, Germany, and Glasgow, Great Britain, in August 2018.

On Monday, 15 August, some of the fastest climbers in the world will put on a show in the men’s and women’s Speed event, battling for the continental crown and chasing records.

The new Paris 2024 format of Boulder & Lead will then conclude the Sport Climbing programme at Munich 2022: on Tuesday 16, and Wednesday 17, indeed, the two much-anticipated finals will provide a sample of what the new Olympic Sport Climbing event will look. 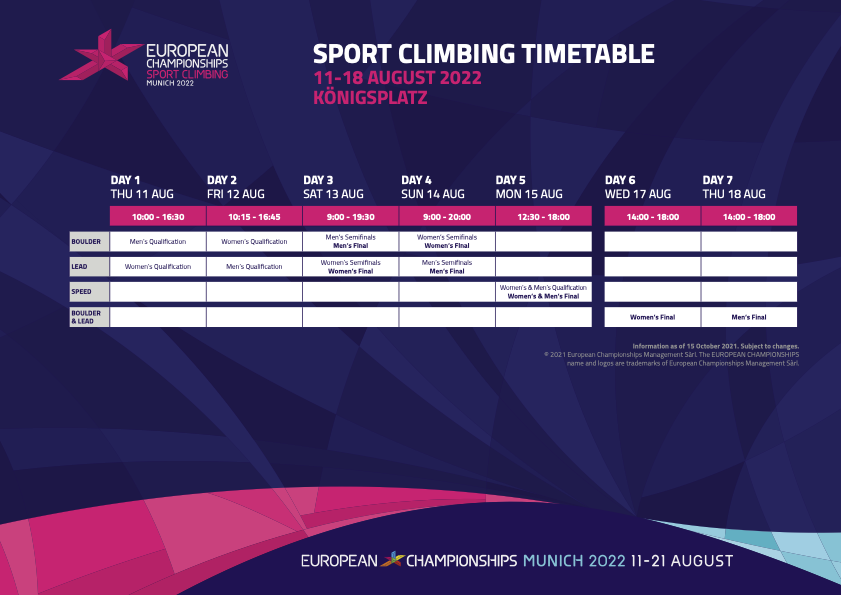