The President of the International Federation of Sport Climbing (IFSC) Marco Scolaris had the pleasure of welcoming Raja Sapta Oktohari, President of the Indonesia Olympic Committee (KOI), to the IFSC headquarters in Torino earlier this week.

Mr Scolaris and Mr Oktohari were joined by IFSC General Director Piero Rebaudengo, KOI Director of International Relations Lilla Horvath, and KOI Delegate Kash Topan for a meeting that focused on the development of Climbing in Indonesia, starting with the much-anticipated IFSC Lead and Speed World Cup that will be organised in September 2022 – the first IFSC competition ever to be held in the country.

“It has been a true pleasure and an honour to welcome Mr Oktohari to Torino, our home. Indonesian climbers had some of the most exciting performances in 2021, with two new men’s Speed world records and an impressive number of medals. We are very much looking forward to seeing them compete during the 2022 IFSC season, where we will finally bring the IFSC World Cup Series to the beautiful country of Indonesia. The future of our sport in the country is bright!” 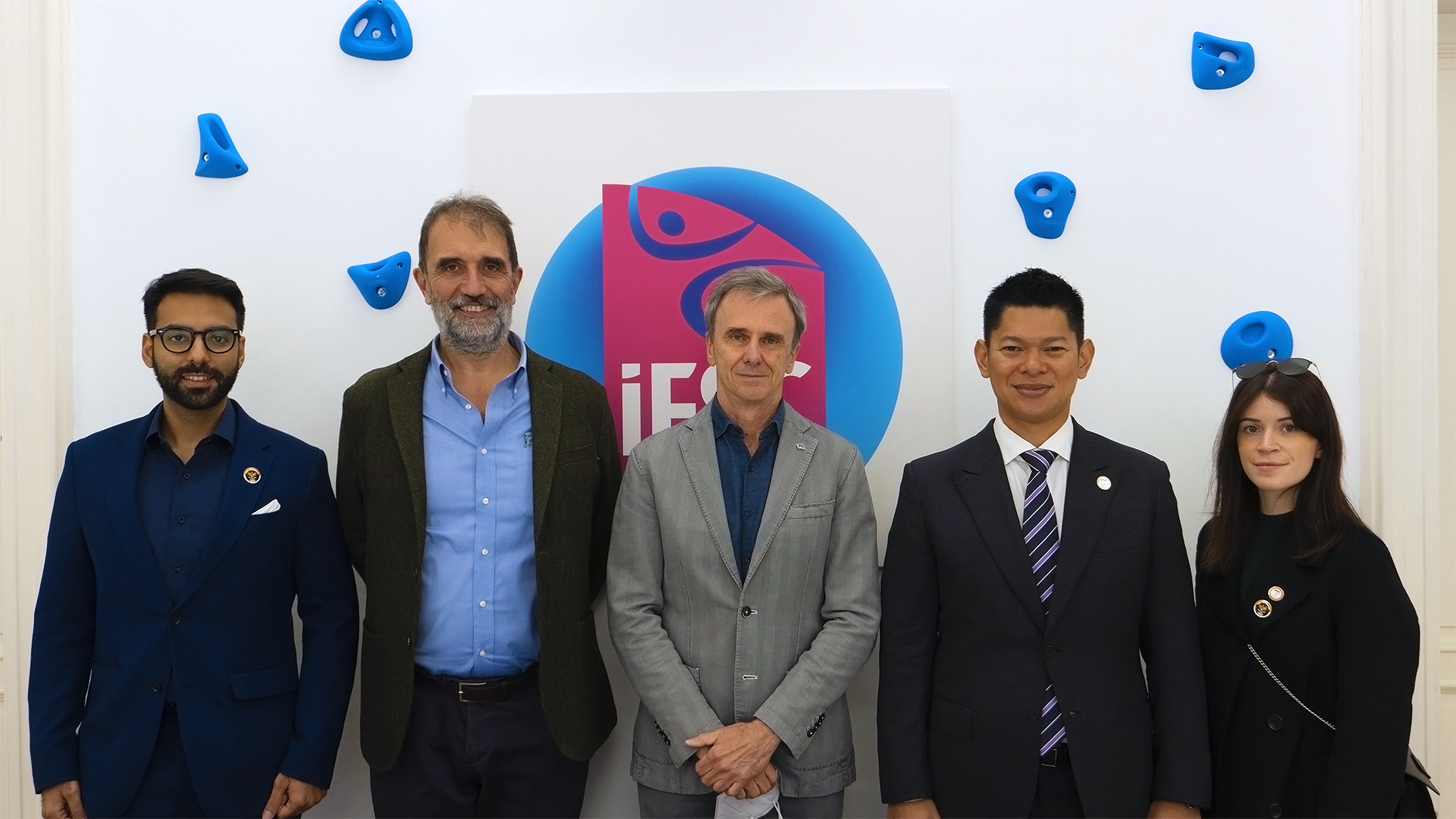