Paraclimbers from all over the world took the stage at the Sender One Climbing Gym in Los Angeles, California, USA, where the final IFSC Paraclimbing World Cup of the season kicked off today. Each of the seven Paraclimbing classes had to face two qualification routes, with the number of athletes advancing to the final depending on the total number of athletes being in the class.

For the men’s B1 Paraclimbing qualification full results click here.

In the men’s AL2 class, Frederik Leys of Belgium took first place by securing the highest point in both routes; Jake Sanchez of the United States followed in second place, qualifying for the final alongside Leys and his teammate Colin Torpey – third at the end of the qualification round.

After taking bronze at the IFSC Paraclimbing World Championships Moscow 2021, Germany’s Korbinian Franck placed himself at the top of the men’s RP1 table. Angelino Zeller of Austria, and US-climbers Elliott Nguyen and Tanner Cislaw also qualified for tomorrow’s final.

In the men’s RP2 sport class, Mor Michael Sapir of Israel dominated the competition, topping both qualification routes and guaranteeing himself the top position in the ranking. India’s Manikandan followed in second position, with United States’ Brian Zarzuela and Benjamin Mayforth also heading to the final, respectively in third and fourth place.

France’s Solenne Piret and Italy’s Lucia Capovilla finished in joint first place in the women’s AU2 class, heading into one of the most anticipated finals of tomorrow’s program. Behind them, United States’ Giovanna Dubuc and Maureen Beck also finished tied, sharing the third position and both entering tomorrow’s final.

In the women’s RP2 class, Jasmin Planck of Austria finished in first place, slightly ahead of Belgian paraclimber Pavitra Vandenhoven. Also through to the final round are Emily Seelenfreund and Caroline Winstel, both representing the USA.

The finals will begin tomorrow at 12:00 PM (UTC-7:00), and they will be live streamed on the IFSC YouTube channel. News and updates about the competition will be available on the IFSC website and on the Federation’s social media channels: Facebook, Twitter, and Instagram. 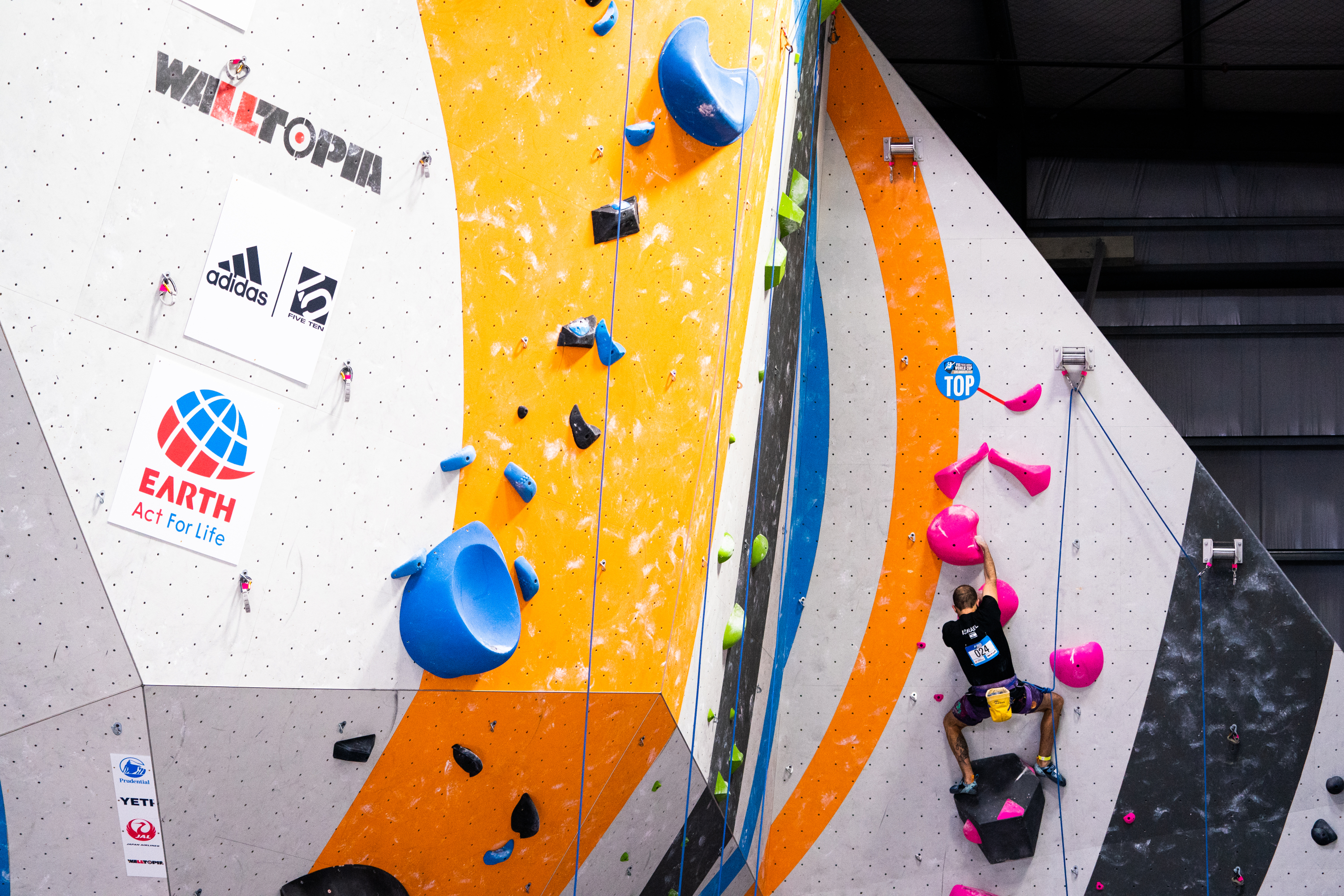