The penultimate round of the International Federation of Sport Climbing (IFSC) World Championships was held at the Irina Viner-Usmanova Gymnastics Palace in Moscow, Russia, this morning. A total of 27 women and 26 men competed in Lead semi-finals, with Olympian Chaehyun Seo (17), of South Korea, and Hamish McArthur (19), of Great Britain, leading the way into tonight’s finals.

Great Britain’s Hamish McArthur dominated the men’s Lead semi-final, achieving the only top out of the 26 athletes participating. The Brit, who took home three medals from the IFSC Youth World Championships in Voronezh, Russia, last month, will head into this evening’s final in first position.

In second place was Olympic bronze medallist Jakob Schubert (30), of Austria, who closed the round with a score of 40+. Slovenia’s Luka Potocar (19) and the Czech Republic’s Martin Stranik (31) concluded the semi-final with the same score as Schubert, though placed third and fourth, respectively, due to their ranking in the qualification round. Olympian Tomoa Narasaki (25), of Japan, also made the final in seventh place.

Olympian Chaehyun Seo, of South Korea, secured a top in the women’s semi-final, alongside the USA’s Natalia Grossman (20) and fellow Olympian Laura Rogora (20), of Italy. The trio move into the final in first and joint second place, respectively, based on their qualification round ranking. Olympians Jessica Pilz, of Austria, and Brooke Raboutou, of the USA, also qualified for this evening’s final in a respective fourth and seventh place, with CFR athlete Dinara Fakhritdinova (28) placing eighth and making the final on home soil. 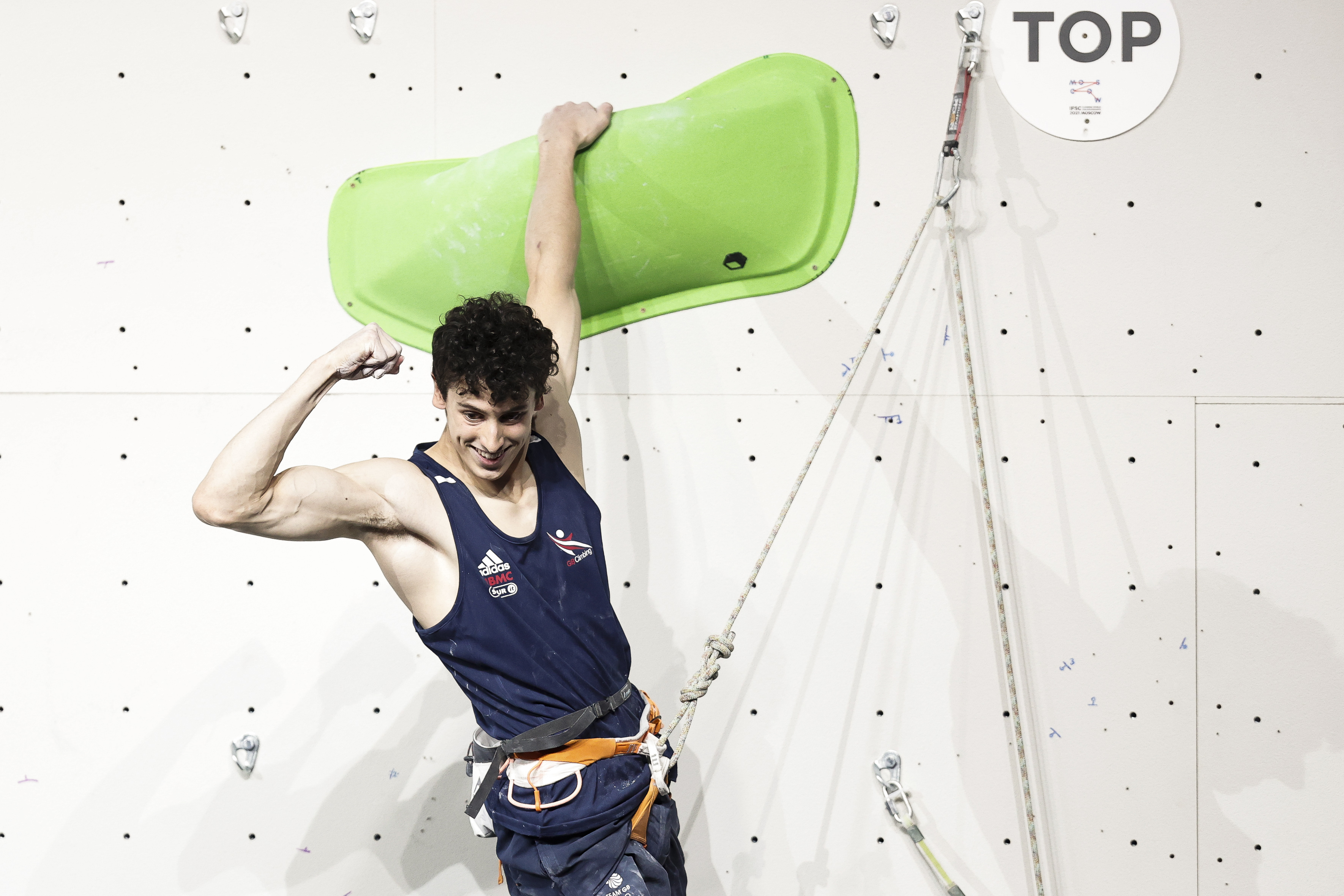 Great Britain's Hamish McArthur was the only athlete to achieve a top in the men's Lead semi-final of the IFSC Climbing World Championships Moscow 2021
Photo: Dimitris Tosidis/IFSC