The final stage of the 2021 International Federation of Sport Climbing (IFSC) World Championships commenced in Moscow, Russia, today, where 167 athletes (70 women and 97 men) took to the walls to compete in Lead qualifications.

In the women’s event, 17-year-old Olympian Chaehyun Seo, of South Korea, headed the scoreboard with a top of both qualification routes, thus securing her spot in tomorrow’s semi-final. Seo was followed in joint second place by the USA’s Natalia Grossman (20) – who won the title of Boulder World Champion in Moscow this weekend – and fellow Olympian Laura Rogora (20), of Italy. Alongside the trio topping the women’s qualification rankings, Slovenia’s Lucka Rakovec (20) was the only other athlete to find a top during the opening Lead round.

Fresh from claiming a silver medal in the men’s Boulder final yesterday, Olympian Tomoa Narasaki (25), of Japan, placed first in the men’s Lead qualification round with 37+ on route one and 36+ on route two. 19-year-old Hamish McArthur of Great Britain followed in second place, having had a successful season so far by taking the Lead and Boulder Youth World Champion titles at the 2021 IFSC Youth World Championships in Voronezh, Russia, last month. Narasaki’s teammate Kokoro Fujii (28) – who won the men’s Boulder World Champion title yesterday – ranked third in the qualification round, being the only athlete in the men’s event to secure a top. Fujii placed third due to falling lower on the second route.

Full results of the women’s Lead qualification round can be viewed here.

Full results of the men’s Lead qualification round can be viewed here.

Lead semi-finals will take place tomorrow at 10:00 AM (UTC+3:00), with finals following at 8:00 PM. News and updates will be available on the IFSC website, and on the Federation’s social media profiles: Facebook, Instagram, and Twitter. 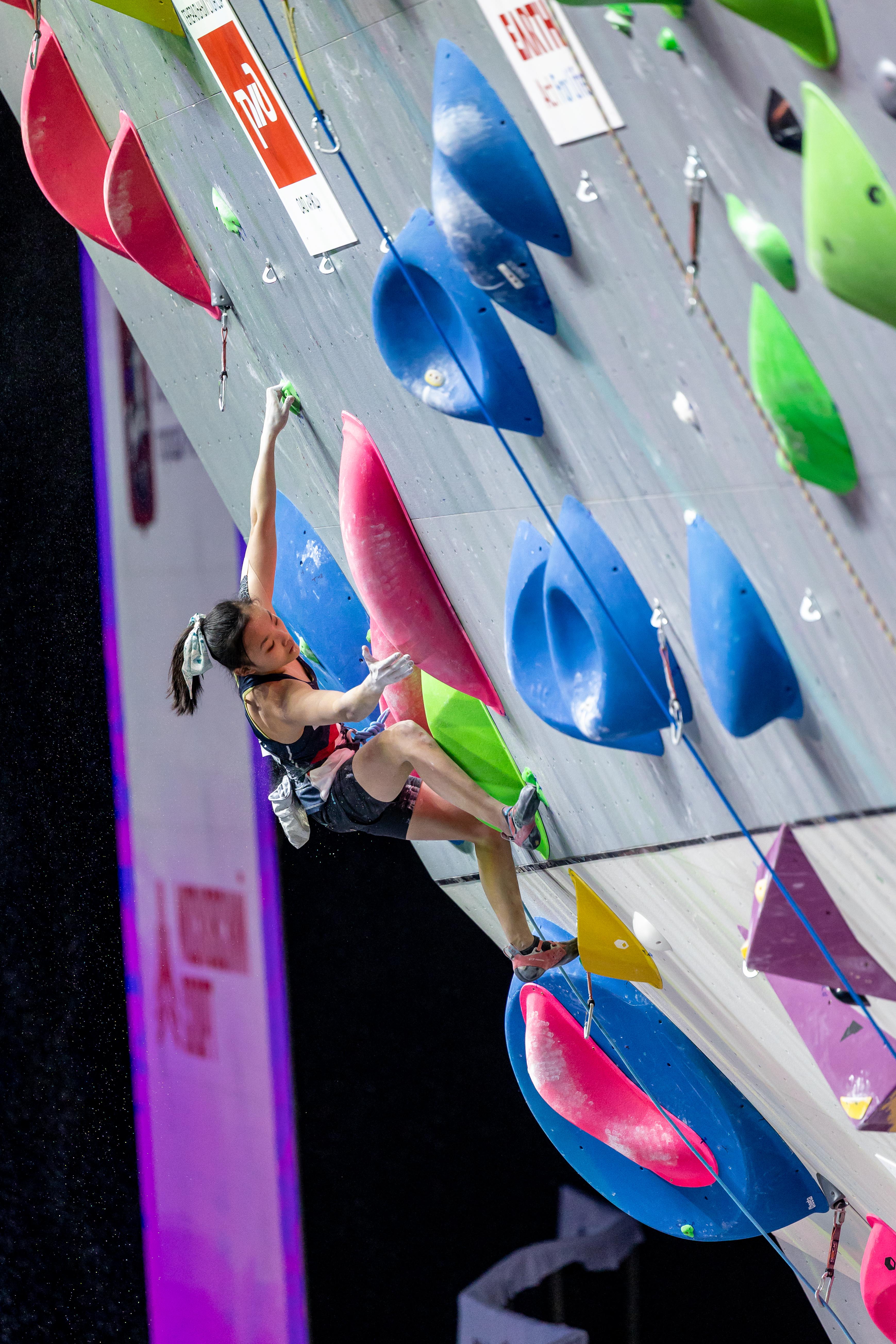