Topping all four boulder problems – two of which were a flash – Fujii deservedly finished in first place, and not only was he the sole climber to secure the zone on bloc number one, he was also the only athlete to find a top. The first boulder featured a series of slopers which defeated all other athletes competing tonight, though Fujii displayed sheer strength and cruised through the moves to reach for the final hold with ease. Cheering as he topped the closing bloc, Fujii snatched the World Championship title from his teammate Tomoa Narasaki (25), who was the reigning champion following the 2019 edition of the championships in Hachioji, Japan.

“I feel unbelievable. I can’t believe it. It’s a dream!” said Fujii following his victory.

Olympian Narasaki, who additionally held the title of Boulder World Champion in 2016, placed second with three tops and three zones. After placing first in this morning’s semi-final round, the Japanese athlete settled for a silver medal, climbing onto an international podium for the 27th time in his impressive career. Alongside teammate Fujii, Narasaki was one of only two athletes to find a top on the second bloc – a delicate slab problem requiring complete concentration and balance.

France’s Manuel Cornu (27) claimed the final position on the podium, screaming as he topped the fourth problem and walking away with the second bronze World Championship medal of his career – the first of which he won on home soil at the 2016 edition of the championships in Paris, France. Olympian Aleksey Rubtsov (33), of the CFR, closed the competition with the same score as Cornu, though missed out on the podium by one place, taking fourth. Israel’s Marcus Nimrod (21) and Slovenia’s Anze Peharc (24) finished in fifth and sixth place, respectively.

Full results of the men’s Boulder final are available here. 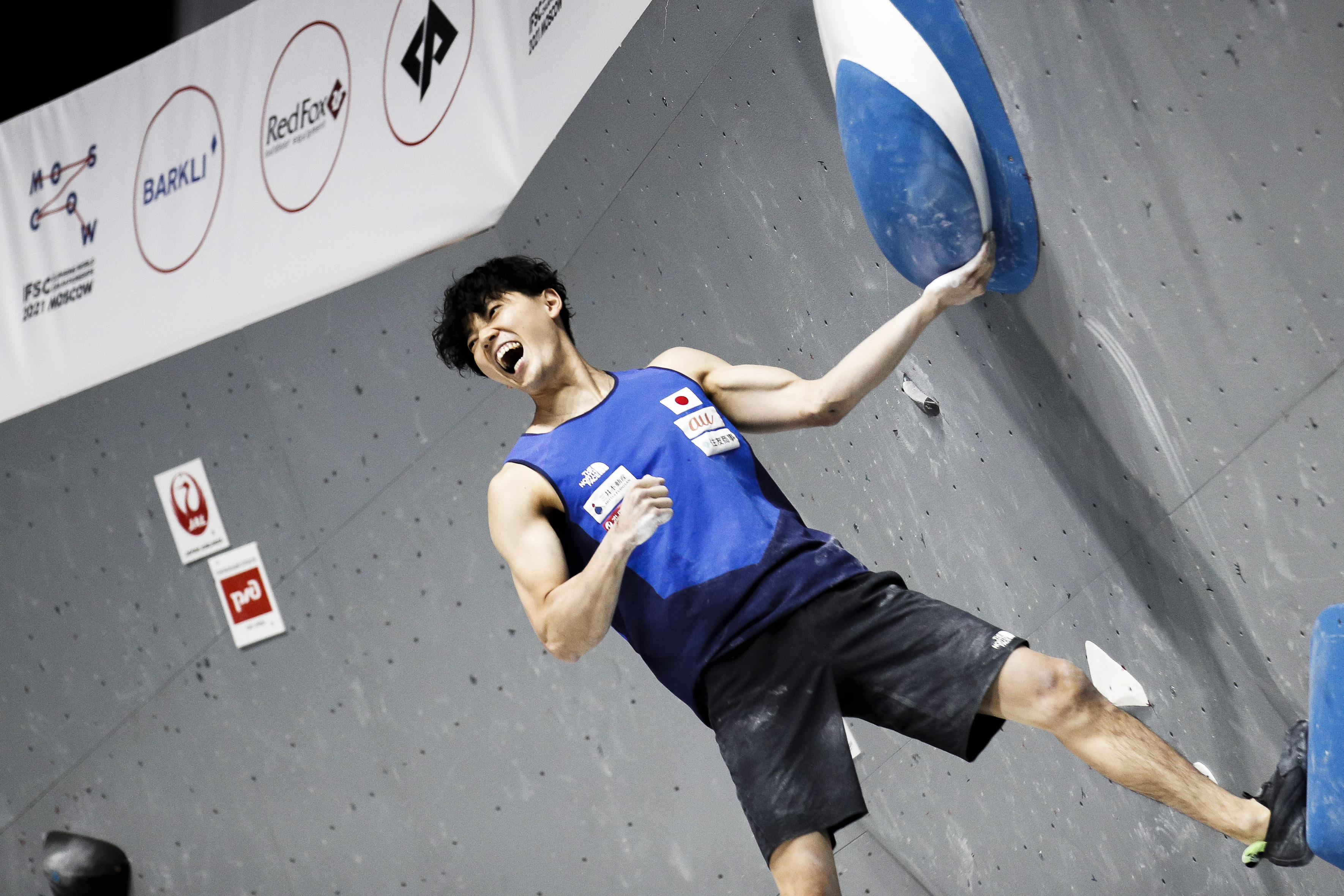