The final act of the 2021 IFSC Paraclimbing World Championships went down at the Irina Viner-Usmanova Palace in Moscow, Russia, where 11 World Champion titles have been awarded in an emotional night.

Four women’s events were contested, with two trophies going to France, and Great Britain and Belgium securing one apiece.

In the opening women’s B2 event, Great Britain’s 23-year-old Abigail Robinson added the third, consecutive gold medal to her collection, prevailing over Austria’s Edith Scheinecker and Italy’s Nadia Bredice, who respectively placed second and third. The last climber to approach the route, Robinson was the only one able to secure the top hold, with Scheinecker closing with the score of 40+, and Bredice with 35.

The 2021 Paraclimbing season will close in Los Angeles, USA, where the third World Cup of the season is scheduled to take place on 9 and 10 October. News and updates will be available on the IFSC website and on the Federation’s social media channels: Facebook, Twitter, and Instagram. 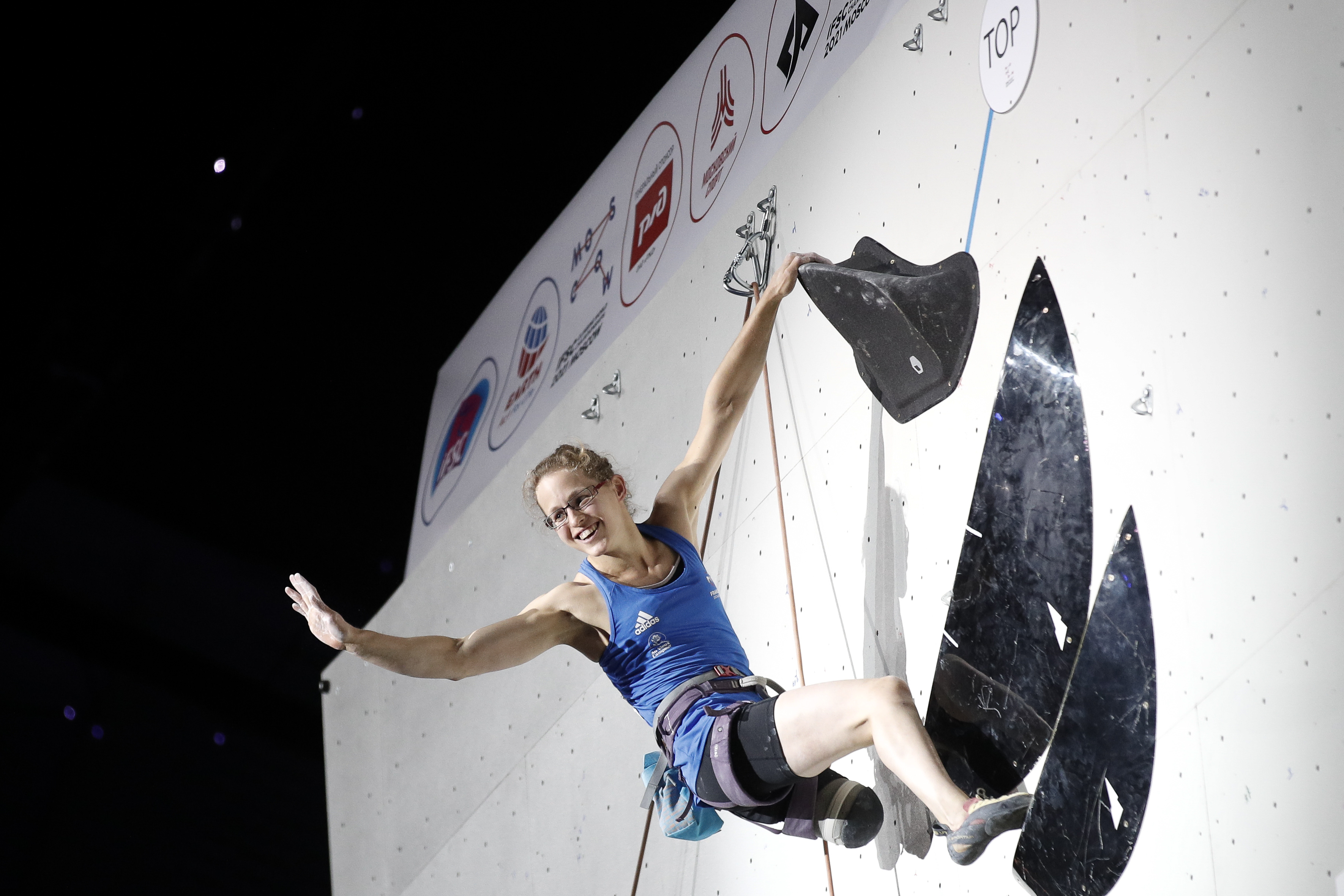 Lucie Jarrige was one of the four French athletes to win a Paraclimbing gold medal at Moscow 2021
Photo: Dimitris Tosidis/IFSC