DANYIL BOLDYREV AND NATALIA KALUCKA ARE THE FASTEST CLIMBERS IN THE WORLD!

Shortly after being officially declared open by Debra Gawrych, Secretary General of the International Federation of Sport Climbing (IFSC), the 2021 IFSC Climbing World Championships in Moscow, Russia, crowned Danyil Boldyrev of Ukraine and Natalia Kalucka of Poland as the 2021 men’s and women’s Speed world champions.

The 29-year-old Ukrainian Speed specialist won the second Speed world title of his multi-decorated career, surviving an extremely tight battle against Italy’s Gian Luca Zodda in the first round – where he won by 0.004 seconds – and prevailing over Kazakh Olympian Rishat Khaibullin and France’s Guillaume Moro in the two following races.

In the final, decisive one, the experienced athlete nailed the second fastest time of the whole final, clocking in at 5.73 seconds and beating Spain’s 27-year-old Erik Noya Cardona – who won his very first international medal, in the most important competition.

The men’s podium was completed by United States’ Noah Bratschi (21), with Moro finishing in fourth place. 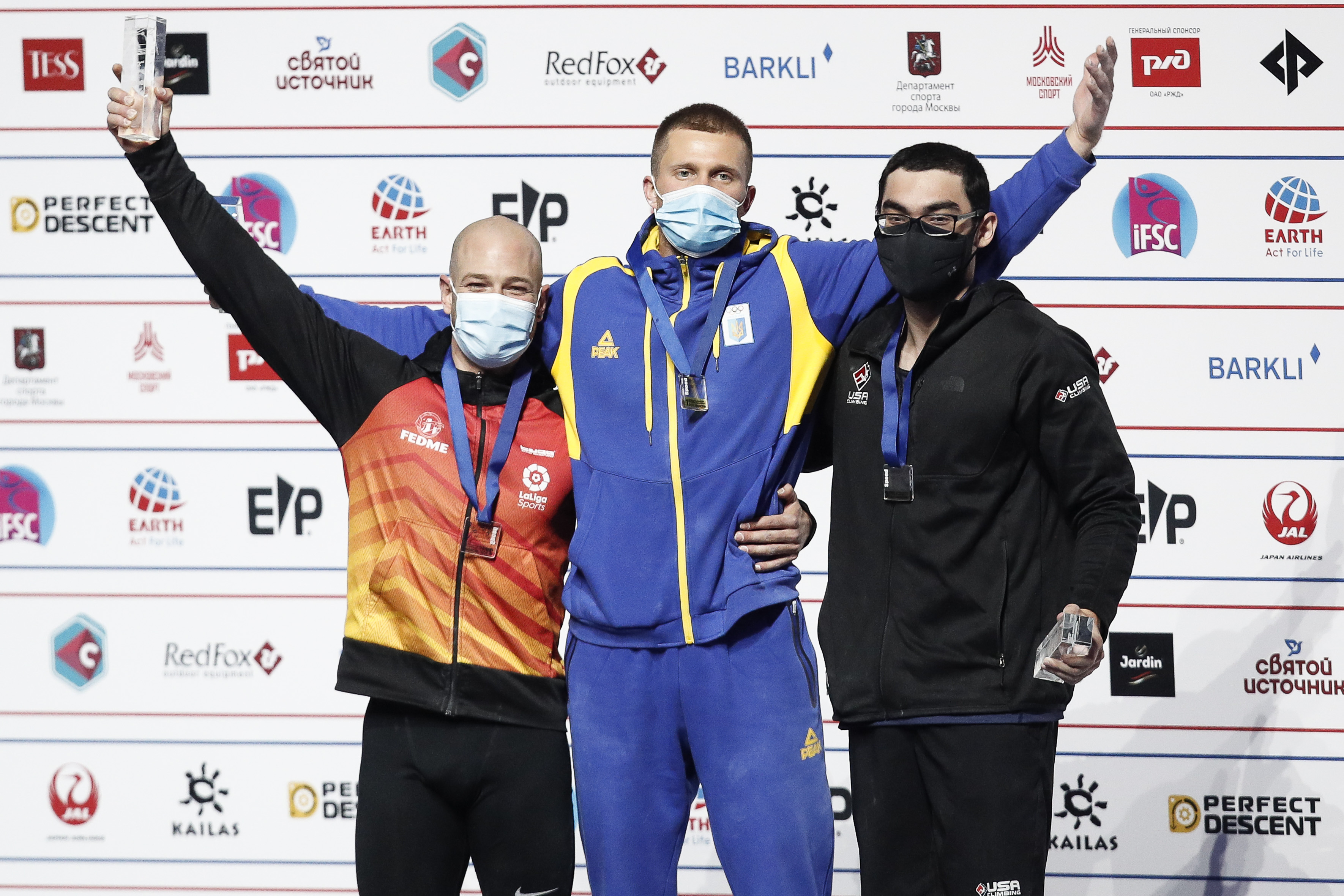 In the women’s event, 19-year-old Natalia Kalucka went through a rollercoaster of emotions, eventually finishing on the highest step of the World Championships podium with the gold medal around her neck: her first international medal as a senior athlete.

Indeed, in her first race, Kalucka fought and beat her twin sister Aleksandra, who recently returned to compete after a long break caused by an injury on her left leg. After winning her quarterfinal against Elizaveta Ivanova of the CFR, in the semi-final and final rounds, the young Polish climber had to face two Tokyo 2020 Olympians, and holders of the fastest times in the world: Aleksandra Miroslaw of Poland, and Iuliia Kaplina of the CFR.

Despite a fall by Miroslaw, and a slip by Kaplina, Natalia Kalucka didn’t take anything for granted in the two final races, sealing her semi-final win with the fantastic time of 7.07 seconds – her new personal best – and signing off with 7.18 in the race for the gold medal.

In the small final, Miroslaw claimed bronze, placing third with the time of 7.00 seconds against Ekaterina Barashchuk of the CFR. 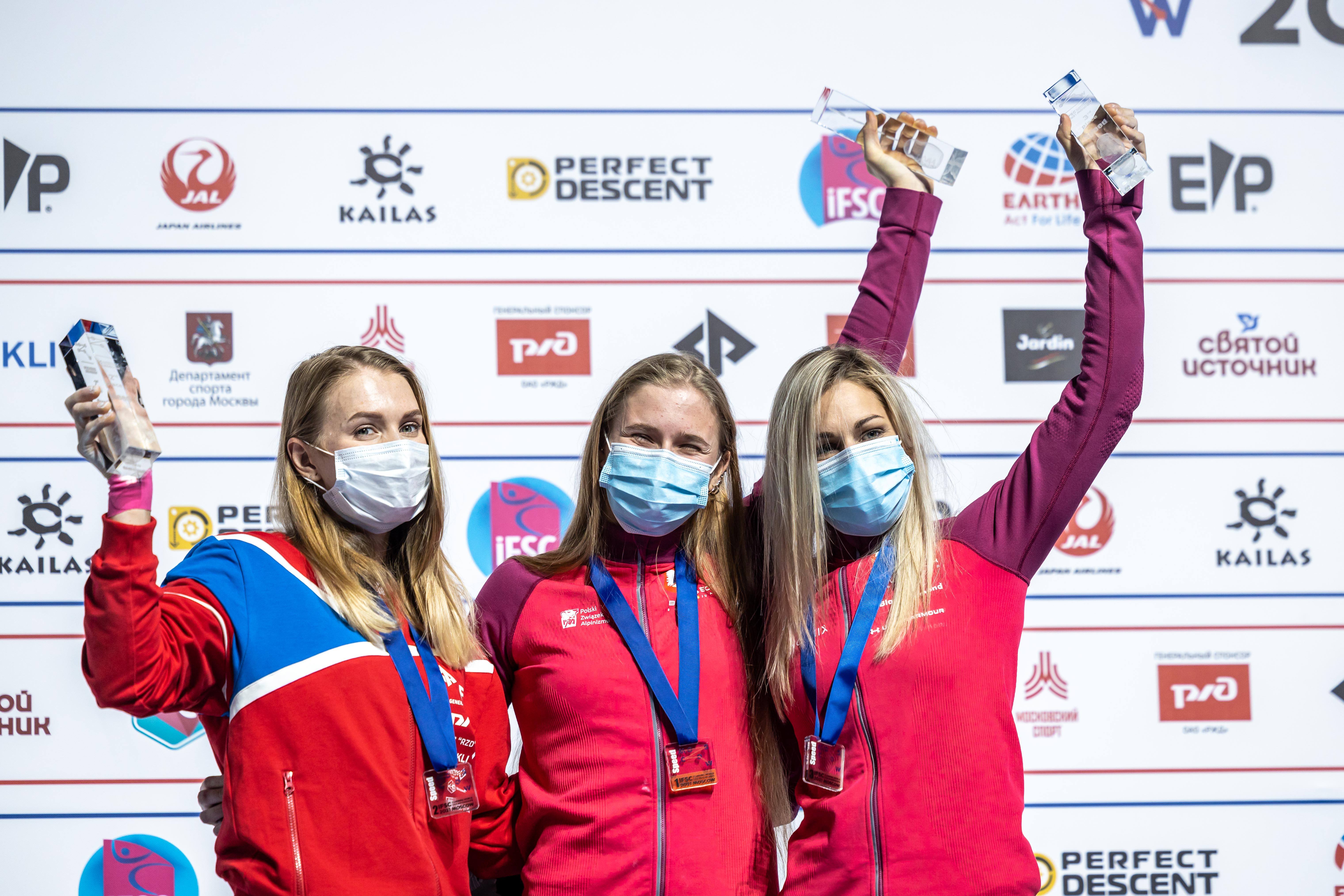 The IFSC Climbing and Paraclimbing World Championships in Moscow, Russia, will continue tomorrow with an action-packed schedule: the women’s Boulder qualification will start at 10:00 AM (UTC+3:00), while the men’s Boulder qualification will begin at 4:30 PM. The program will close at the Irina Viner-Usmanova Palace, with the Paraclimbing finals kicking off at 8:00 PM, and being live streamed on the IFSC YouTube channel.