The 2021 International Federation of Sport Climbing (IFSC) World Championships officially opened in Moscow, Russia, this evening, with distinguished guests and a combination of dancers, music, and a mesmerising display of lights welcoming masked spectators to the Irina Viner-Usmanova Gymnastics Palace.

Lights and lasers opened the show to an electric mix of music, with the words ‘fastest’, ‘highest’, and ‘strongest’ projected on the climbing walls to depict the three Sport Climbing disciplines of Speed, Lead, and Boulder. Dancers then took to the stage, with giant glittering flower petals in the centre of the performance opening to reveal a spectacular, contorted figure inside.

Esteemed guests were next invited to share their words, including First Deputy Head of the Moscow Department of Sports and Olympic champion Svetlana Bazhanova, President of the ROC and four-time Olympic champion, CFR President Dmitriy Bychkov, and IFSC Secretary General Debra Gawrych. Each welcomed the championships to Moscow in front of an arena of masked and socially-distanced spectators, thanking all those involved for their perseverance in making the competition happen during the pandemic. Determination and hope were key themes throughout the opening speeches, with Sport Climbing also being congratulated on its successful Olympic debut at the Olympic Games Tokyo 2020 this August.

“We dreamed of this moment and despite the pandemic and lockdowns, here we are,” said CFR President Dmitriy Bychkov. “It is heartening to share this with some of the best Sport Climbing athletes, as well as those watching around the globe. Thanks to the IFSC for making it happen.”

IFSC Secretary General Debra Gawrych talked of the triumphs of Sport Climbing in spite of the pandemic, and expressed her appreciation to those who have helped Sport Climbing achieve the Olympic dream, before officially declaring the 2021 IFSC Climbing and Paraclimbing World Championships open.

The first finals will take place this evening in Speed, followed by Paraclimbing finals tomorrow night. Results, news, and updates will be available on the IFSC website, and on the Federation’s social media profiles: Facebook, Instagram, and Twitter. 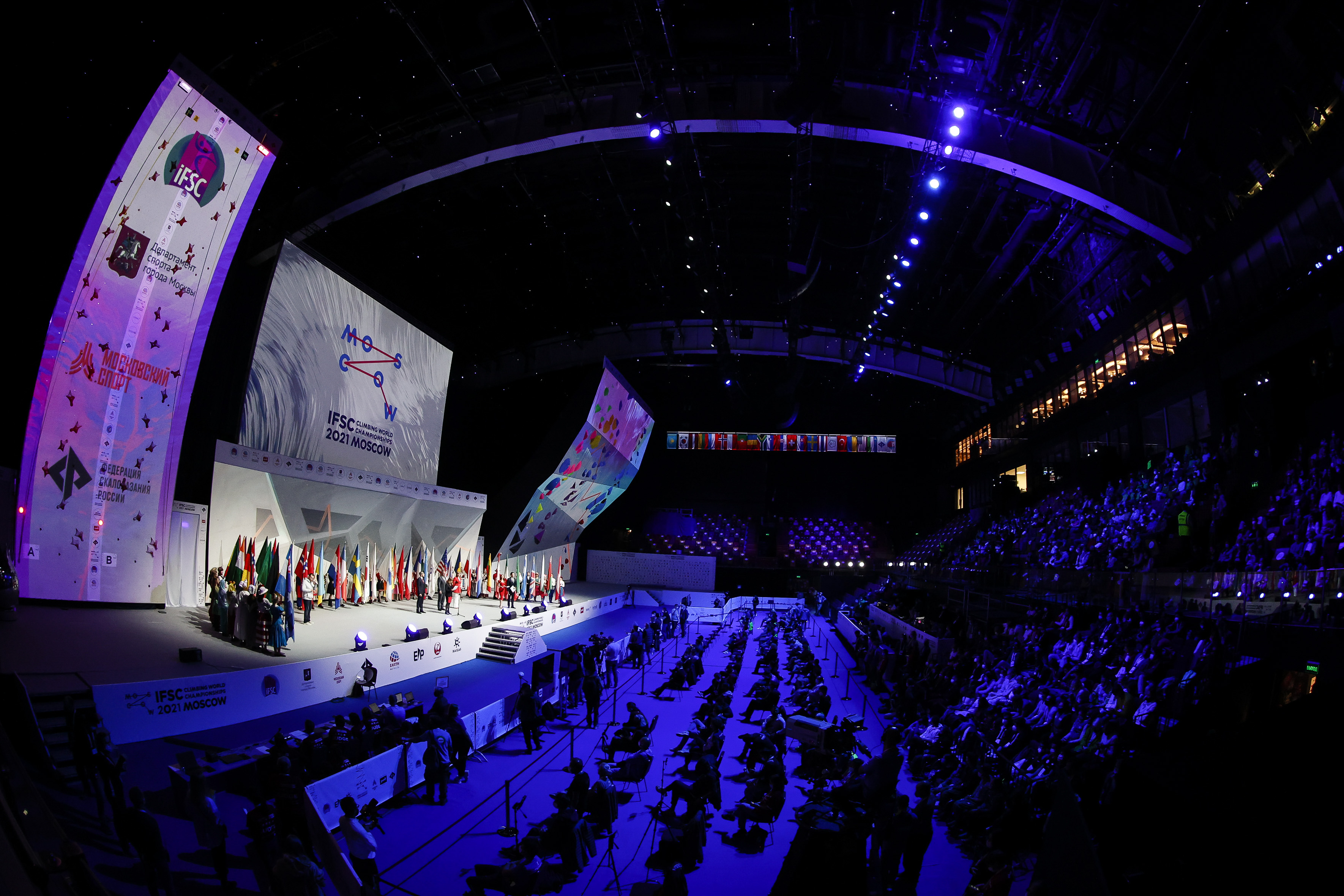