At the end of the award ceremonies of the IFSC Lead world Cup in Kranj, Slovenia, two representatives of Climbers Against Cancer (CAC), the Official Charity of the International Federation of Sport Climbing (IFSC), took the stage to present the two latest donations made by the organisation founded by the late John Ellison.

Marco Jubes, coach of the Belgian Climbing Team, presented a 25,000.00 £ cheque to be donated to Asociación Galbán, an organisation based in Oviedo, Spain. IFSC Honorary Member Mr Helmut Knabl, a CAC International Ambassador since 2018, presented a 30,000.00 € cheque that will go to the German Cancer Research Center (DKFZ).

About Climbers Against Cancer: Founded by the late British climber and IFSC Honorary Member John Ellison, IFSC Official Charity CAC aims to rally together the support and camaraderie of the climbing community to raise awareness of the disease, as well as much-needed funding for cancer research. Following the loss of our beloved friend of Sport Climbing in December 2015, when John sadly lost his battle with cancer, the IFSC vowed to continue its support of CAC. 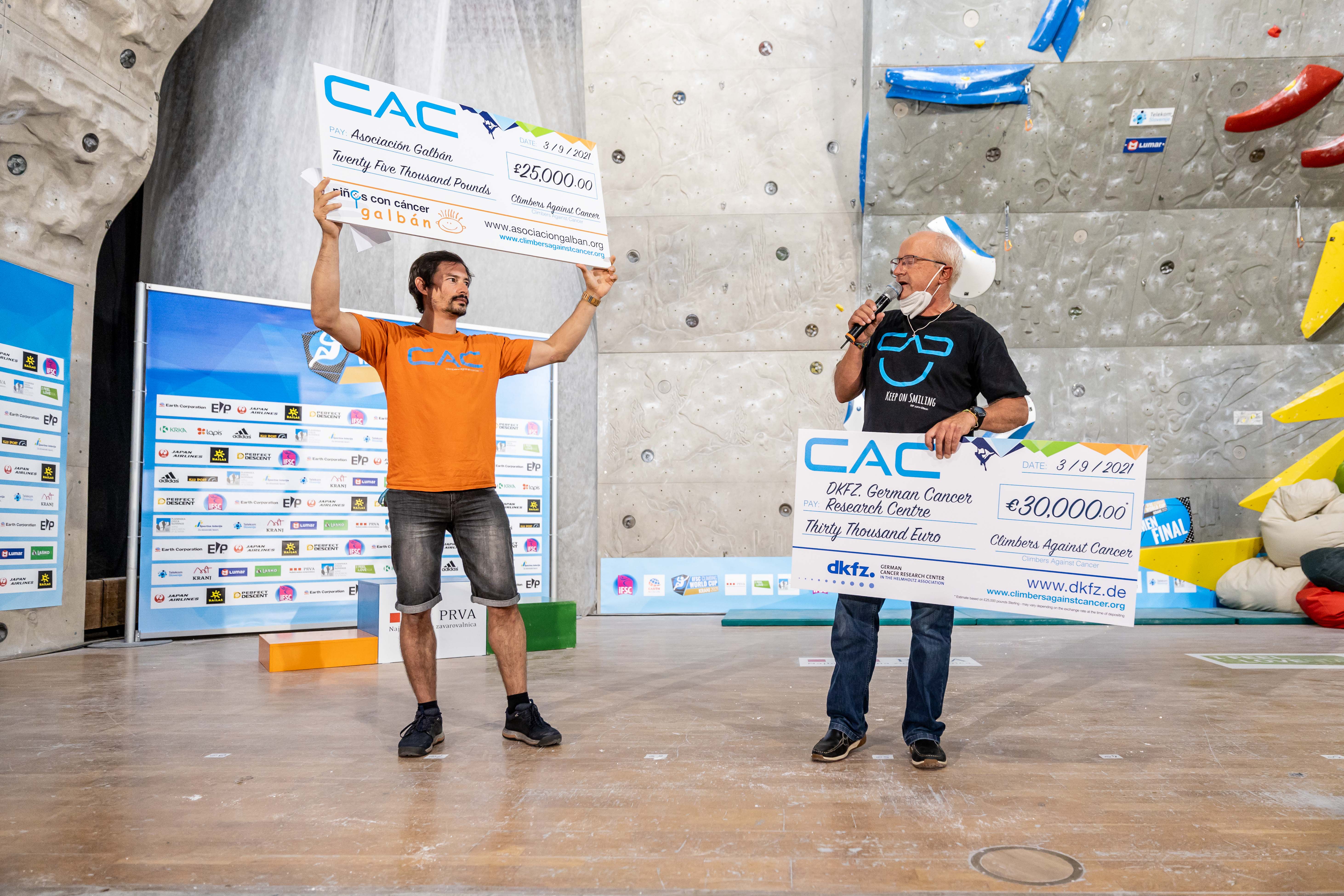