The IFSC World Cup Kranj 2021 closed in fantastic fashion, with Olympic Champion Janja Garnbret putting on a show and securing the 31st World Cup gold medal of her fantastic career – a tally that now puts her ahead of South Korea’s Jain Kim, and makes her the most successful climber of all time.

Competing on her home soil, 22-year-old Garnbret crushed the competition, entering the stage last and signing off with 49+ – only a couple of holds short of the top. South Korea’s Seo Chaehyun (17) followed in second place with 46 and won silver, while United States’ Natalia Grossman (20) took bronze with 41+.

With tonight’s victory, Garnbret also clinched the 2021 Lead World Cup title, jumping from fourth to first place in the ranking and concluding the season with 300 points; Natalia Grossman placed second with 296, and Laura Rogora (20) of Italy finished third with 278. 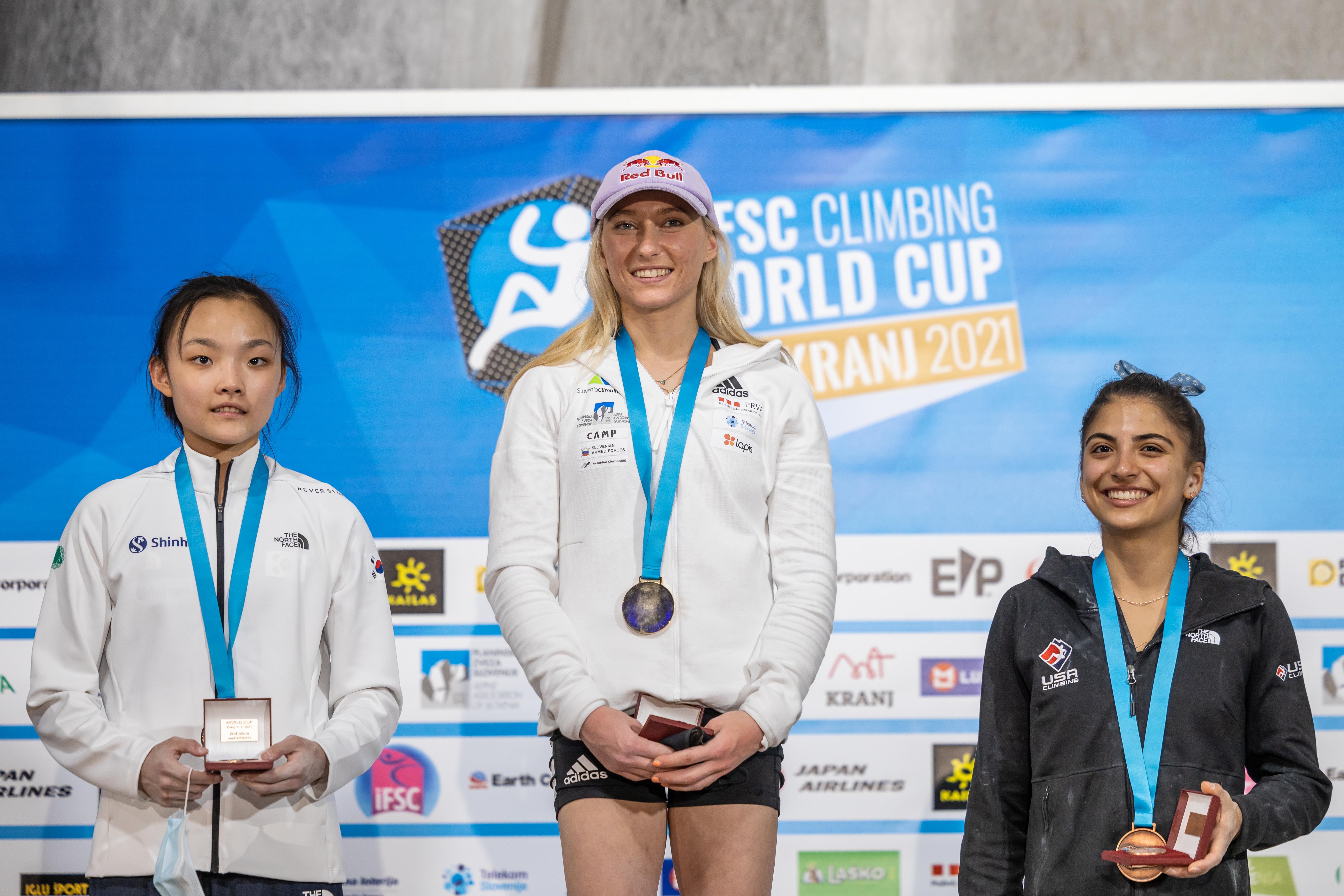 In a challenging, hard-fought men’s final, Japan’s 28-year-old Masahiro Higuchi pocketed the first World Cup gold medal of his career, adding it up to the only other one he previously won: a bronze, also in Kranj, in 2018.

Despite failing to top the final route, Higuchi closed with a score of 37, and prevailed over a well-balanced field of competitors: Luka Potocar (19) of Slovenia followed in second position with 31+, climbing on a World Cup podium for the very first time in his career; Sebastian Halenke (26) of Germany completed the podium in third place – also with 31+. 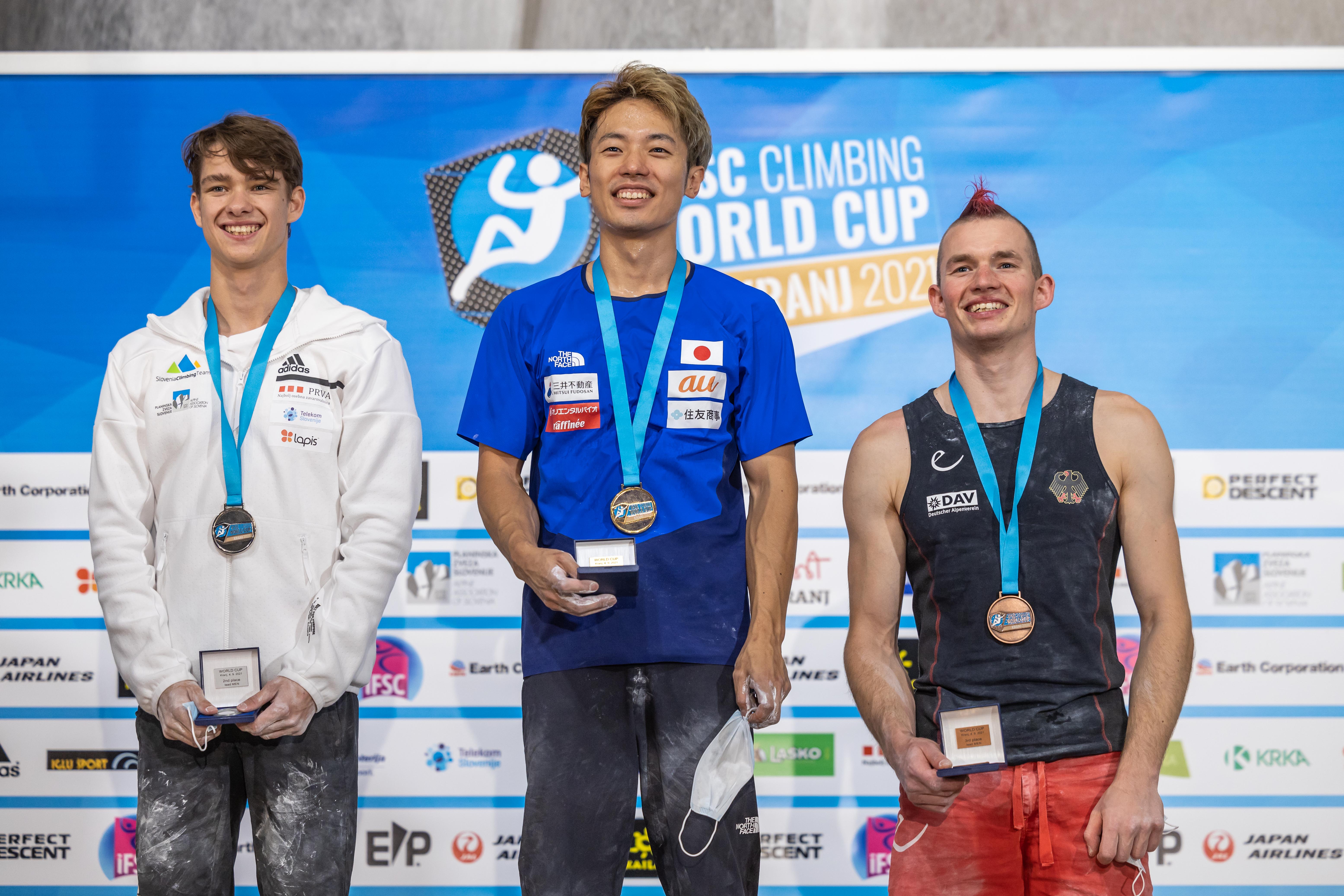 The 2021 IFSC Season will now move to Moscow, Russia, where the IFSC Climbing and Paraclimbing World Championships are scheduled from 16 to 21 September. The final World Cup stage of the season, then, will take place in Seoul, South Korea, from 1 to 3 October.