BAILEY, GHISOLFI, LEHMANN ADVANCE TO THE SEMI-FINAL IN KRANJ, WILL KEEP BATTLING FOR THE 2021 LEAD TITLE

The IFSC Lead World Cup Kranj 2021 got off to an early start this morning, as the first competitors in the men’s event approached the wall at 8:00 AM sharp.

Domen Skofic of Slovenia, and Sascha Lehmann of Switzerland were able to top both routes, finishing in joint first place, and preceding another pair of athletes: Italy’s veteran Stefano Ghisolfi, and Japan’s 18-year-old Ao Yurikusa.

Along with United States’ Sean Bailey – winner of two Lead gold medal in 2021, and eighth at the end of the qualification round – Lehmann and Ghisolfi are the only climbers who can still claim the 2021 IFSC Lead World Cup title.

The full list of athletes that qualified for tomorrow’s semi-final is as follows:

Tomorrow’s semi-finals and finals will be live streamed on the IFSC YouTube channel. Semi-finals will start at 9:00 AM (UTC+2:00), while the women’s final will kick off at 6:00 PM, followed by the men’s one. 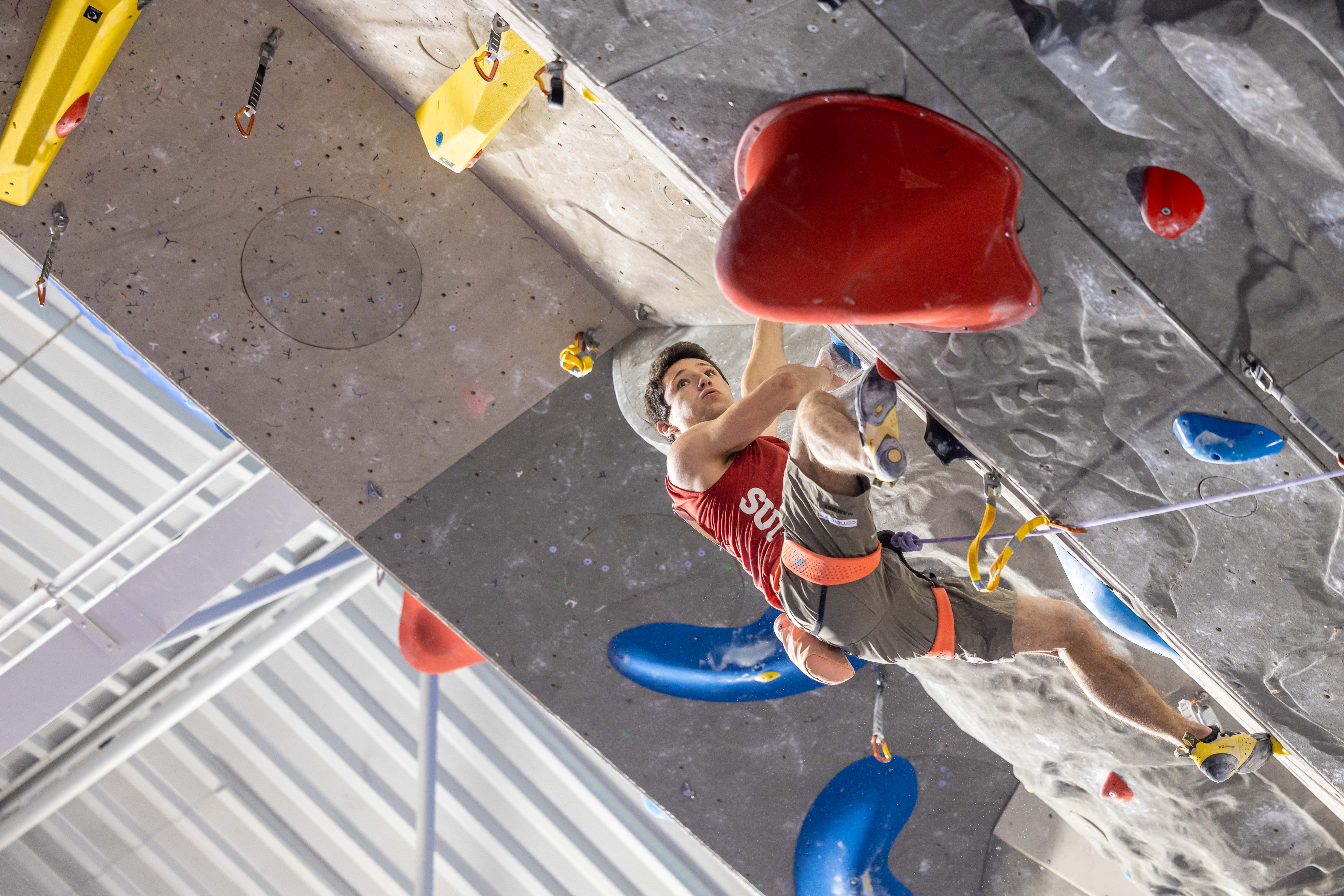