The penultimate day of the 2021 International Federation of Sport Climbing (IFSC) Youth World Championships took place in the Russian city of Voronezh today, with Junior and Youth A women competing in Boulder finals and Team France triumphing in both.

In the Junior women’s Boulder final, France’s Naïlé Meignan (17) came out victorious with three tops and four zones, taking the gold medal and besting the silver she won in Boulder during the 2018 edition of the championships in Moscow, Russia. This is the 15th time that Meignan has stood atop the podium, having also accomplished a total of 13 IFSC European youth medals between 2017 and 2021. Behind Meignan, Great Britain’s Emily Phillips (18) closed the competition in second place with two tops and four zones. Phillips took home a combined bronze medal from the IFSC Youth World Championships 2019 in Arco, Italy, and her medal collection also boasts two European Cup medals. Slovenia’s Lucija Tarkus (17) completed the podium line-up in third place with two tops and three zones, using more attempts than Phillips. Tarkus took the silver medal in the Junior women’s Lead final earlier this week, and has been a European youth medallist a total of 12 times. Japan’s Nonoha Kume (17), who won gold in Lead ahead of Tarkus, missed out on the Boulder podium in fifth place. 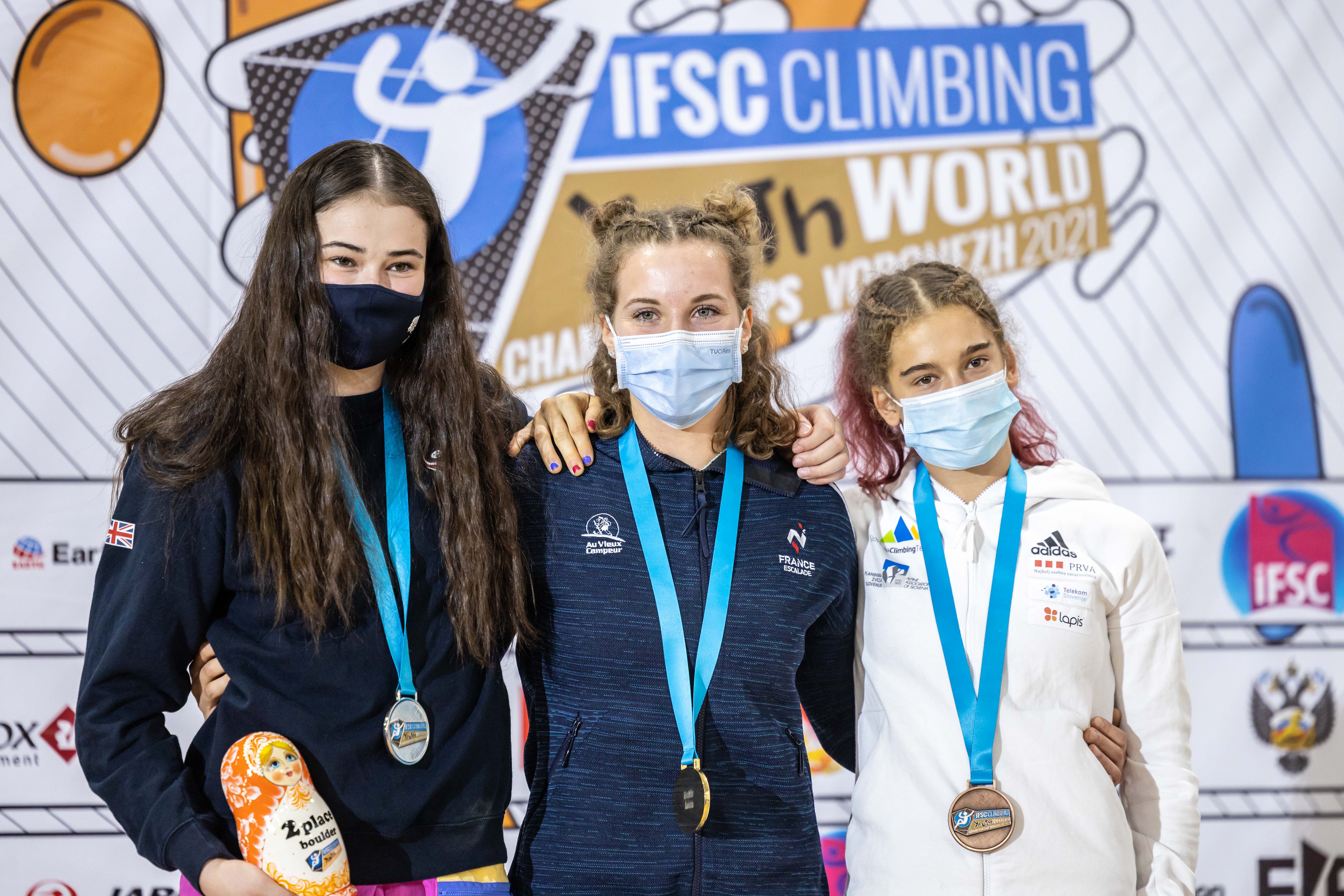 Following the podium of the Junior women’s Boulder final, a combined ranking was calculated for Junior athletes competing across Lead, Speed, and Boulder in Voronezh. Phillips took the top ranking and therefore added a gold medal to her collection, with Tarkus placing second. In third place was Iran’s Mahya Darabian (19), who has made the podium of an Asian Youth Championships eight times between 2016 and 2019. 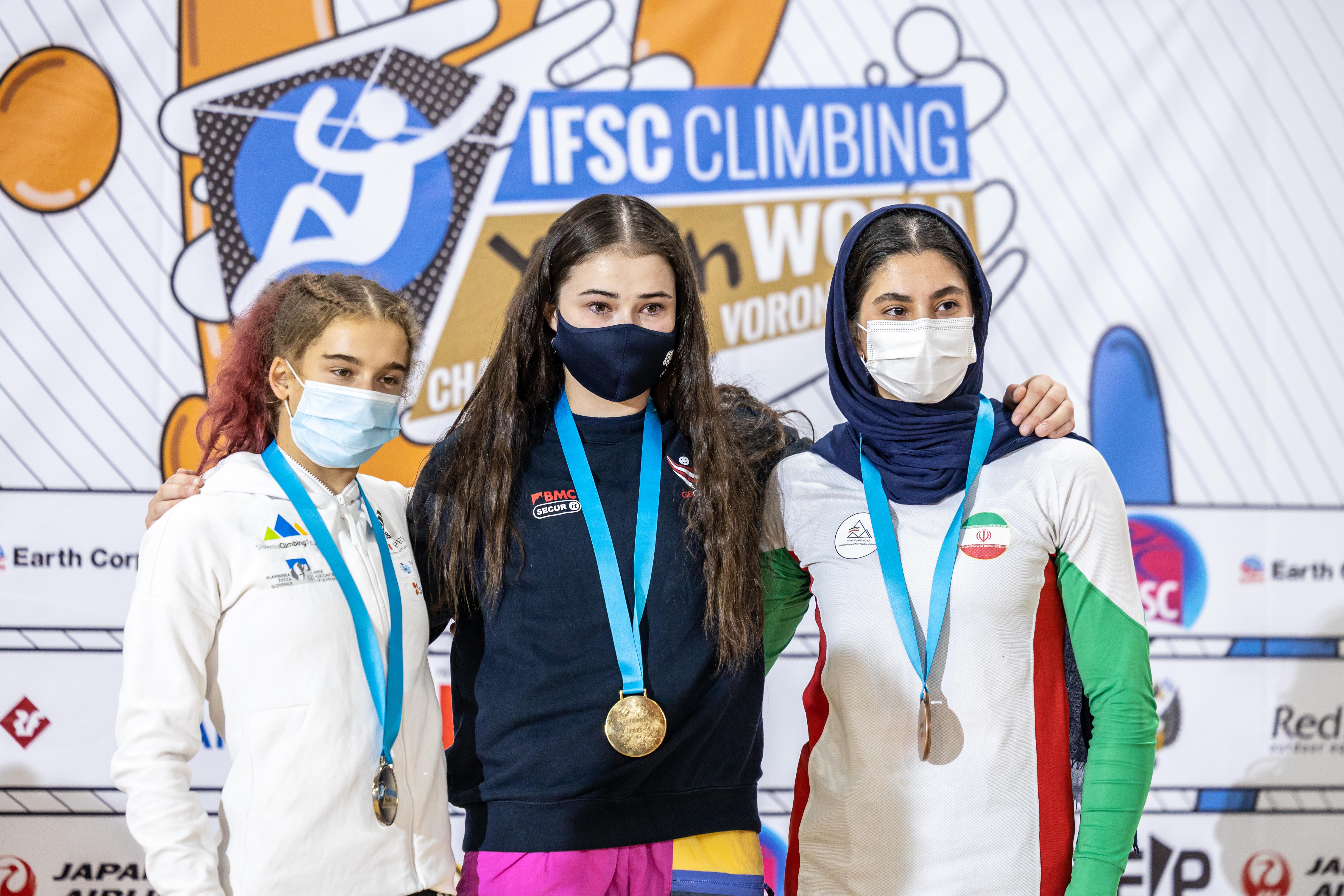 In the Youth A women’s Boulder final, France’s Zélia Avezou (17) placed first with one top and four zones. Having earned three European youth medals so far in her career, this is the first time that Avezou has made an international Sport Climbing podium. Taking second place was Slovenia’s Sara Copar (16), who won the Youth A women’s Lead competition in Voronezh and has also won six European youth competitions between 2019 and 2021. Italy’s Alessia Mabboni (16) took the third podium position, also earning her second medal of the week after taking silver in Lead. 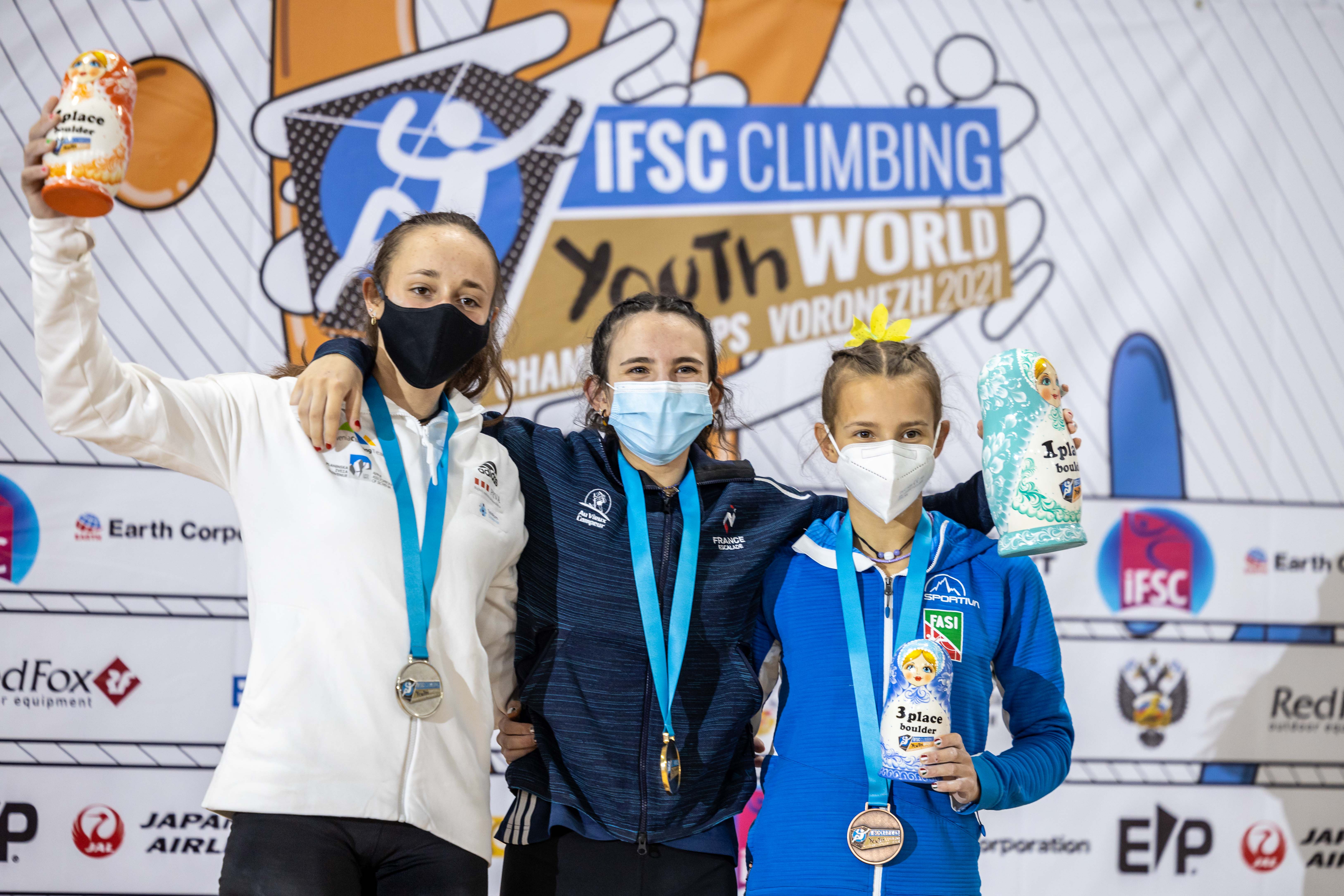 Copar achieved first place in the Youth A women’s combined ranking, taking a third medal of the IFSC 2021 Youth World Championships, ahead of the USA’s Callie Close (16) in second, and Slovenia’s Liza Novak (16) in third. Close won a bronze medal in the Youth A women’s Speed competition last weekend, and Novak took bronze in Youth A Lead. 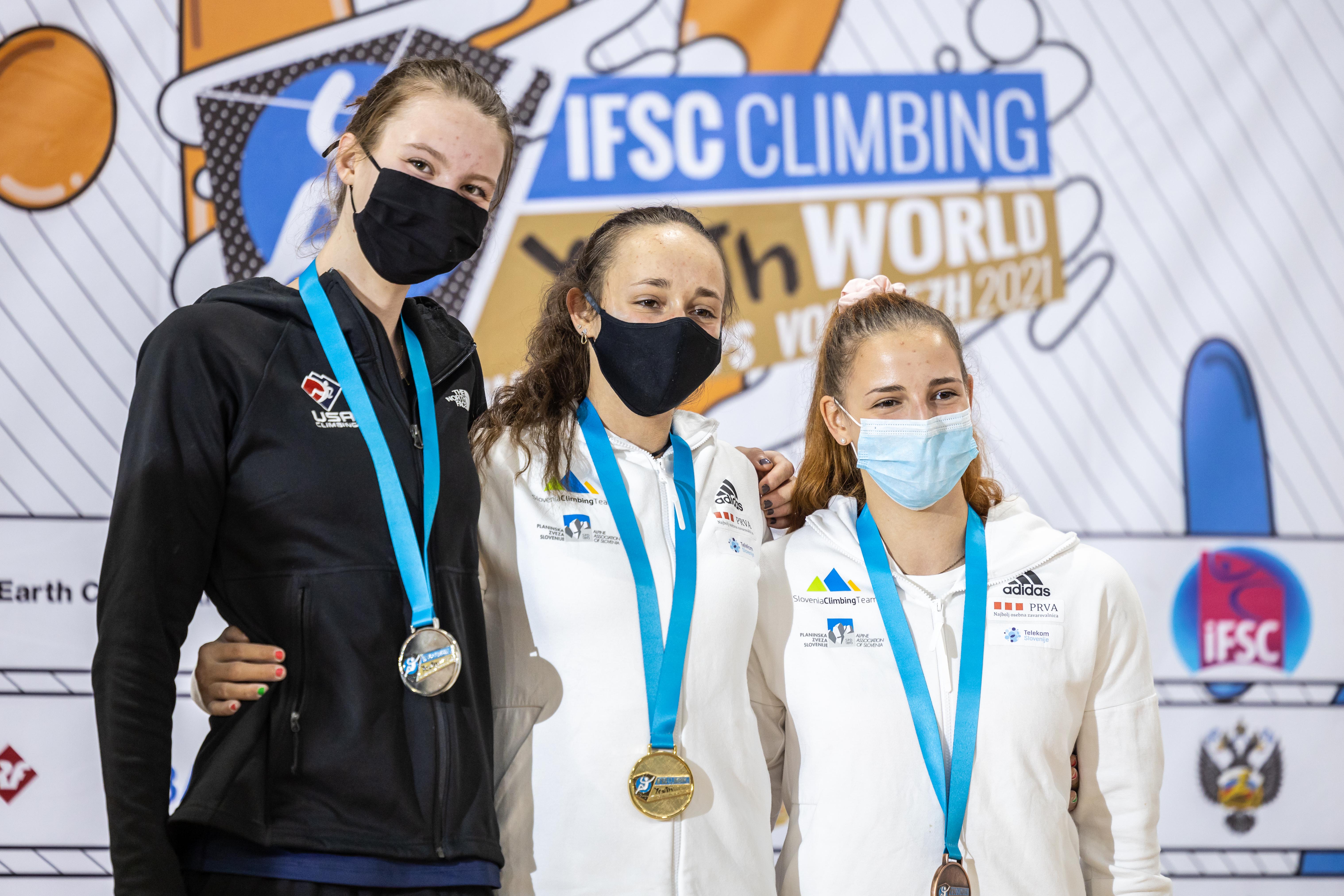 The Youth World Championships conclude tomorrow with Youth B Speed. Male and female athletes will compete in qualifications from 11:00 AM (UTC+3:00), then finals at 2:30 PM. Finals will be streamed live on the IFSC YouTube channel here.

Full results of the women’s Junior Boulder final can be seen here.

Full results of the women’s Junior combined ranking can be seen here.

Full results of the women’s Youth A Boulder final can be seen here.

Full results of the women’s Youth A combined ranking can be seen here.