The Russian city of Voronezh is set to welcome 10 days of climbing from Saturday, with the International Federation of Sport Climbing (IFSC) Youth World Championships taking place from 21 to 30 August.

Competing in Boulder, Lead, and Speed, climbers will vie not only for a Youth World Championship title, but also a place to compete at the World Games 2022 in Birmingham, Alabama, USA. Six spots are up for grabs, with one quota place awarded per discipline and gender for athletes climbing in the categories of Juniors and Youth A. Qualification rankings will be published in early 2022.

A total of 18 medallists from the 2019 edition of the IFSC Youth World Championships will return to defend their titles in Voronezh. Two athletes to keep an eye on are 16-year-old Oriane Bertone of France and Bulgaria’s Aleksandra Totkova, also 16. Bertone not only won two gold medals at the 2019 championships in Boulder and Lead, the young climber also took home a silver medal at her debut senior World Cup in Meiringen, Switzerland, earlier this year, before swiping a second silver in Salt Lake City, Utah, USA, in May. The French athlete is therefore one-to-watch – particularly in Boulder. 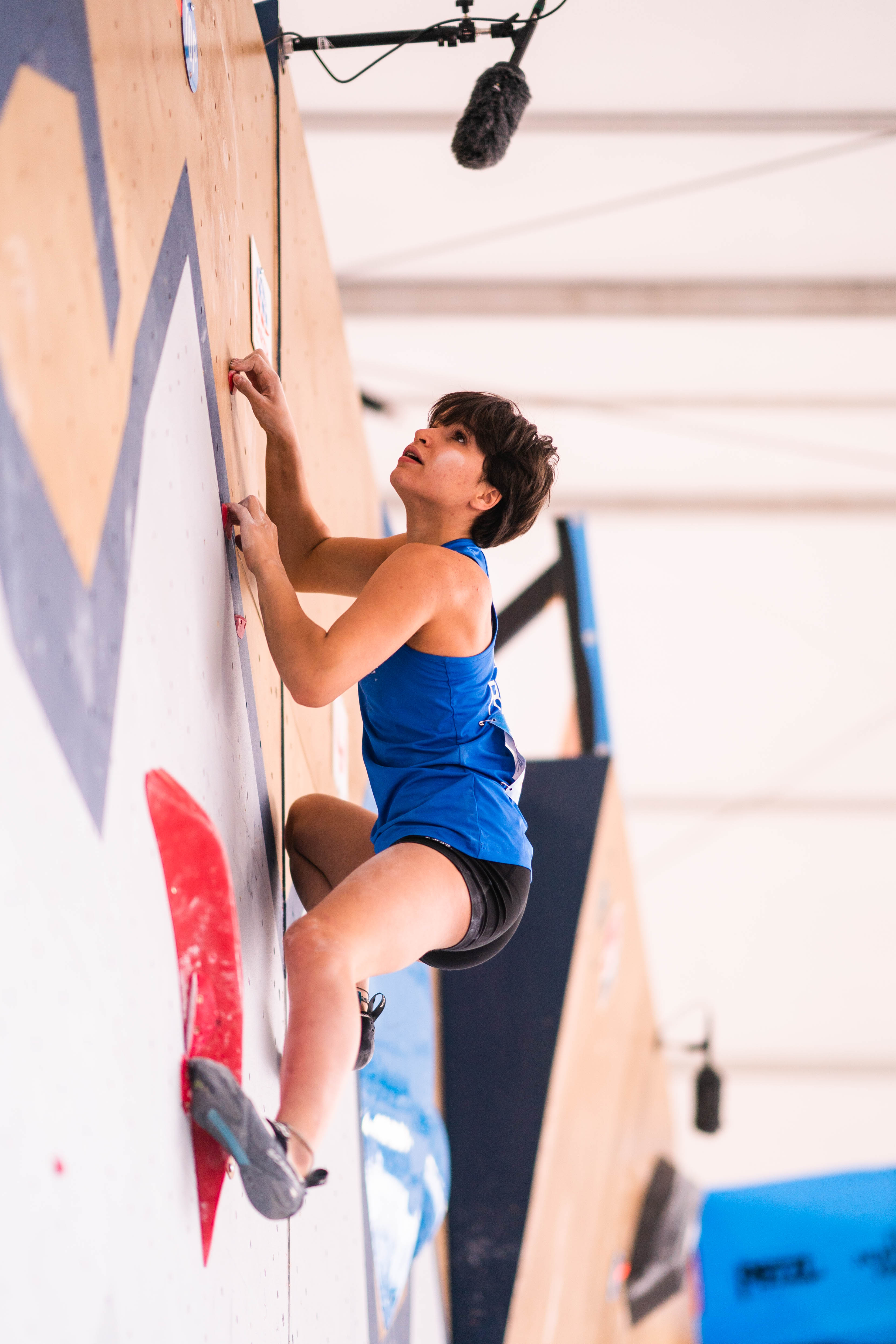 Totkova achieved two medals at the 2019 Youth World Championships in Arco, Italy, taking third place in Lead and winning a combined silver medal for her overall performance. Also making her senior World Cup debut this year, the 16-year-old added a bronze medal to her collection at the IFSC Lead World Cup in Chamonix, France, last month.

Although he didn’t place on the podium in the previous edition of the championships, France’s Mejdi Schalck (17) proved his prowess in Boulder at the IFSC World Cup in Salt Lake City this May, taking silver alongside his teammate Bertone. As one of only three climbers participating in the 2021 Youth World Championships to achieve an IFSC World Cup medal so far, Schalck is not one to be underestimated.

On home soil, Team Russia will comprise of 48 athletes – the largest team competing in Voronezh. Russia’s own Iaroslav Pashkov (19) took home a gold medal in Speed at the 2019 Youth World Championships, with his resume also boasting two European Youth Championship medals in Speed, in addition to a further Speed gold medal from the IFSC European Youth Cup in Gaflenz, Austria, earlier this year. Will the Russian add another medal to his repertoire in his home country?

Team Japan will see four of its 2019 medallists compete in Russia. Ao Yurikusa (18), Hajime Takeda (16), Haruki Uemura (17), and Junta Sekiguchi (16) won a commendable eight medals between them in Arco. Could they maintain their medal count in Voronezh?

Tune in to the action on the IFSC YouTube channel from this Saturday, where all semi-finals and finals will be streamed live with both English and Russian commentary. The championships will also air live on the Olympic Channel with English commentary.

For further information about the qualification system for Sport Climbing at the World Games 2022, click here.

View Juniors results of the IFSC Youth World Championships 2021 below:

View Youth A results of the IFSC Youth World Championships 2021 below:

View Youth B results of the IFSC Youth World Championships 2021 below: