On hand to welcome them was International Federation of Sport Climbing (IFSC) President Marco Scolaris.

Together they watched the Men’s Combined final, won by Alberto Gines Lopez of Spain, and the first ever Olympic medal presentation for Sport Climbing. The Spanish climber became the first Olympic gold medallist for the sport, with Nathaniel Coleman of USA and Jakob Schubert of Austria taking the silver and bronze medals, respectively.

The IOC delegation – which included IOC Director General Christophe De Kepper, and IOC Sport Director Kit McConnell – was treated to some fantastic Climbing and the IOC President appeared pleased both with the action on the wall and the ceremony on the podium. The medals were presented to the athletes by IOC Executive Board Member and President of the International Bobsleigh and Skeleton Federation Ivo Ferriani.

“It was a great pleasure to welcome President Bach, and the other IOC guests to witness Sport Climbing during its historic Olympic debut,” Scolaris said. “We have been overwhelmed by the great support and interest in our sport that we have received here in Tokyo and across the globe.

“Our climbers – the ambassadors of our sport – are really enjoying their first Olympic experience. Once again, I would like to thank President Bach and the whole Olympic Movement for coming tonight and all those who have welcomed us into the Olympic Family.” 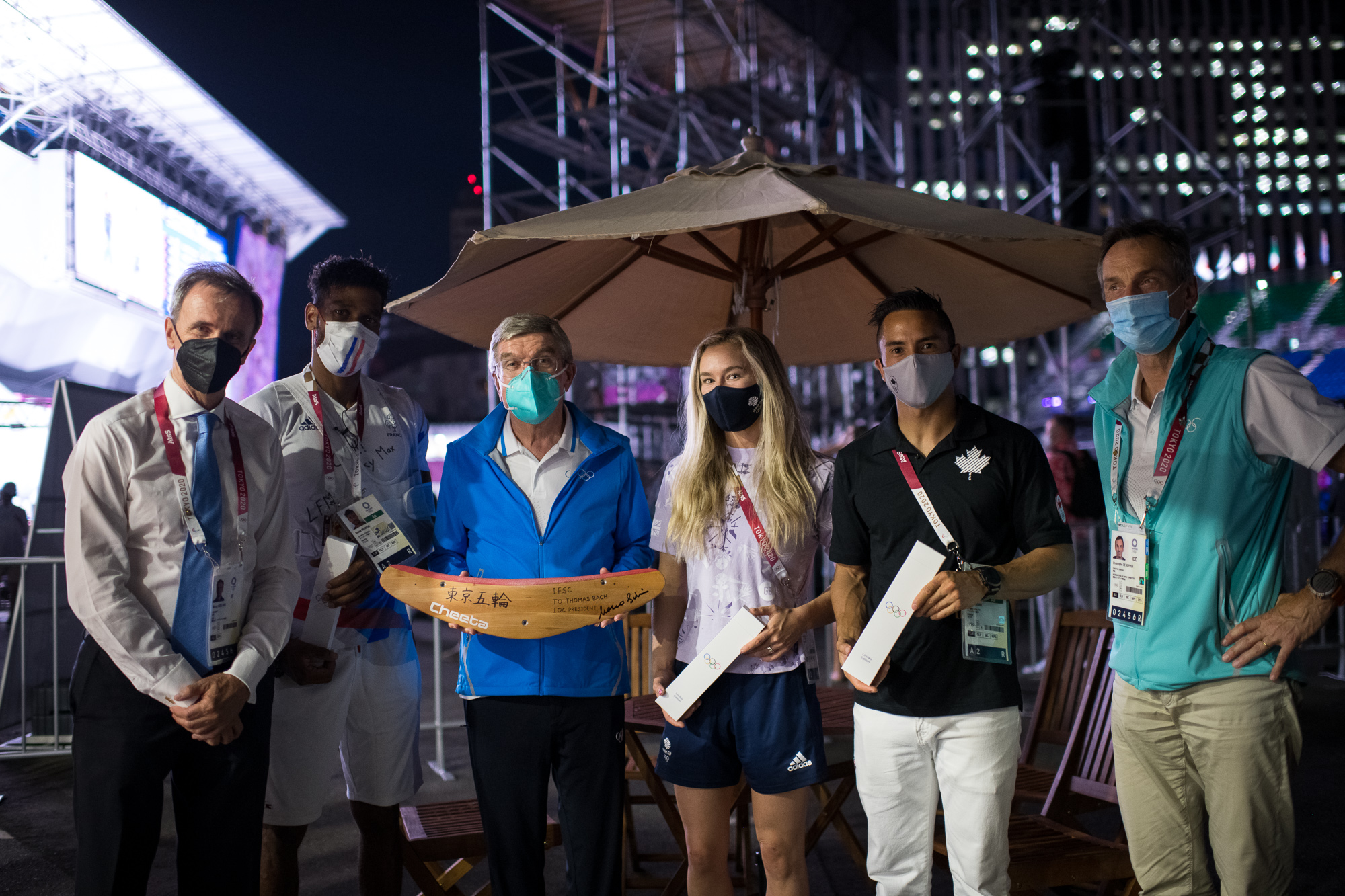