For the very first time in history, Sport Climbing athletes today participated in an Olympic Games, as the sport made its long-anticipated debut at Tokyo 2020. A total of 20 climbers took to the Olympic walls within Tokyo’s Aomi Urban Sports Park, competing in the men’s Combined qualification event for a spot in Thursday’s final.

First on the agenda was Speed, where France’s Bassa Mawem triumphed and took the men’s Speed Olympic record with a time of 5.45 seconds – just 0.25 seconds shy of the current world record. Joining the sub-six-second scores were Mawem’s younger brother, Mickael, with 5.95 seconds, and Japan’s Tomoa Narasaki, who chose not to climb a second time after stopping the clock at 5.94 in his first run. 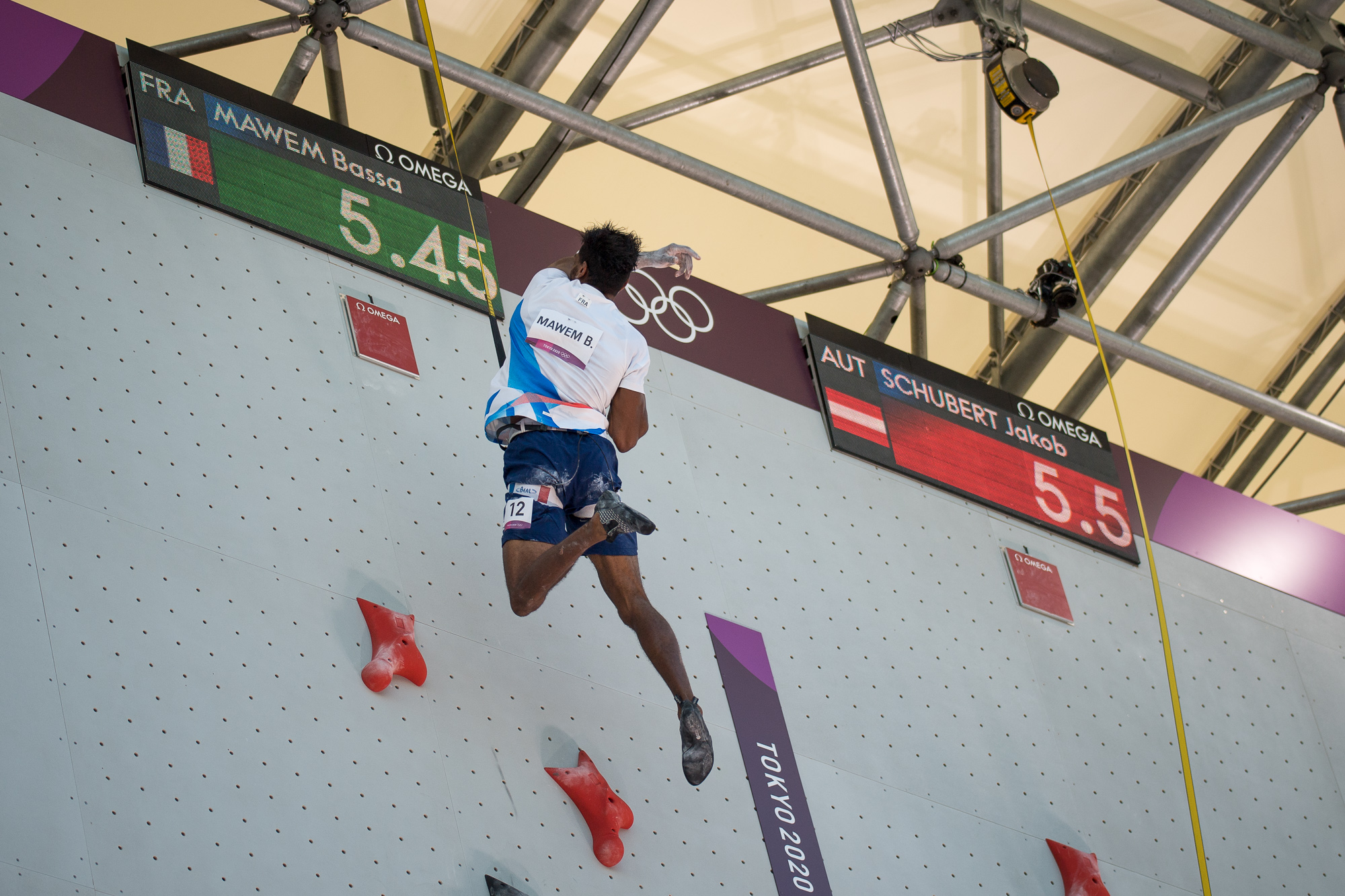 After placing third in the Speed round, Mickael Mawem put on another stellar performance in Boulder by achieving three tops and four zones. Securing first place, the French athlete positioned himself firmly at the top of the Combined table with a score of three, followed closely by Narasaki with four points. The pair were the only two athletes to find a solution to the second of four blocs, which mixed together a concoction of balance and strength.

The Czech Republic’s Adam Ondra closed the Boulder round in third place with two tops and three zones. When asked his thoughts on Sport Climbing’s debut at the Olympic Games, Ondra said:

“It's a big step for Sport Climbing. In the world of the competition, it's been a big dream for years, and climbing deserves to be here as a sport.

"Unfortunately there's only one set of medals, but it will be a good stepping stone for the future where hopefully it will be all three single disciplines."

The men’s Combined qualification round concluded with Lead, with Austria’s Jakob Schubert taking the top spot with a score of 42+, matched by Colin Duffy of the USA. Spain’s Alberto Ginés López reached 41+, therefore closing the Lead round as the only other athlete to climb above hold 40.

When asked about the conditions during the competition – over 30°C and 80% humidity – Duffy said:

"It was definitely in the back of my head, the fact that I'm not really used to finding this much humidity.

"Lead is a really unforgiving discipline, one slip or just one small mistake and you’re off. But I was able to just kind of put it in the back of my head and get in my zone and just do what I do best, which is just climb."

Colin Duffy of the USA will head into the Tokyo 2020 Men's Combined Final in third place
Photo: Daniel Gajda/IFSC

Despite placing 11th in Lead, Mickael Mawem bagged himself an unbeatable birthday present: the top position in the Combined ranking and thus, a spot in the final. His brother Bassa faced an unfortunate bicep injury during the Lead round, falling at hold seven. However, thanks to his first place in Speed, Mawem achieved a place in the final alongside his younger sibling. An update on his condition will be given in the morning once he has been assessed by his medical team.

Following today’s qualification, the following eight Olympians will head into the Men’s Combined Final this Thursday:

When asked about participating in his first Olympic Games – the very first in which Sport Climbing has been featured on the programme – Ginés López said:

"Everything is amazing. Every day is amazing. I'm so excited to be here, to compete in a few days."