As none of the eight male participants secured the top hold, Bailey – Boulder gold medalist at this year’s World Cup in Salt Lake City, USA – concluded with 38, and is now the only male climber able to secure the brightest medal in both the Boulder and Lead disciplines. Participating in his first Lead final round ever, Duffy secured the bronze medal with 31+.

The podium was completed by German Olympian Alexander Megos, who finished with 35+ and won the sixth World Cup medal of his career.

A second German finalist, Sebastian Halenke, finished in fourth place with 26.5+; while Alberto Gines Lopez of Spain took fifth with 26.5. France’s first time finalist Paul Janft followed in sixth position with 26, while Japan’s Masahiro Higuchi and Zento Murashita concluded at the bottom of the ranking, taking seventh and eight place with 12 and 11+

In the women’s final, after they both clipped at the top of the route, Slovenian superstar Janja Garnbret prevailed over Italy’s Laura Rogora thanks to her better placement in the semi-final. It is the fourth World Cup gold medal out of five participations in 2021 for Garnbret, who will now pause from competitions to focus on her preparation for the Olympic Games.

Rogora’s silver, on the other hand, is only her second World Cup medal ever, with the first one being a Lead gold she won in Briançon in August 2020 – where she managed to beat Garnbret herself.

The fantastic night of team USA was completed with Natalia Grossman’s bronze medal – the fifth of her season – that she secured with a stunning 42+.

Just outside of the podium, Japan’s Momoko Abe placed fourth with 40+, followed by Slovenia’s Vita Lukan, who placed fifth also with 40+. First-time finalist Aleksandra Totkova of Bulgaria finished in sixth position with 33+; Slovenia’s Lucka Rakovec placed seventh with 17+; and Mia Krampl, the fourth Slovenian climber in the final, finished at the bottom of the ranking, also with 17+.

The 2021 IFSC World Cup Series will now move to Chamonix, France, where the next IFSC Lead World Cup is scheduled from 12 to 13 July. News and updates will be available on the IFSC website and on the Federation’s social media profiles: Facebook, Instagram and Twitter. 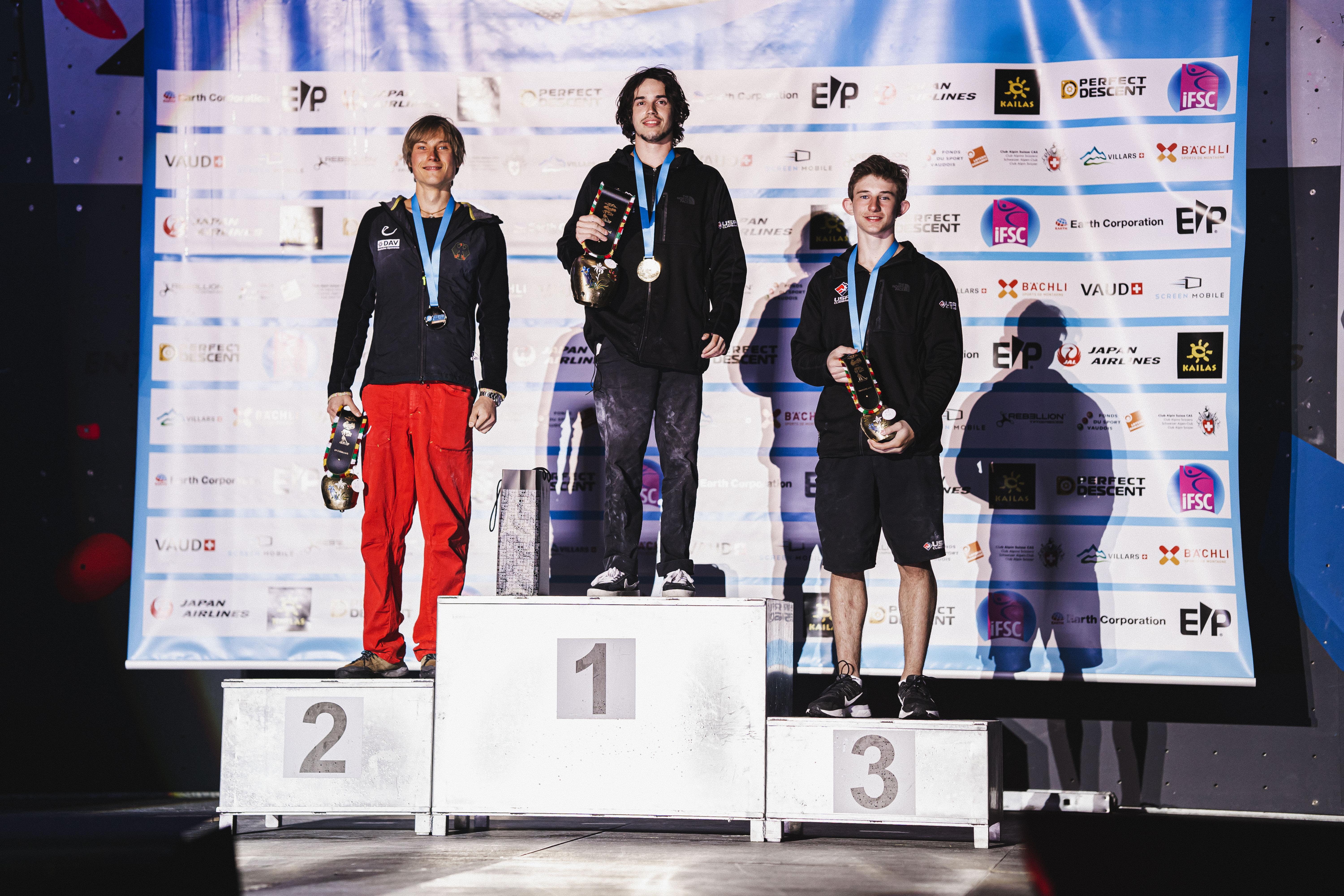 The podium of the men's Lead final in Villars
Photo: Lena Drapella/IFSC 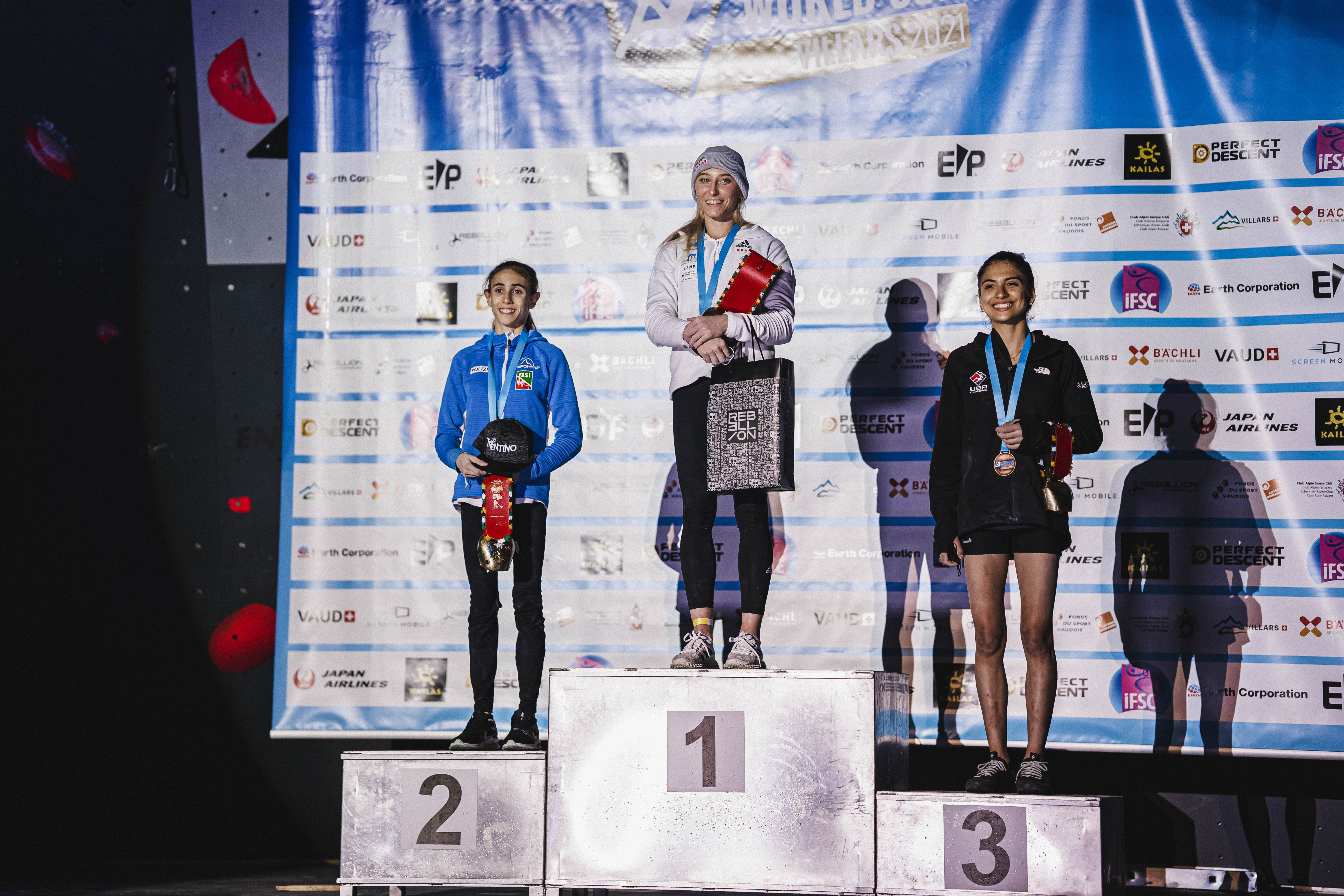 The podium of the women's Lead final in Villars
Photo: Lena Drapella/IFSC