Dimitris Tosidis is a photojournalist based in Thessaloniki, Greece, specialized in news covering, documentary storytelling, environmental issues and sports. He is a contributor for the European Pressphoto Agency, the Athens News Agency, and other major international media such as Deutsche Welle.

He graduated from Faculty of Fine Arts/Film Department in Aristotle University Thessaloniki, but very early he found his way in press photography, capturing significant political and social moments in a sensitive corner of Europe; Greece and the Balkans. He has been awarded multiple times for his work on the refugee crisis and sports, most significant with Athens Photo World Award 2021 for his documentary work on the last pastoral farmers of Greece and with the Migration Media Award in 2017 and 2018 for his work on refugee crisis in Balkans.

Climbing for Dimitris is much more than a sport: when he is not in a field of news interest, he spends the rest of his energy in bouldering and skiing, and he loves to combine this passion by capturing the efforts of the high-level climbing athletes in international events and in the crags.

After taking the role of IFSC Official Photographer at last year’s IFSC European Championships in Moscow, Russia Dimitris will continue covering Sport Climbing competitions for the IFSC in 2021. 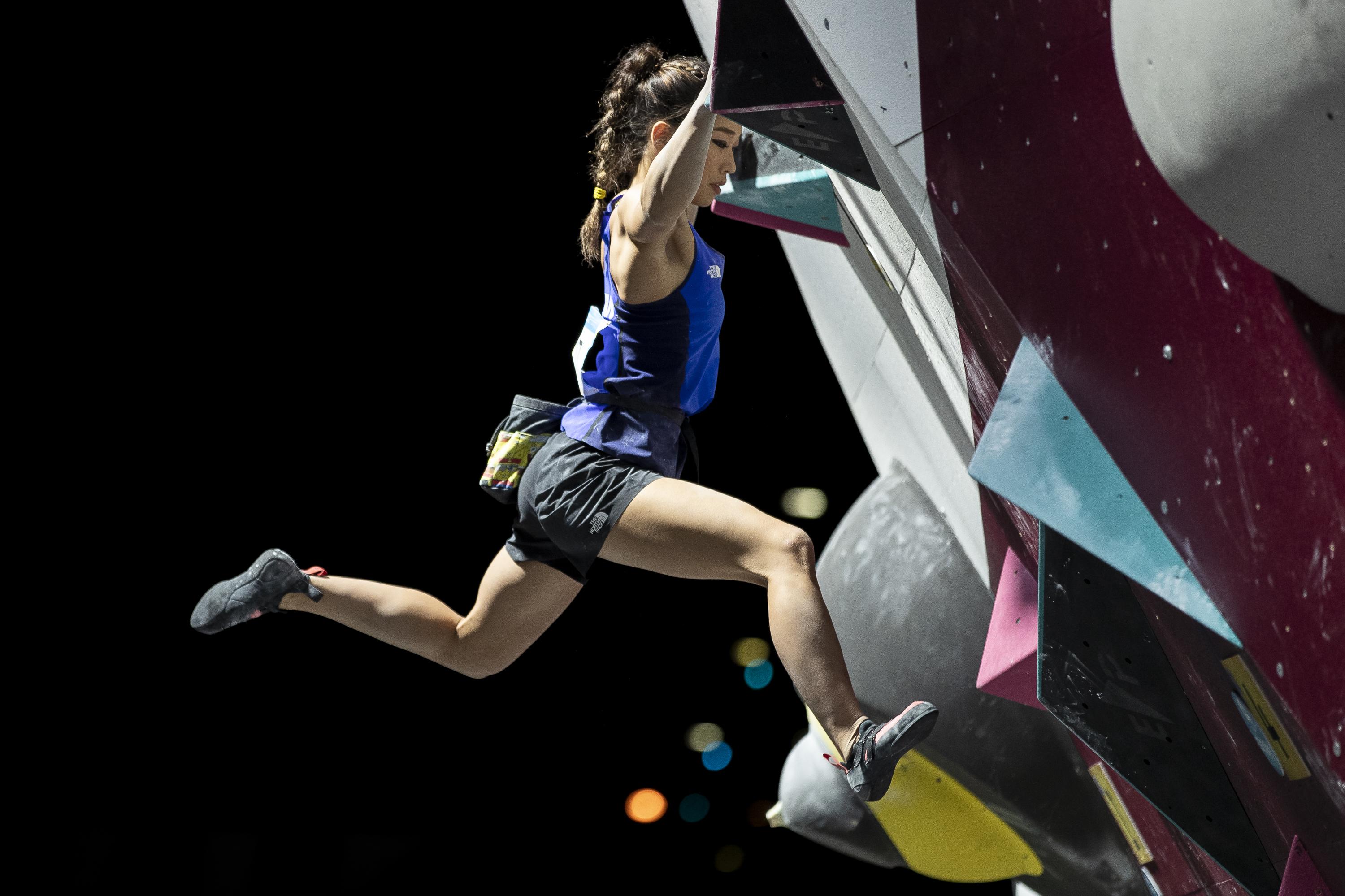 Japanese climber Nonaka Miho flies through the crux, during the women’s Boulder final at the 2019 World Beach Games in Doha, Qatar. I was impressed by her plastic style and strength, one of the athletes who will participate in the upcoming Olympic Games Tokyo 2020 this summer. 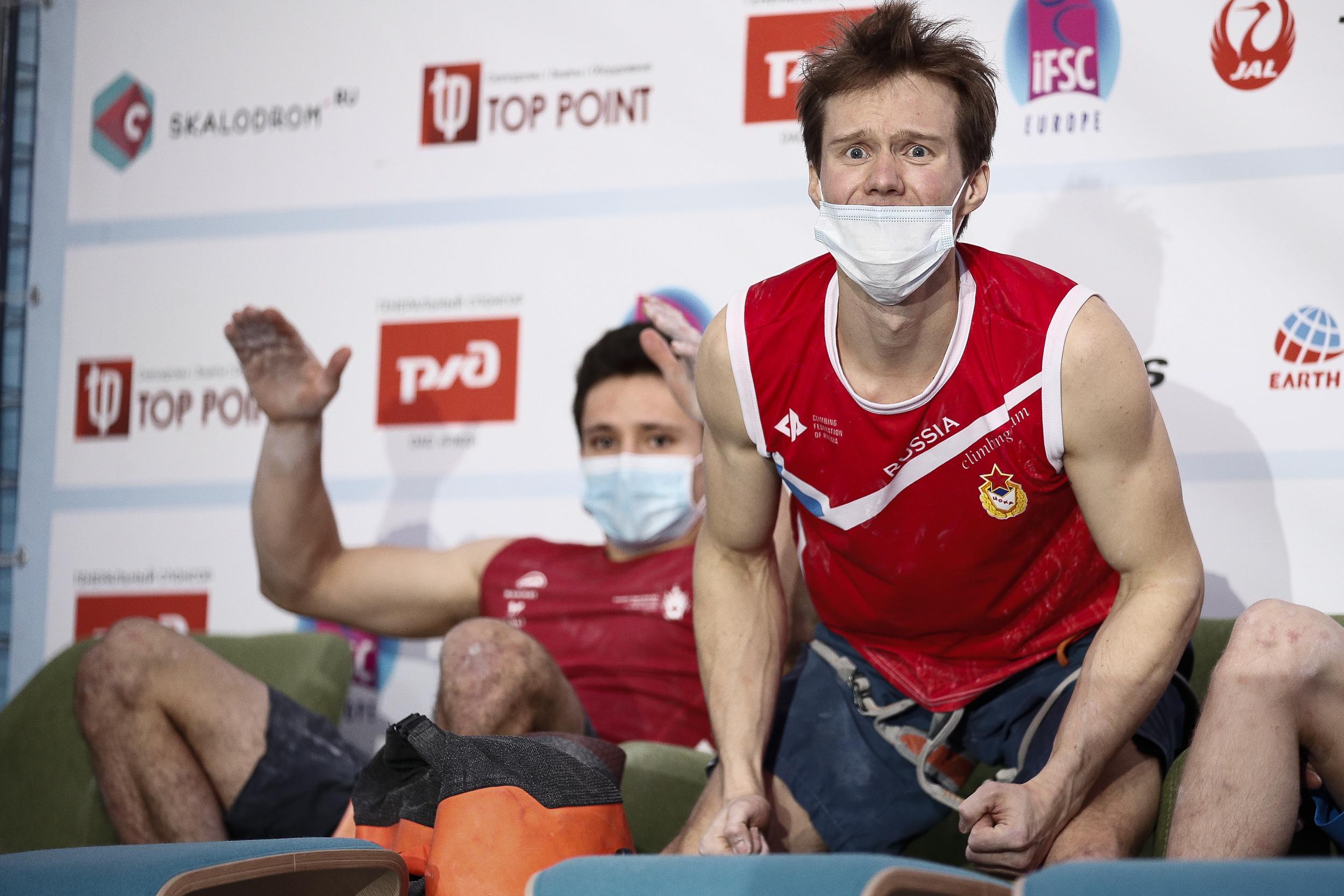 The moment when  Aleksei Rubtsov of Russia understands that he won first place and the ticket to Tokyo 2020, leaving Sascha Lehmann of Switzerland in second place, at the end of an exciting men’s Combined at the IFSC European Championships Moscow 2020. Sports photography sports is much more than action, powerful moments of joy and sadness are hidden in any second. 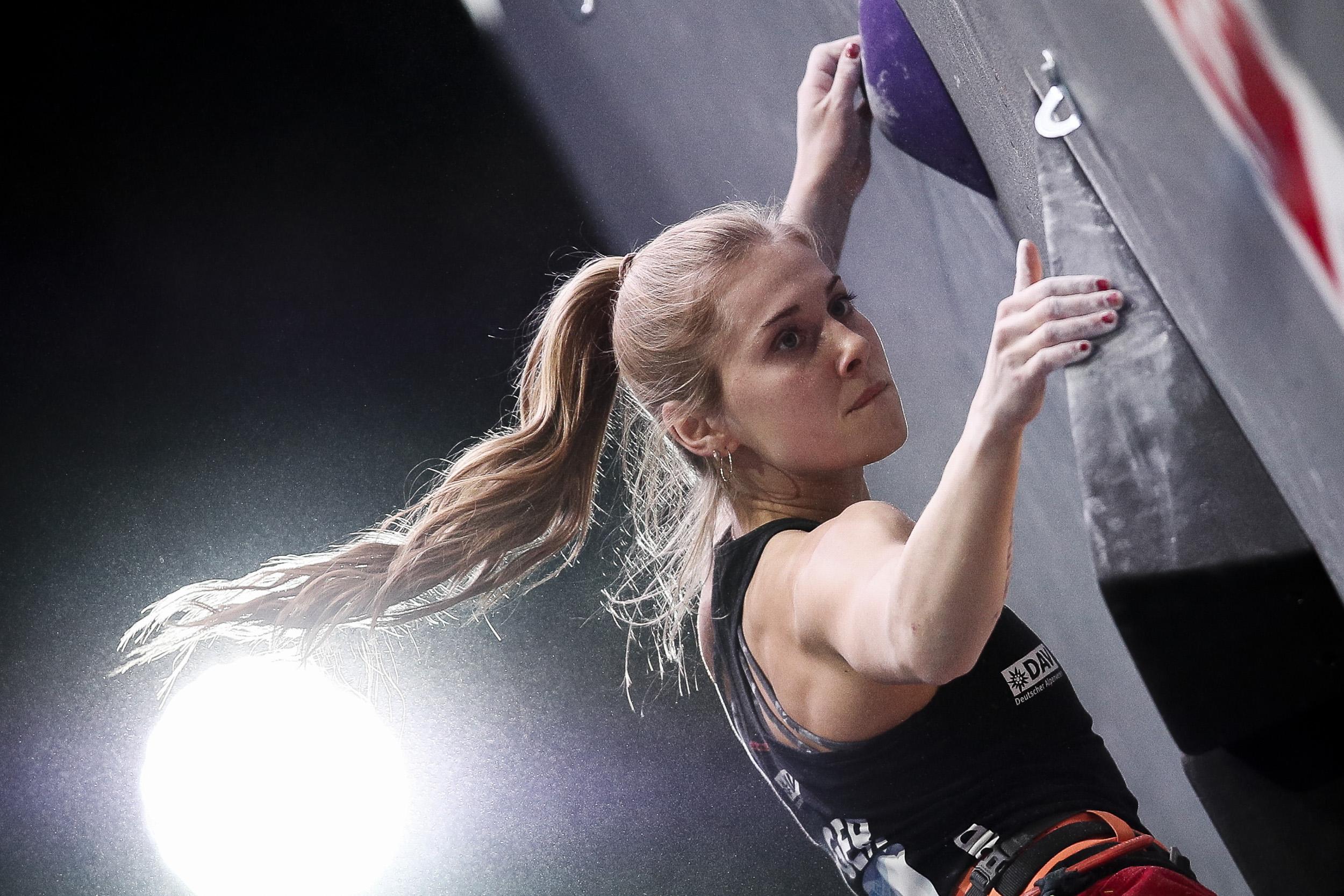 Hanna Meul of Germany finds her way to the top during the women’s Lead event at the IFSC European Championships Moscow 2020. Usually, I love athletes' face expressions during hard moves and strong efforts but she definitely wins the prize for the most non-expressive, comfortable climbing style I captured so far. 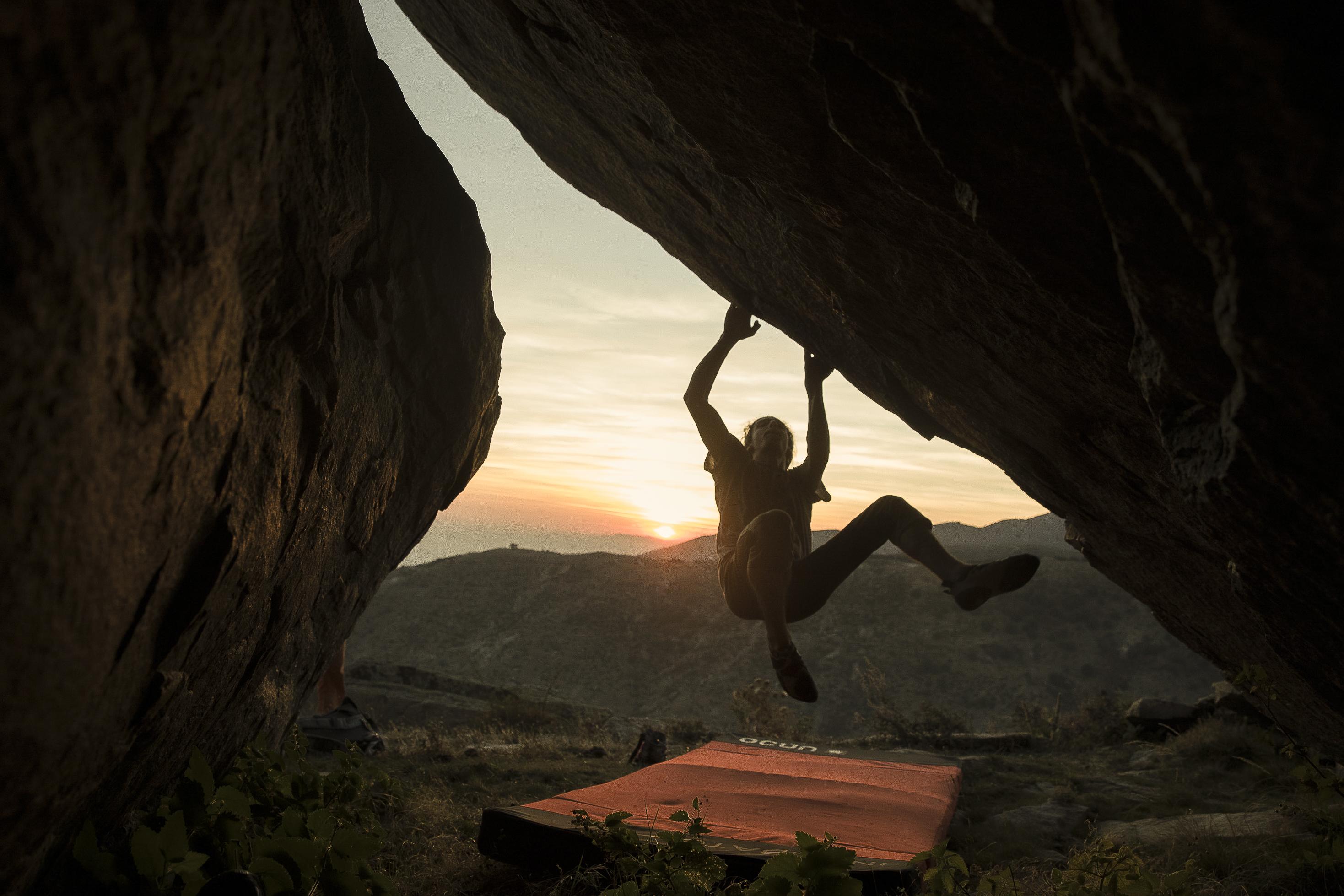 Bouldering in Lailias mountain, Greece. Outside of the two iconic climbing destinations of Kalymnos and Peloponnese, Northern Greece mountains have plenty of hidden blocks and hard moves waiting to be discovered. 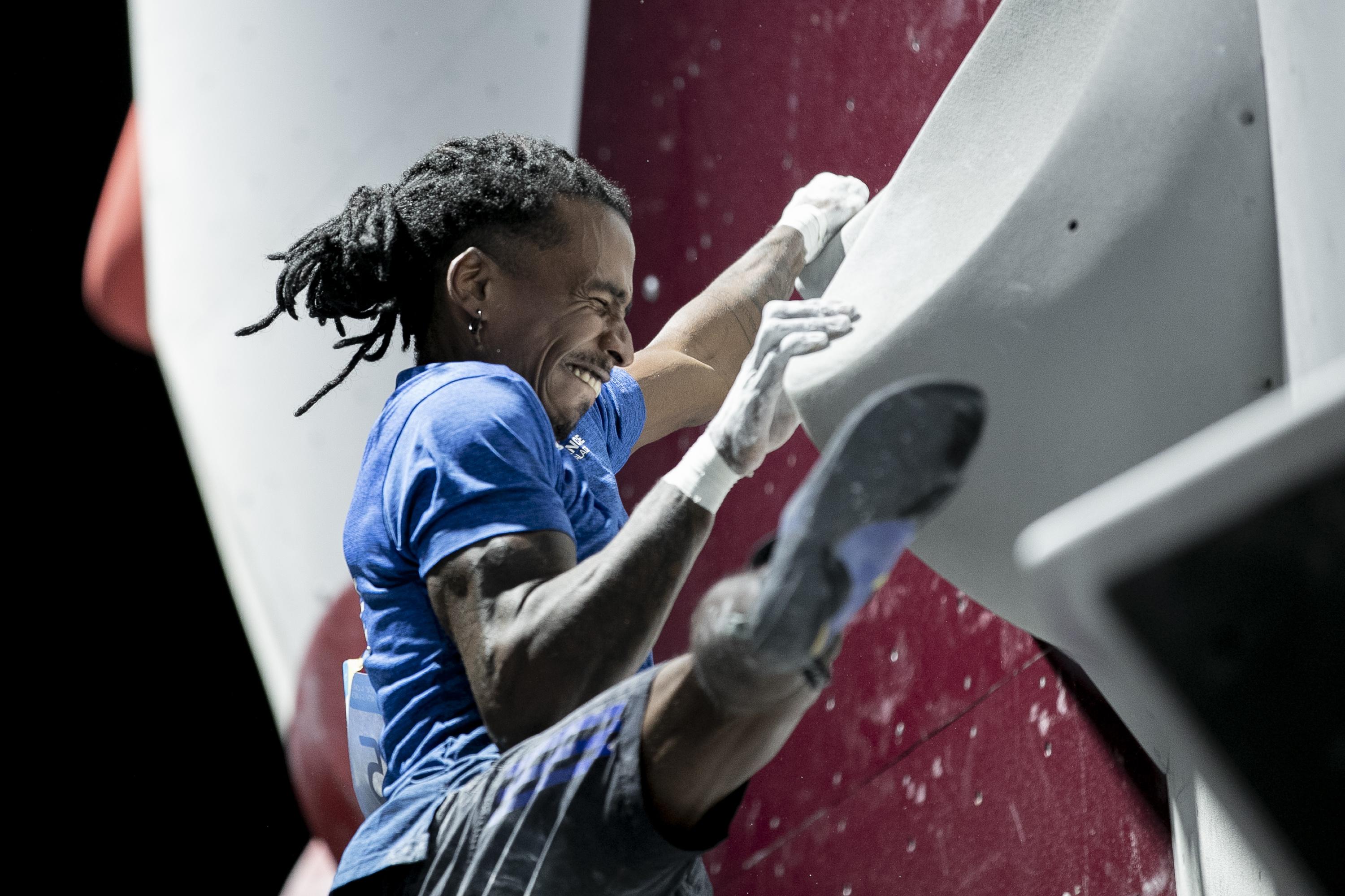 Very often I love to use a super telelens to capture face expressions, and boulder offers a lot of them. In this photo, Mickael Mawem of France competes during the men’s Boulder final at the World Beach Games Doha 2019.