The opening round of two back-to-back IFSC world cups in Utah’s Salt Lake City, USA, commenced this afternoon, with 49 athletes taking to the blocs in the women’s Boulder qualification event.

First out onto the wall was Japan’s Miho Nonaka who, as the only climber to achieve a top on all five boulders, will head into tomorrow’s semi-final in a strong first position. The Tokyo 2020 qualified athlete will be joined in the semi-final by fellow Olympians Brooke Raboutou of the USA, Italy’s Laura Rogora, and Jessica Pilz of Austria, who qualified for the succeeding round in fourth, 11th, and 15th place respectively.

Silver medallist of the preceding World Cup in the Swiss village of Meiringen – France’s Oriane Bertone – bagged a spot in the semi-final with three tops and four zones. Bertone’s podium-mate from the previous competition – Natalia Grossman of the USA – will compete alongside her tomorrow, having qualified for the next round in a stellar second position with four tops and five zones.

With eight consecutive Boulder World Cup wins under her belt, Meiringen’s gold medallist Janja Garnbret, of Slovenia, did not compete in today’s competition.

Through to tomorrow’s semi-final are: 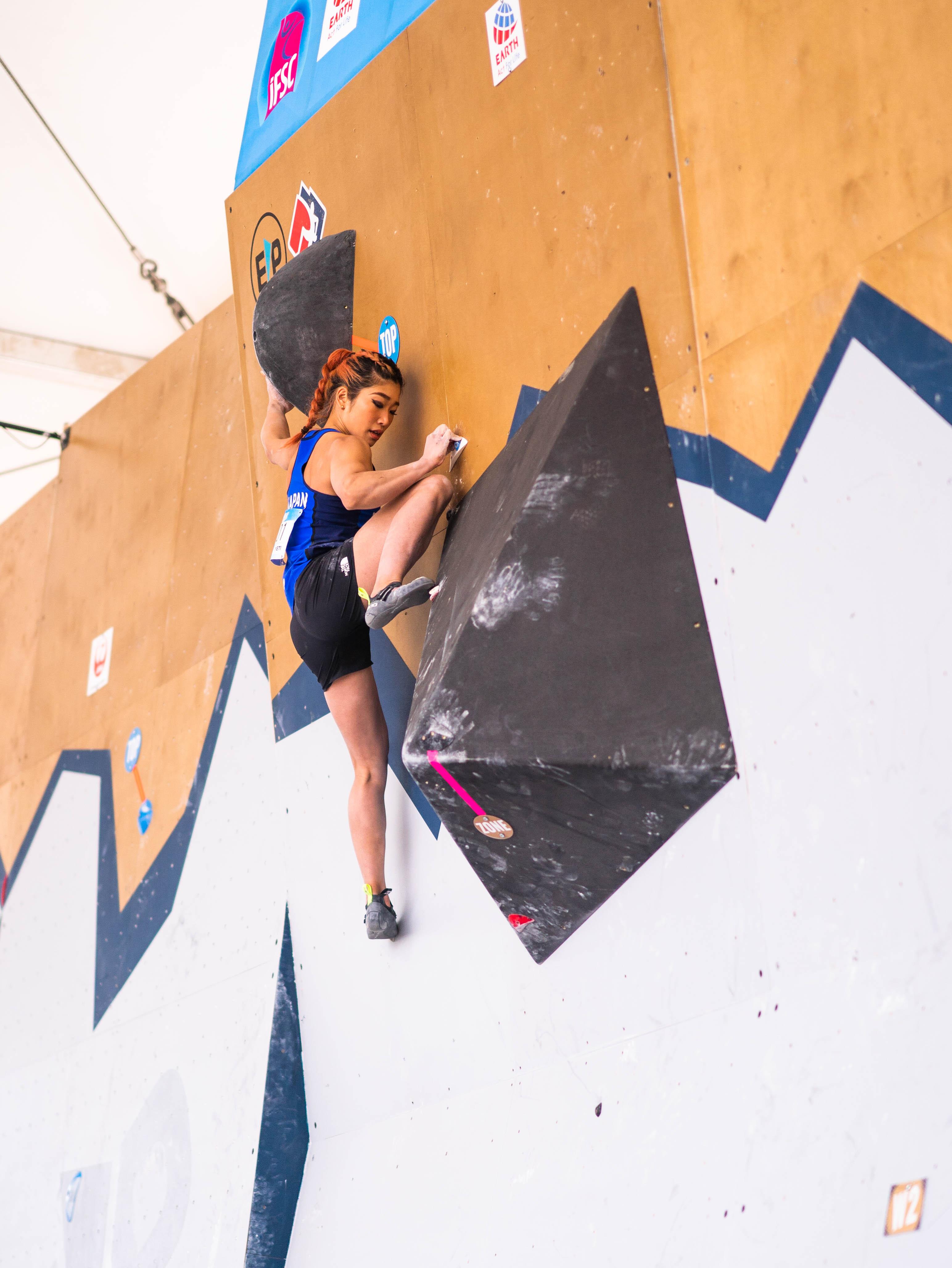