O’HALLORAN AND MACKENZIE TO REPRESENT AUSTRALIA AT TOKYO 2020

Two Olympic quota places for Tokyo 2020 were awarded to Australia’s Tom O’Halloran and Oceania Mackenzie, who respectively won the men’s and women’s Combined finals at the IFSC Oceania Championships in Sydney (AUS).

Tom O’Halloran placed atop the podium at the end of a four-way battle with his teammates Ben Abel, James Kassay and Thomas Farrell. The 28-year-old from Blackheath, New South Wales concluded all three stages in 2nd place, while Farrell won Speed, Abel ruled Boulder and Kassay placed 1st in the concluding Lead stage.

“You only get one go in your life to try and be an Olympian,” said O’Halloran shortly after the finals. “I had some pretty serious ups and down with my motivation. I nearly pulled out, because it was just too difficult. The training, the juggle with work and family life, missing out on time with my daughter and partner. The things that kept me going was ‘What am I going to feel like the morning of the competition when I’m not there?’. I feel really proud of the work that I’ve put in, regardless of the result.”

The final ranking of the men’s Combined at the 2020 IFSC Oceania Championships in Sydney is as follows:

In the women’s Combined finals, Australia’s Oceania Mackenzie absolutely dominated the event, finishing ahead of her opponents in all three disciplines and signing off with the perfect score of 1.0 ranking points. Mackenzie’s teammate Angie Scarth-Johnson took 2nd place with 12.0, while Ella Easton completed the podium and placed 3rd with 42.0.

“It was very stressful, but I’m so happy,” said Mackenzie. “I was a little nervous warming up and getting all my stuff together, but once I started climbing I was like ‘Okay, this is good!’. I had a very good time. Now we’ll get back into training, seeing where we can travel to next year to compete at a high level, doing a couple of world cups per discipline.”

The final ranking of the women’s Combined at the 2020 IFSC Oceania Championships in Sydney is as follows: 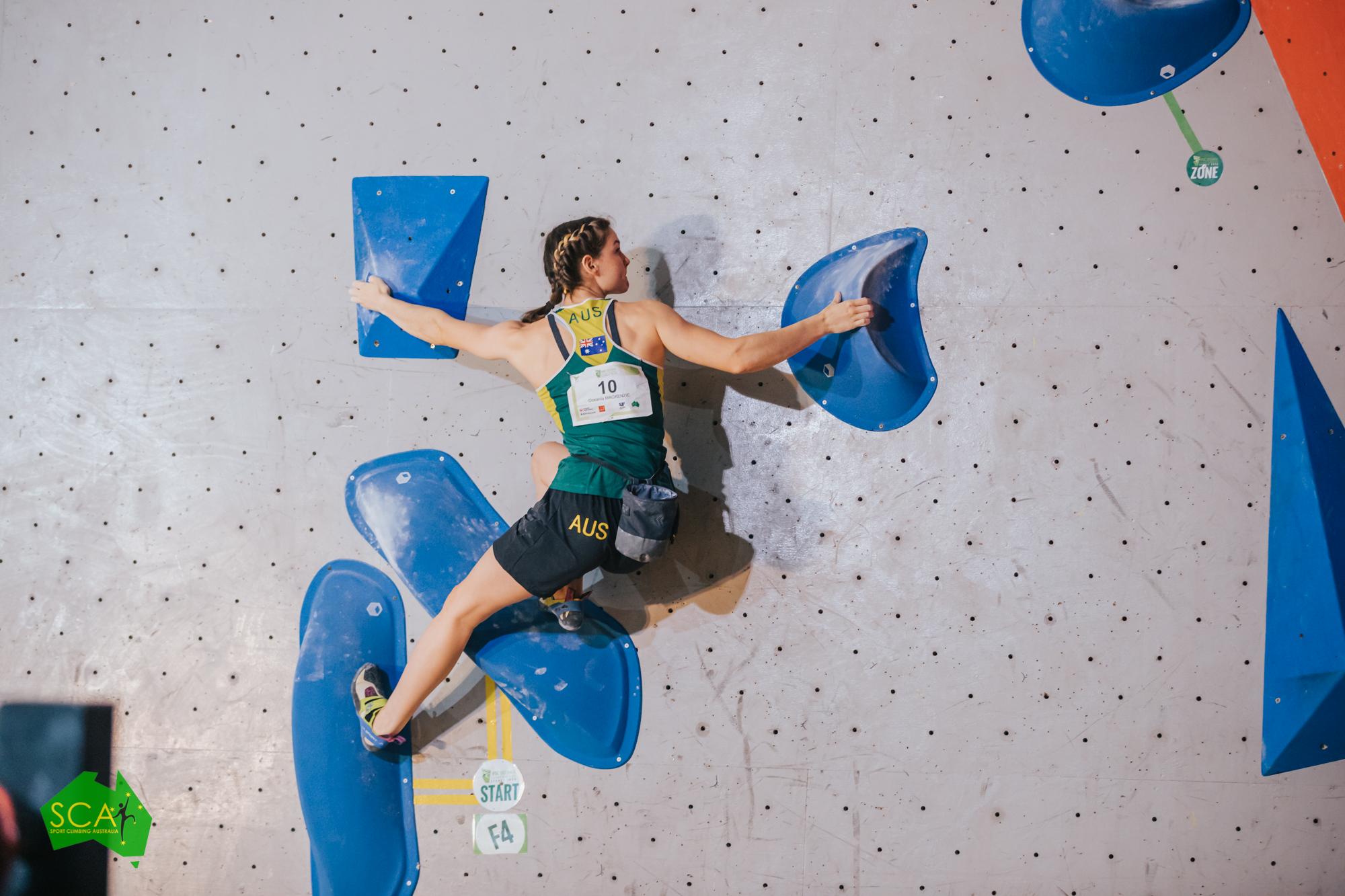 The field of Olympic qualified athletes in Sport Climbing is one climber away from being complete. The final name will be determined by the men’s Combined finals taking place today at the IFSC African Championships in Cape Town (RSA).