The 2020 IFSC European Championships recommenced today at the Irina Viner-Usmanova Gymnastics Palace in Moscow (RUS). The top 16 climbers — 8 men and 8 women — qualified for tomorrow’s Combined finals, where two Olympic quota places for Tokyo 2020 will be awarded to the winning athletes.

The climbing-marathon kicked off in the morning with the Speed stage, where Poland’s specialists Marcin Dzienski (27) and Patrycja Chudziak (23) led the rankings.

Dzienski stopped the clock at 5.84 seconds, placing ahead of 24-year-old Jan Kriz of the Czech Republic and 25-year-old Sergei Luzhetskii of Russia, who respectively finished 2nd with 6.08 and 3rd with 6.37 seconds.

In the women’s event, Chudziak slapped the finish pad at the 7.90-second mark, while her teammate Aleksandra Kalucka (18) followed in 2nd place with 8.86, and Germany’s Alma Bestvater (24) took 3rd place with 9.13.

A group of ten athletes closed the men’s round with 4 tops and 4 zones, with Alex Khazanov (25) of Israel and William Bosi (21) of Great Britain also finishing with the same number of attempts, meaning the two shared their position at the top of the score table.

Similarly, in the women’s event, Hannah Meul (19) of Germany, Eliska Adamovska (19) of the Czech Republic, and Stasa Gejo (23) of Serbia all finished with 4 tops, 4 zones, and identical number of attempts.

According to IFSC rule 11.11, in both cases, athletes were “awarded ranking points […] equal to their fractional ranking”, with fractional ranking equalling 1.5 points each for Khazanov and Bosi, and 2.0 each for Meul, Adamovska, and Gejo.

The third and conclusive Lead stage defined the final ranking of the Combined qualification round.

Switzerland’s 22-year-old Sascha Lehmann was one of three climbers to top the men’s route, claiming the top of the ranking with the score of 54.0 points. The other two athletes to clip the highest quickdraw were Yuval Shemla (22) of Israel — who made it into the top 8 with 240.0 points — and Hannes Puman (22) of Sweden — who barely missed the cut and placed 9th 528.0.

In the women’s event, the route was only topped by Adamovska, who then claimed the top position in the Combined ranking with 36.0 points.

The eight athletes qualified in the men’s Combined final are:

While the eight athletes qualified in the women’s Combined are:

The IFSC European Championships in Moscow will conclude tomorrow with the two Combined finals, starting at 3:50 PM (UTC+3:00). 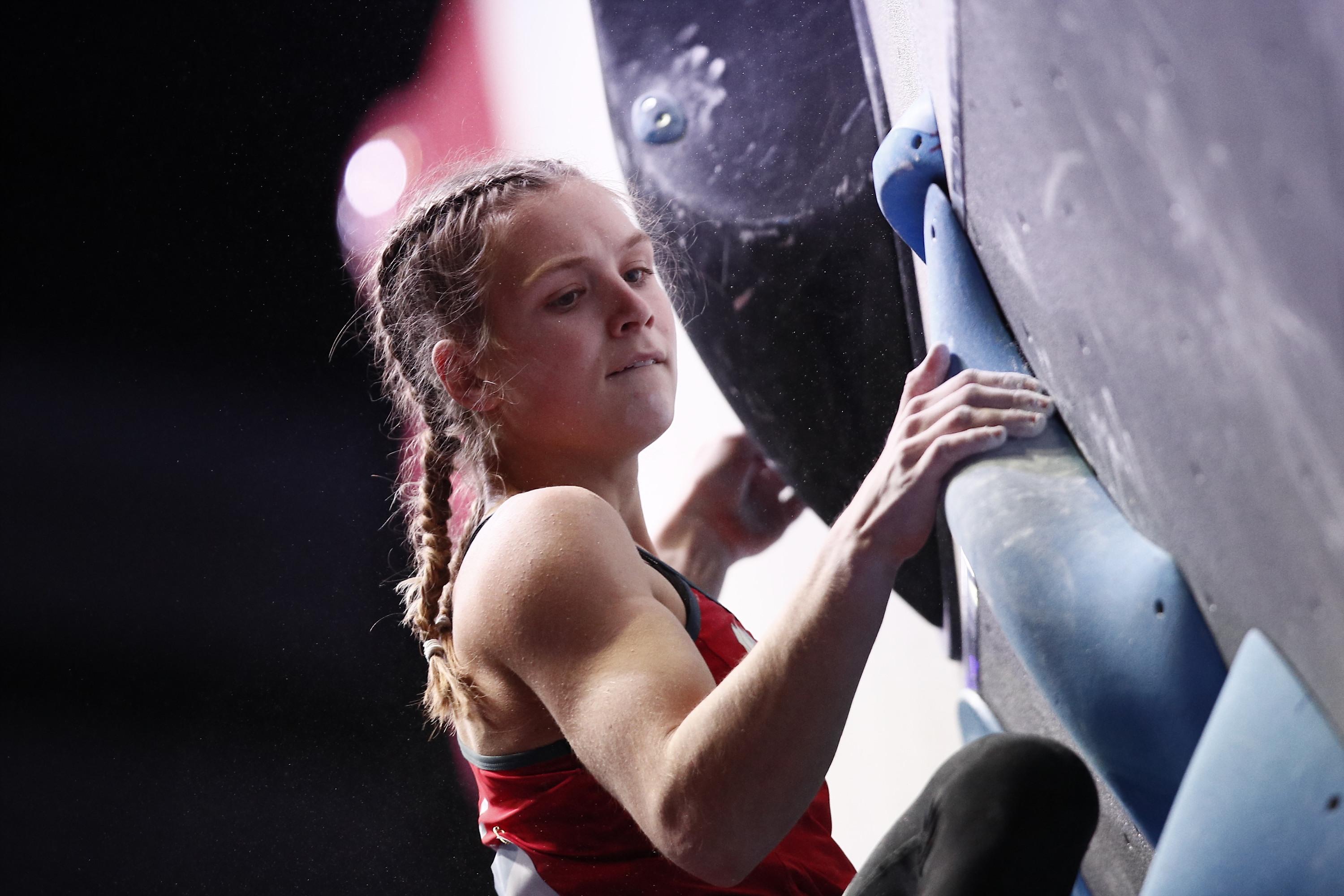