The Lead round of the 2020 IFSC European Championships concluded today in Moscow (RUS), with two Russian athletes on the podium taking the host country’s total medal count to nine.

Following her victory in the women’s Boulder competition earlier this week, Viktoriia Meshkova of Russia also came out triumphant in Lead this evening, claiming her second European title of the 2020 Championships. The 20-year-old tentatively leapt for the final hold in a dynamic finish, swinging into 1st place with a score of 36+.

Hot on Meshkova’s heels was Eliska Adamovska (19) of the Czech Republic, who tied with her contender in all three rounds of the Lead competition. Jumping for the title in the final move of the concluding round, Adamovska eventually settled in 2nd place due to Meshkova completing the closing tied route in lesser time – Meshkova climbed the final route in 3:53, whereas Adamovska stopped the clock at 4:35.

Molly Thompson-Smith (23) of Great Britain looked calm and controlled in her ascent, though fell at 31+ due to missing a foot hold. The Brit ended the competition in 3rd place.

The men were next on the wall, with Switerland’s Sascha Lehmann breezing into 1st position with a score of 41+. The 22-year-old bested his previous European Lead ranking of 3rd place, which he attained in Edinburgh (GBR) last year.

The only male athlete to compete in the final of all three Sport Climbing disciplines (Speed, Boulder, and Lead) during the 2020 European Championships in Moscow, Nicolas Collin (22) of Belgium battled his way into 2nd place in Lead, scoring 38+.

Russia’s Dmitrii Fakirianov (26) finished in 3rd position, opting to climb in a static manner through the 30+ section, where his competitors had each climbed dynamically.  Snatching the bronze medal from Nimrod Marcus (21) of Israel following a tie at 37+, Fakirianov took the podium position as a result of a higher score in semi-finals.

After standing in a strong first place for the majority of the men’s final, Israel’s Nimrod Marcus ended the competition in 4th place. Hannes Puman (22) of Sweden followed in 5th place, the Czech Republic’s Martin Stranik (30) achieved 6th, Slovenian athlete Anze Peharc (23) placed 7th, and in 8th place was Vladislav Shevchenko (22) of Russia. 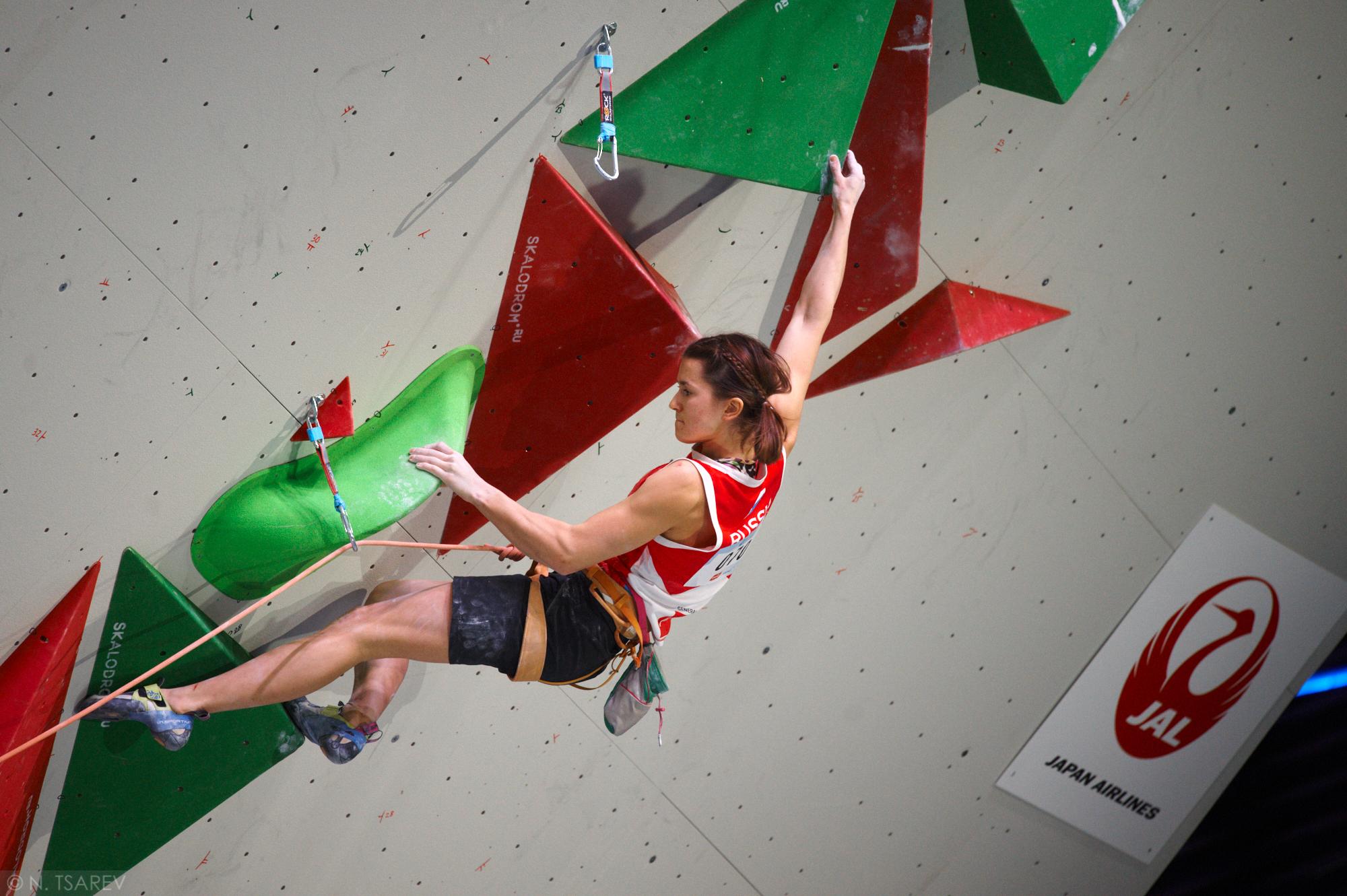 Viktoriia Meshkova competes in the Lead final round of the 2020 IFSC European Championships in Moscow (RUS)
Photo: Nikita Tsarev/CFR