MESHKOVA AND KRUDER TOP THEIR WAY TO EUROPEAN BOULDER TITLES

In the women’s final, 20-year-old Viktoriia Meshkova of Russia swept the round with 4 tops and 4 zones, claiming the first senior gold medal of her career thanks to a slightly lower number of attempts compared to Chloe Caulier (24) of Belgium, who followed in 2nd place and eventually won the silver medal.

Meshkova is the second Russian woman to claim a European title at the Irina Viner-Usmanova Gymnastics Palace, after her teammate Ekaterina Barashchuk won gold in the Speed event two days ago.

Serbia’s 22-year-old Stasa Gejo — Boulder European Champion in Munich (GER) in 2017 — placed 3rd with 2 tops and 4 zones, finding her way back to an IFSC podium after missing the whole 2019 season due to an injury.

The key point of the event turned out to be the second-to-last boulder — M3: none of the first five climbers, indeed, were able to top it, until Kruder flashed it in an incredible display of power and technique. His previous best placement in Boulder at the European Championships was the 4th place he claimed in Imst/Innsbruck (AUT) in 2010, and in Munich in 2017.

The men’s podium was completed by two Russian climbers: Sergei Luzhetskii (25) won silver with 1 top and 4 zones, while his teammate Nikolai Iarilovets (21) finished in 3rd position and took bronze with 1 top and 3 zones.

Ram Levin (21) of Israel placed 4th, followed by Nicolas Collin (22) of Belgium in 5th position and Sergei Skorodumov (24) of Russia in 6th.

The 2020 IFSC European Championships in Moscow will now move onto the Lead events, with qualification rounds starting tomorrow at 11:00 AM (UTC+3:00) and semi-finals and finals scheduled for Wednesday, November 25. 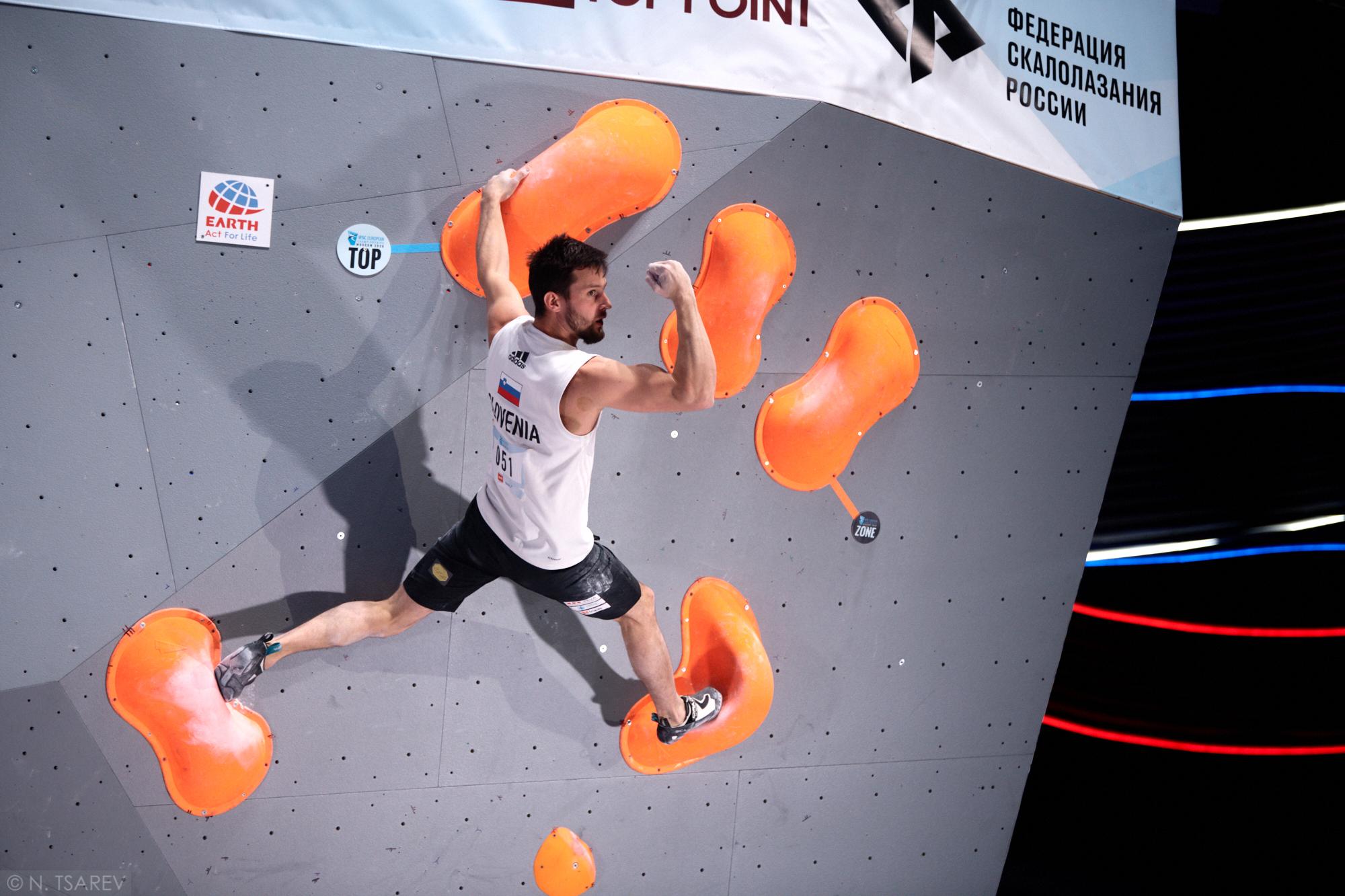 Jernej Kruder competes in the semi-final round at the 2020 IFSC European Championships in Moscow (RUS)
Photo: Nikita Tsarev/CFR