President of the IFSC Marco Maria Scolaris travelled to Tokyo, Japan, this week alongside Jérôme Meyer, IFSC Head of Olympic Coordination, to meet with the Tokyo Organising Committee of the Olympic and Paralympic Games (TOCOG) less than six months ahead of the Olympic Games Tokyo 2020.

As usual they were warmly welcomed by IFSC Vice-President Sport/Events Kobinata Toru and the TOCOG Sport Climbing team. 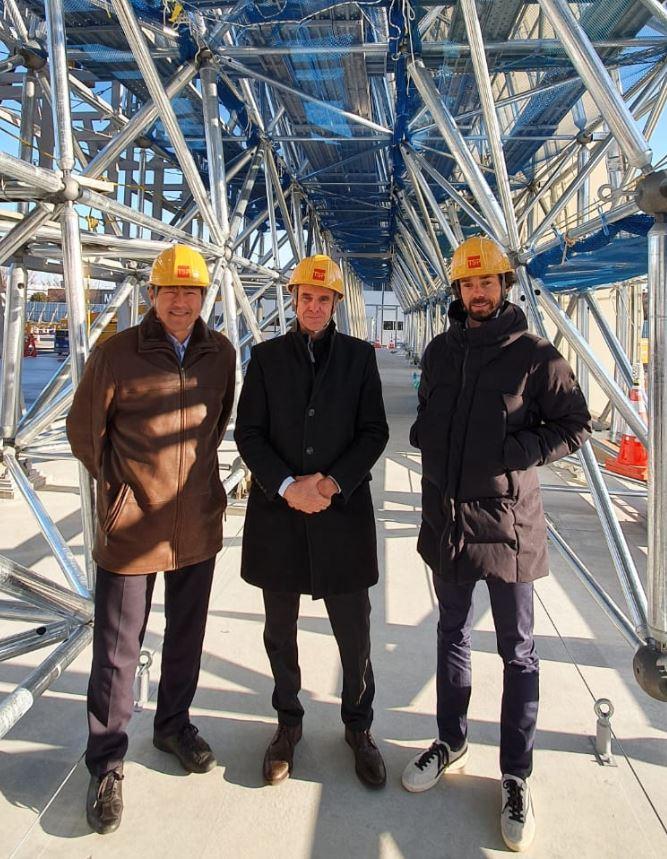 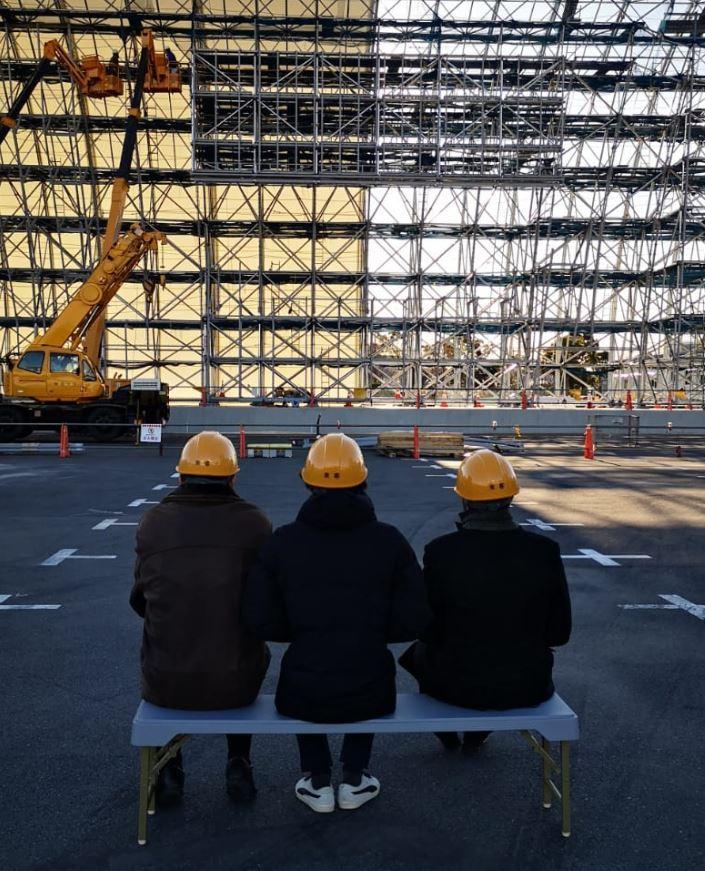 “With under 170 days to go until the Tokyo Games commence, we’re delighted to see the progress in construction of the Sport Climbing venue within the Aomi Urban Sports Park. The frame of the wall is almost complete and the panels will be installed over the coming months. We’re excited to see the finished venue in the very near future,” says IFSC Head of Olympic Coordination Jérôme Meyer.

Following the venue visit details relating to press were reviewed, such as photo and press positioning in the venue, with the Sport Climbing and 3x3 Basketball Federations, the Venue Management and Venue Infrastructure teams for the Aomi Urban Sports Park, press from the International Olympic Committee (IOC), and local Japanese media.

“After a number of visits to Tokyo during the last three years, thanks to the collaboration with the TOCOG team, the IFSC now feels as though the city, and country of Japan as a whole, is a second home. We’re grateful for the support that the world is showing our sport and we’re eager to prove just how special Sport Climbing is – particularly as the only vertical sport in the Tokyo programme,” says IFSC President Marco Scolaris.

As the 2020 Olympic Sport Climbing events will include all three disciplines in a Combined event, the IFSC discussed clock installation procedures for Speed Climbing with OMEGA, the Official Timekeeper of the Olympic Games. Lighting equipment and plans, as well as the Sport Climbing Test Event, were also considered with the Venue Management and Venue Infrastructure teams of the Tokyo 2020 Organising Committee. Meetings concluded with a deep discussion surrounding Sport Presentation, in preparation for showcasing the sport to a new and wider audience than ever before.