The ceremony, which was broadcast live by the Olympic Channel, was a celebration of Swiss culture and traditions, welcoming athletes, National Olympic Committees (NOCs), International Federations (IFs) and spectators ‘home’ to the Olympic Capital of Lausanne. The crescendo of the ceremony saw Swiss ice dancer Gina Zehnder, the youngest member of the Swiss delegation at the YOG, light the Olympic Cauldron – a testament to the Lausanne Organising Committee’s commitment to youth.

“The previous Youth Olympic Games in Buenos Aires 2018 was an incredibly special time for Sport Climbing, with the first ever Olympic medals for the sport being awarded to our young athletes. With 2020 being the biggest year for Sport Climbing to date as we take the final steps towards Tokyo, and with Sport Climbing now being confirmed for the YOG in Dakar 2022, there’s a lot of emotion and excitement for the IFSC here in Lausanne – with our Olympic family,” says President Scolaris.

Since 2019, the IFSC has shared an office in Lausanne, at the “Maison du Sport International”, with the International Bobsleigh and Skeleton Federation (IBSF). 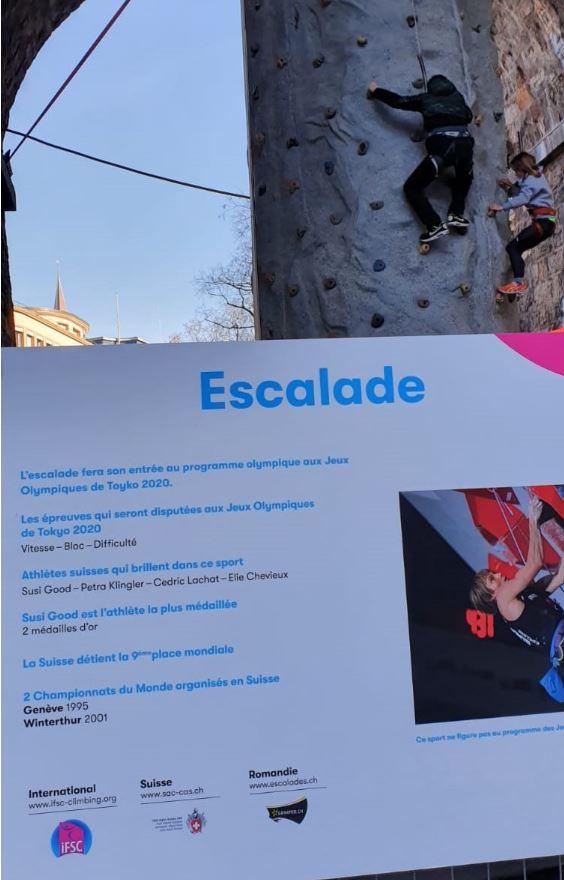 Downtown Lausanne is now also home to a climbing wall.