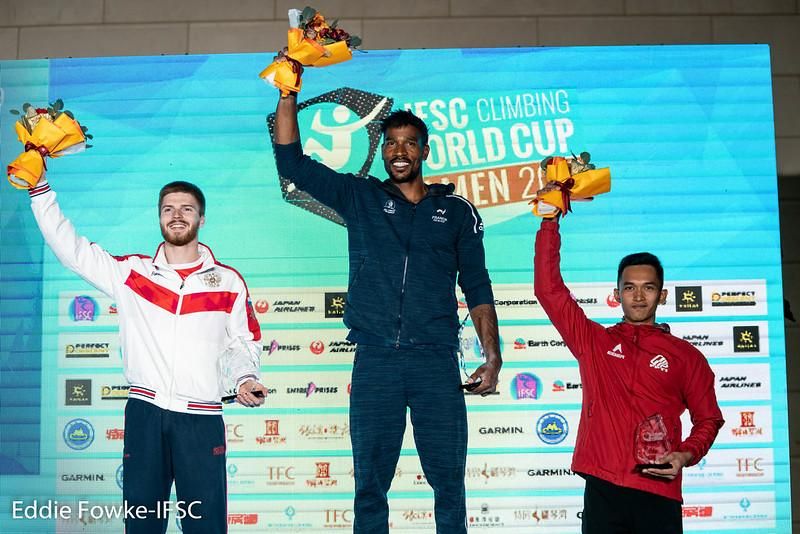 For a blisteringly fast sport, the IFSC Speed World Cup 2019 season was drawn out over a span of seven months and across four continents, but the end was worth the wait.

Speed climbing is a sport that requires immense precision to advance through the brutal knockout rounds and claim a spot on the podium.

His season started strong with a win at the first event in Moscow and a silver medal in Wujiang, but from there, things started getting tight.

Indonesia’s Alfian MUHAMMAD took the gold medal in Chongqing and again in Chamonix. While Vladislav DEULIN regularly found himself in the top five.

By the final event in Xiamen, the overall rankings for the season were yet to be set in stone.While MAWEM stood at the highest position,many athletes were determined to work their way up.

When MAWEM failed to advance to either of the finals in Xiamen, DEULIN had a shot at surpassing him to earn the season gold. However, he fell short with a third-place finish to find himself in with a silver medal for the season instead.

With his two first-place finishes, paired with several lower results, MUHAMMAD stood on the third podium step at the end of this year’s Speed Climbing season.

The women’s season started with a new world record at the second IFSC Speed World Cup in Chongqing, China. In front of her home country, YiLing SONG raced up the wall in 7.10 seconds and received her second gold medal of the season. After setting a new record, SONG made a formidable opponent as she went on to earn silver in Villars, followed by another gold in Chamonix.

Defending Speed World Cup 2018 season champion, Anouck JAUBERT (FRA) was close on her heels, consistently find a spot in the top four of each event and with a win in Villars. But by the time the last speed competition took place, SONG had already claimed the Speed World Cup 2019 season champion title for herself, while JAUBERT finished out the season in second place.

It was Indonesian Aries SUSANTI RAHAYU who stood on the third step of the podium after an unbelievable win in Xiamen that capped off the season with yet another world record. The final race of the season saw SONG versus SUSTANTI RAHAYU, however, SONG slipped at the start while her opponent blazed up the wall. SUSANTI RAHAYU became the first woman to climb the speed wall in less than seven seconds with a time of 6.99 seconds.

The complete rankings for the IFSC Speed World Cup 2019 season can be found here. 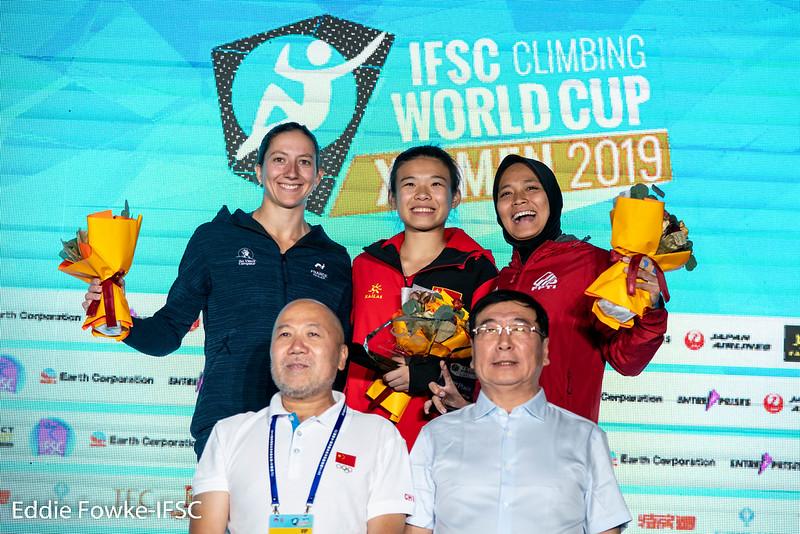