On October 14-15th 2019, the Tokyo Organising Committee of the Olympic and Paralympic Games (TOCOG) welcomed International Federations (IFs) representing sports set to feature in next year’s Olympic Games at the recently opened Olympic House in Lausanne, Switzerland. IFs were invited to partake in a seminar providing updates on the latest preparations for the Olympic Games Tokyo 2020 and on behalf of the IFSC, Head of Olympic Coordination Jérôme Meyer and Administration Director Francesca Jengo attended. 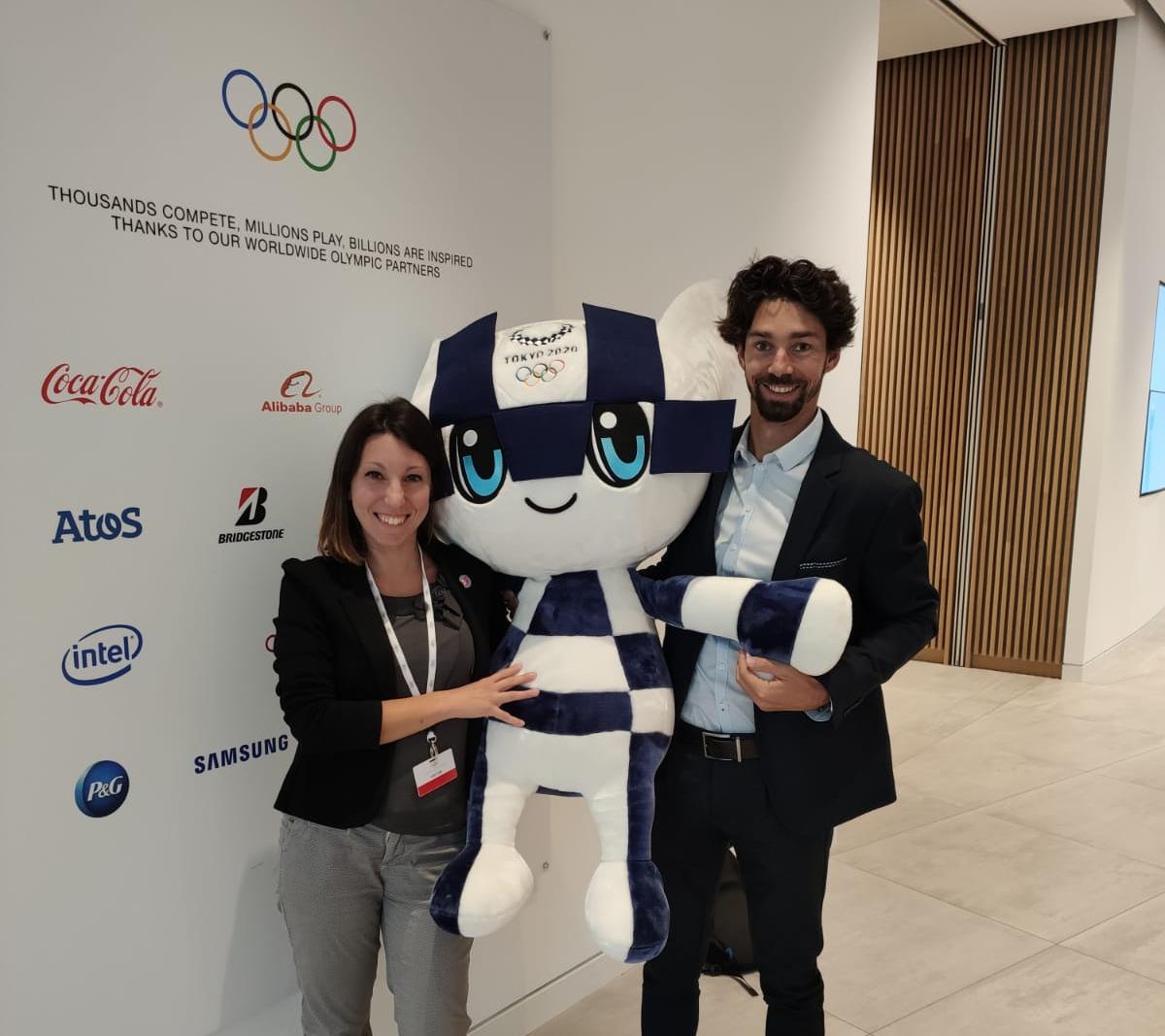 Following a welcome from International Olympic Committee (IOC) Sports Director Kit McConnell and Koji Murofushi, 2004 Olympic gold medallist and TOCOG Sports Director, proceedings commenced with a progress report on Tokyo 2020 from Hide Nakamura of TOCOG. The report included contingency plans and also covered crisis management. A second progress report was then presented by Koji Murofushi, updating IFs on matters such as ticketing, venue status, test events and engagement ahead of the Games, before the Tokyo Organising Committee moved on to discuss culture and life in Tokyo, as well as transport in and around the city.

Representatives of Olympic Broadcasting Services (OBS), who produce the live television, radio and digital coverage of the Olympic and Paralympic Games, continued to introduce the IFs in attendance to the coverage plan for the Games. Sport presentation, including the ‘Look of the Games’, was also addressed by both OBS and Koji Murofushi of TOCOG, with the latter bringing the IFs up to speed on timelines for installation.

Minjung Seo of the International Testing Agency next raised the topic of anti-doping ahead of the Tokyo 2020 Medical presentation. Day one of the seminar then concluded with talks around accreditations and sport entries, with Melina Xanthopoulou (TOCOG) updating the IFs of qualification monitoring and systems.

The second and final day of the seminar began with conversations around hospitality, before moving on to review sport equipment and logistics. Insight into the Olympic Channel coverage was then offered by Mary Byrne of Olympic Channel Services (OCS). Technical Officials were then considered by Yuko Kitaichi of the Tokyo 2020 team, taking into account uniforms and the IF manual. The seminar concluded with a review of the next steps to be taken in the final countdown to the 2020 Games, as well as proposing methods for wider IF communication.

“With less than 290 days to go until the Olympic Games commence, it’s useful to hear from other IFs and the Tokyo 2020 organisers to gain insight into preparation timelines. We’re starting to now see the hard work of the last years coming together as we enter the final countdown to the Games, so now it’s time to make embark on the final stage of the ascent to Sport Climbing’s first ever Olympic Games,” says IFSC Head of Olympic Coordination Jérôme Meyer.