As Sport Climbing grows, so too must the IFSC. With a rapidly expanding team of presently 10 staff members, the IFSC has now outgrown its headquarters and so, will this week be relocating to a new and bigger office.

As of 25th September 2019, the IFSC headquarters will be based at the following address: 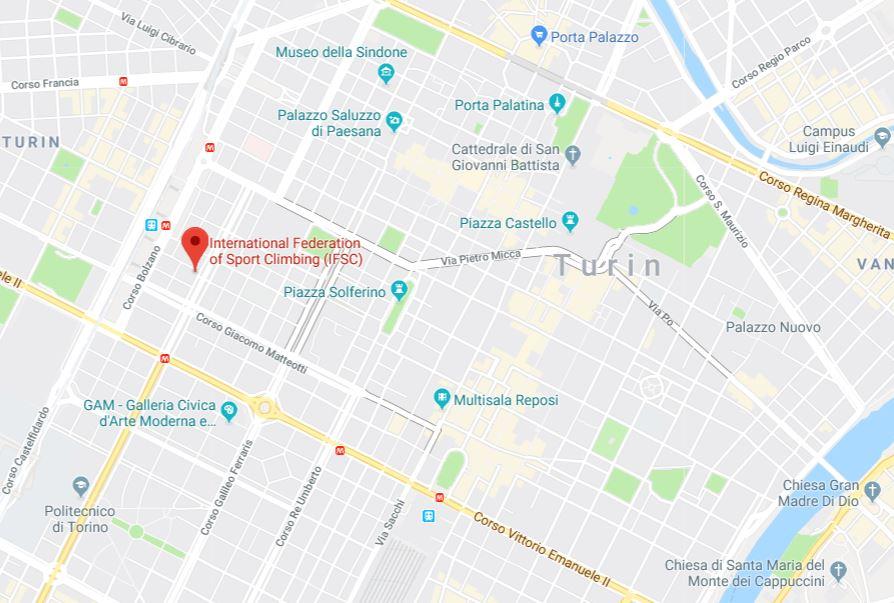 The new office will make room for further additions to the team over the coming months. Additionally, the IFSC’s new headquarters includes a meeting room large enough to host Executive Board and other meetings within the office.

“Over the last two years, the number of staff members employed by the IFSC has doubled. To accommodate the growing team, the IFSC Plenary Assembly were informed that by the end of the year we would relocate to a new office, which we’re now excited to announce as Corso Vinzaglio 12 in downtown Turin, Italy,” says IFSC Administration Director Francesca Jengo.

Easily accessible by public transport, the IFSC’s new office is less than 500m away from Porta Susa, one of Turin’s two main train stations, as well as the nearest metro station.