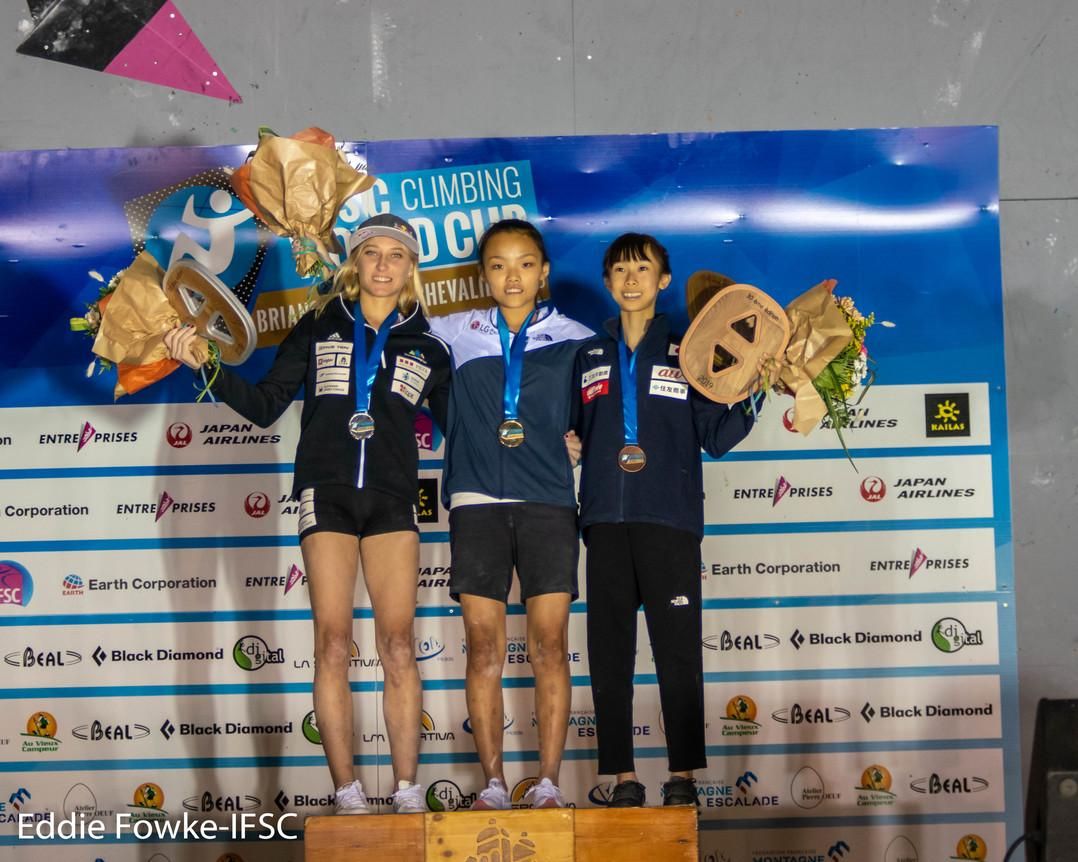 Another Gold for SEO, 4 Medals for Japan

The competition in Briançon was the third event in as many weeks and featured plenty of crimpy holds and endurance heavy routes that pushed the climbers to their limits to yield fewer ties than its predecessors.

An All Japanese Podium

With so many big names in the men’s circuit missing from the competition, the first-place position on the podium was open for the taking, making this a particularly fascinating final. Hidemasa NISHIDA (JPN) was the first climber on the wall and as he smoothly made it to the final panel and pressed toward the top, it appeared as if this route could be an easy top for the rest of the athletes.

However, as each climber took their turn on the route, it started becoming clear that the section just passed the headwall was the ultimate crux. Each competitor fell one after another just below NISHIDA’s highpoint, granting him the first podium of his career. His compatriots, Hiroto SHIMIZU and Shuta TANAKA finished in second and third.

Team USA finally saw its first men’s competitor to a final with Sean BAILEY finishing in fifth place. There were a few repeat finalists this event with Domen SKOFIC (SLO), William BOSI (GBR) and Sean McCOLL (CAN) returning for a second final this season to continue their climbs up the overall rankings.

The top athletes of the women’s lead season are starting to become more apparent with many of the Briançon competitors making a repeat finals appearance this season. Janja GARNBRET (SLO) returned with hopes of redeeming herself after missing finals in Chamonix, while the up-and-coming Chaehyun SEO (KOR) was seeking another gold medal.

GARNBRET was the sixth climber to attempt the women’s final and with a spectacular jump, she was the first competitor of the day to top a route. After needing a second to clip in, she sat at a tentative first place with two other climbers left. Japan’s Natsuki TANII was the next up and easily made her way up the wall falling on the jump to the top hold, landing just behind GARNBRET in the rankings. All Chamonix gold medalist SEO had to do now to win her second world cup was get to the top. After landing the move and heel-hooking the final hold to secure the final clip she earned the first-place spot on the podium for the second week in a row.

The complete list of starters, results and event highlights can be found on the dedicated event page.

In a little over three weeks, the athletes will make their way to Hachioji, Japan for the IFSC Climbing World Championships 2019 and a chance to qualify for Sport Climbing’s Olympic debut. The world championships will be held from August 11 to 21 at the Esforta Arena Hachioji and will include bouldering, speed, lead and combined competitions. Learn more about the upcoming world championships on the dedicated event page. 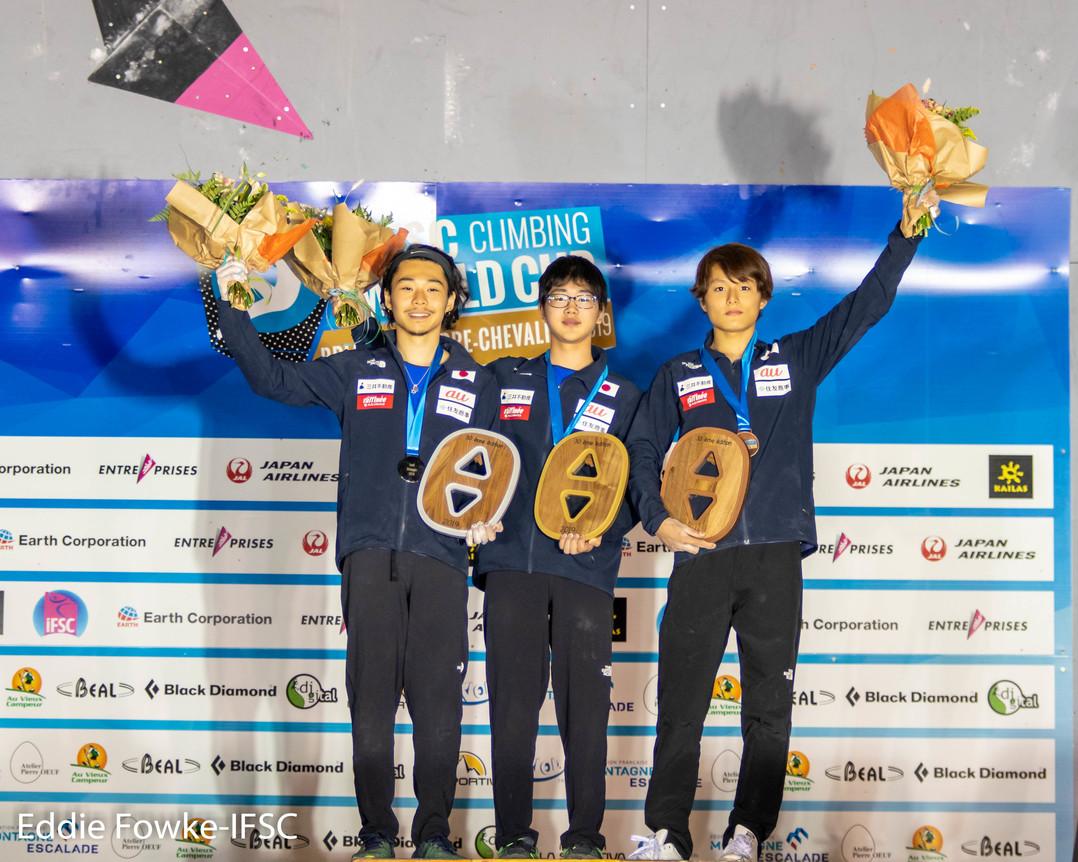