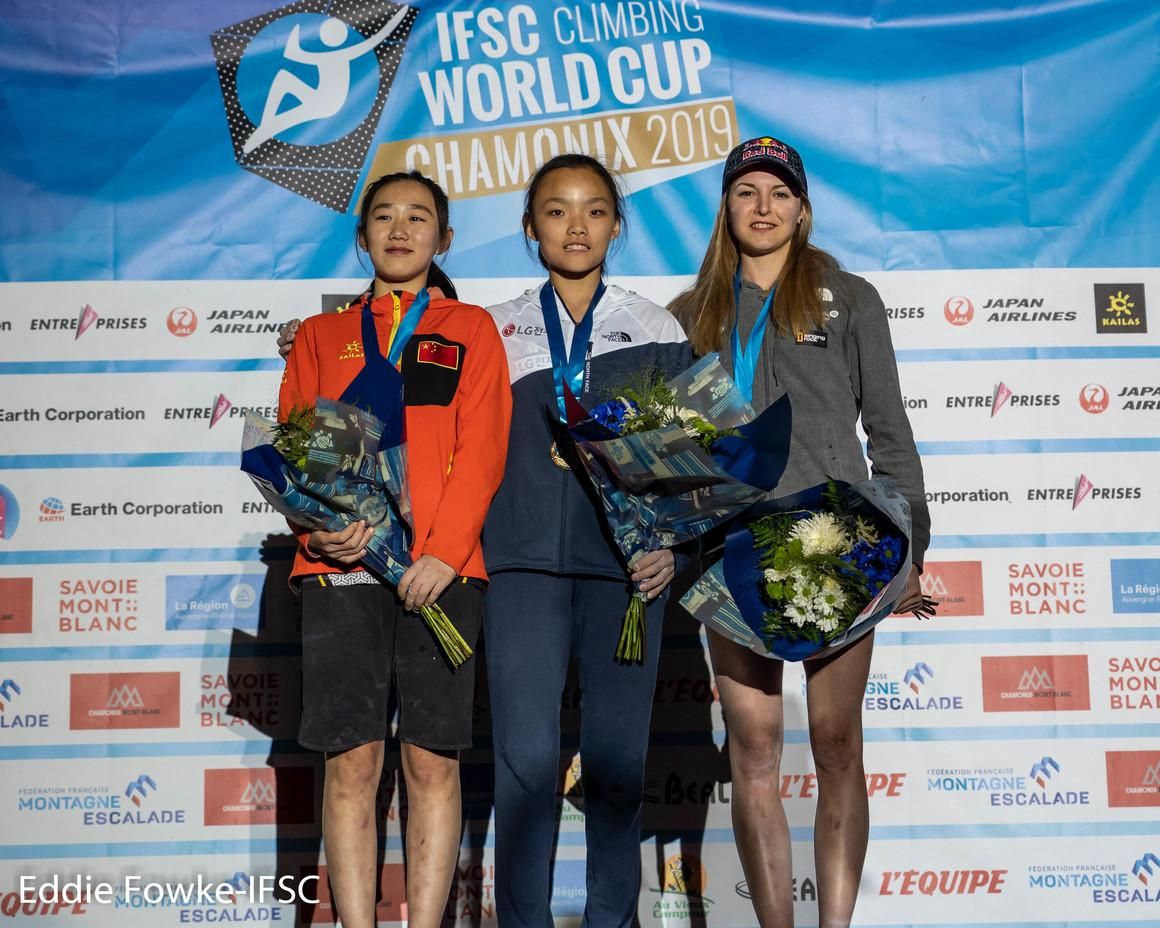 A New Women’s Gold; Ondra Back on Top

As the sun set on the legendary mountain town of Chamonix, the competitors took on the lead wall in front of a sea of people at one of the most popular events in the world cup circuit. The final saw no tops and many ties for the women, but the men’s final was considerably more decisive.

In a surprising turn of events, the crowd favorite, Janja GARNBRET (SLO) was knocked out of the competition after placing ninth in the semi-finals, one move shy of advancing. This is the first time in GARNBRET’s career that she has not made a lead final. This left the first-place position on the podium wide open for the other climbers for the first time since the start of the bouldering season.

The women’s final featured 42 moves to the top, but with the crux of the route situated just above the headwall after a long climb, none of the athletes made it to the top. With another series of ties, the results referred back to the semi-final placing. It was the Villars second-place finisher, Chaehyun SEO (KOR), who took home the gold, her first in her climbing career.

Team USA finally had a representative in a final this season, with Ashima SHIRAISHI earning fifth. Jessica PILZ (AUT) was originally awarded a higher result for her attempt but was later marked down and ended the event with bronze, giving YueTang ZHANG (CHN) the silver.

After a challenging semi-final round for the men, several of the top men’s athletes passed through to the finals. Alexander MEGOS (GER) who had initially held seventh place at the end of the semi-finals was moved down to eighth for using a bolt. With that result, MEGOS is the first out during the finals and made an impressive attempt at the top, holding on to first place for the entire round until Adam ONDRA (CZE) out climbed him at the end to seize his first lead gold of the season.

Austrian Jakob SCHUBERT, the reigning Lead Season Champion of 2018 fell just short of MEGOS’s highpoint and claimed the bronze medal in Chamonix. Great Britain had a men’s finalist for the first time this season and William BOSI did not fail to put on a good show, finishing his finals run in fourth.

The 2019 Lead Season will continue on July 19 in Briançon, France after the IFSC Paraclimbing World Championship held from July 16 to 17. Visit the dedicated event pages on the IFSC website for the full list of starters, schedules and highlights from last year. 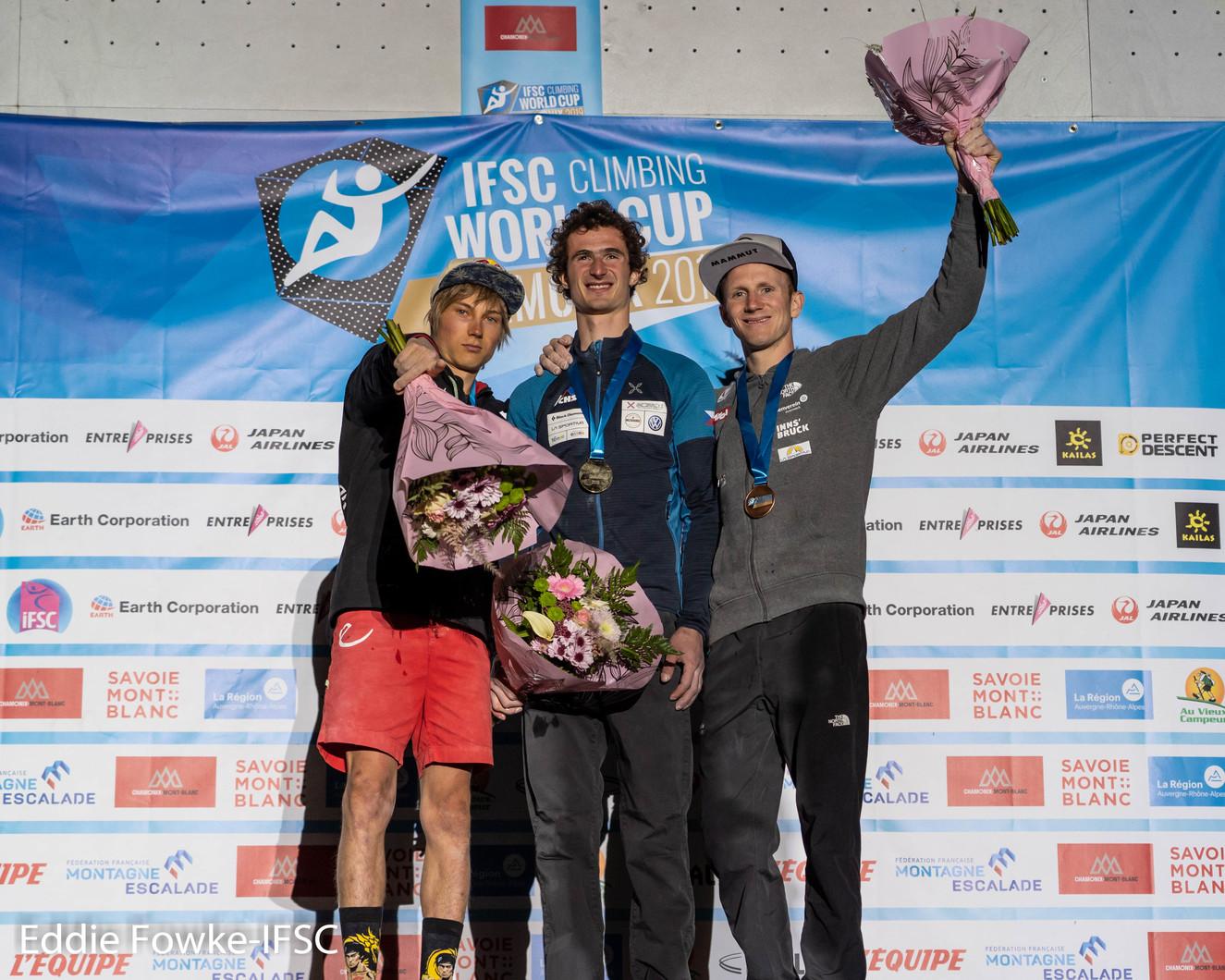