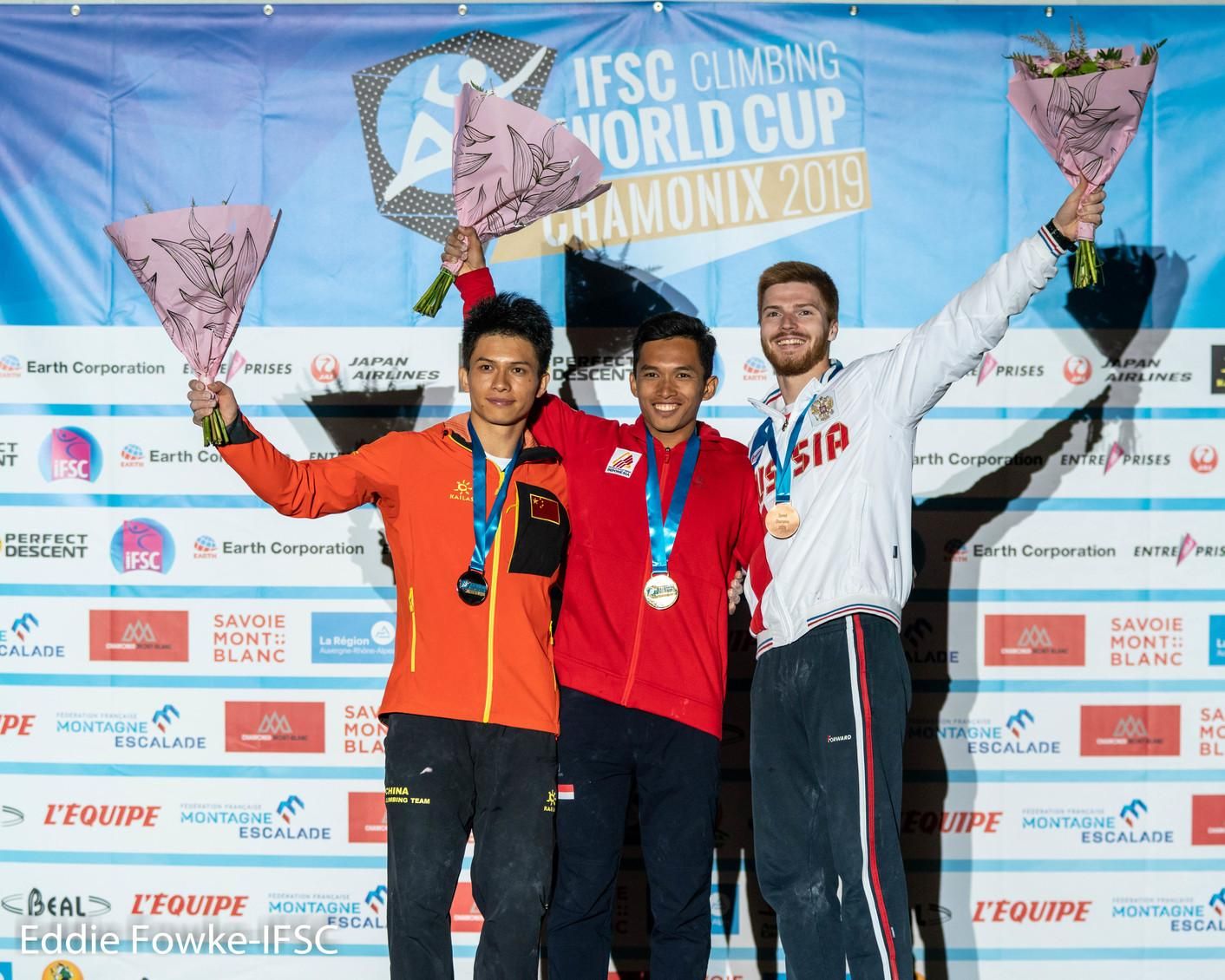 Another Gold for China and Indonesia

The speed climbers were fortunate to have a cool night for the penultimate speed finals of the season, which were held at the Place du Mont Blanc in Chamonix, France with light rain only appearing at the very end of the event.

The Speed Finals in Villars left China’s YiLing SONG and France’s Anouck JAUBERT tied for the season’s speed title, however, JAUBERT dropped out of the competition in the first round after losing her race to Aries SUSANTI RAHAYU (INA). Despite the low friction conditions on the wall, SONG continued to blaze through her races with times under 7.3 seconds, just skirting her recent world record time.

The women’s small final saw a simultaneous fall from Aleksandra KALUCKA (POL) and SUSTANTI RAHAYU right off the start. After a few moments, the race was held again, with KALUCKA earning bronze after another fall from her opponent. SONG faced Elizaveta IVANOVA (RUS) in the big final, claiming her third gold of the season by default after a false start from IVANOVA. This is IVANOVA’s second podium of the season, she finished third in Villars after missing out on the big final due to another false start.

A Second Gold for MUHAMMAD

In a shocking turn of events, top men’s competitors Dmitrii TIMOFEEV (RUS) and Bassa MAWEM (FRA) were knocked out of the running early on in the competition; TIMOFEEV losing to Alfian MUHAMMAD (INA) and MAWEM in a false start in his race against Vladislav DEULIN (RUS)

DEULIN ultimately seized his bronze medal after Danyil BOLDYREV (UKR) fell halfway up the climb. The big final for the men was a tight race between QiXin ZHONG (CHN) and MUHAMMED. Both climbers were nearly in sync, but it was MUHAMMED who pulled ahead and hit the pad first, earning his second gold medal of the season after Chongqing.

The Speed Climbing World Cups will now a two and half month break and recommence in Xiamen, China from October 18 to 20. Going into the final speed climbing competition of the season, SONG has pulled ahead of JAUBERT in the rankings, while MAWEM continues to be at the top with DEULIN now taking a close second ahead of TIMOFEEV.

Find the complete results for the event on the dedicated event page. 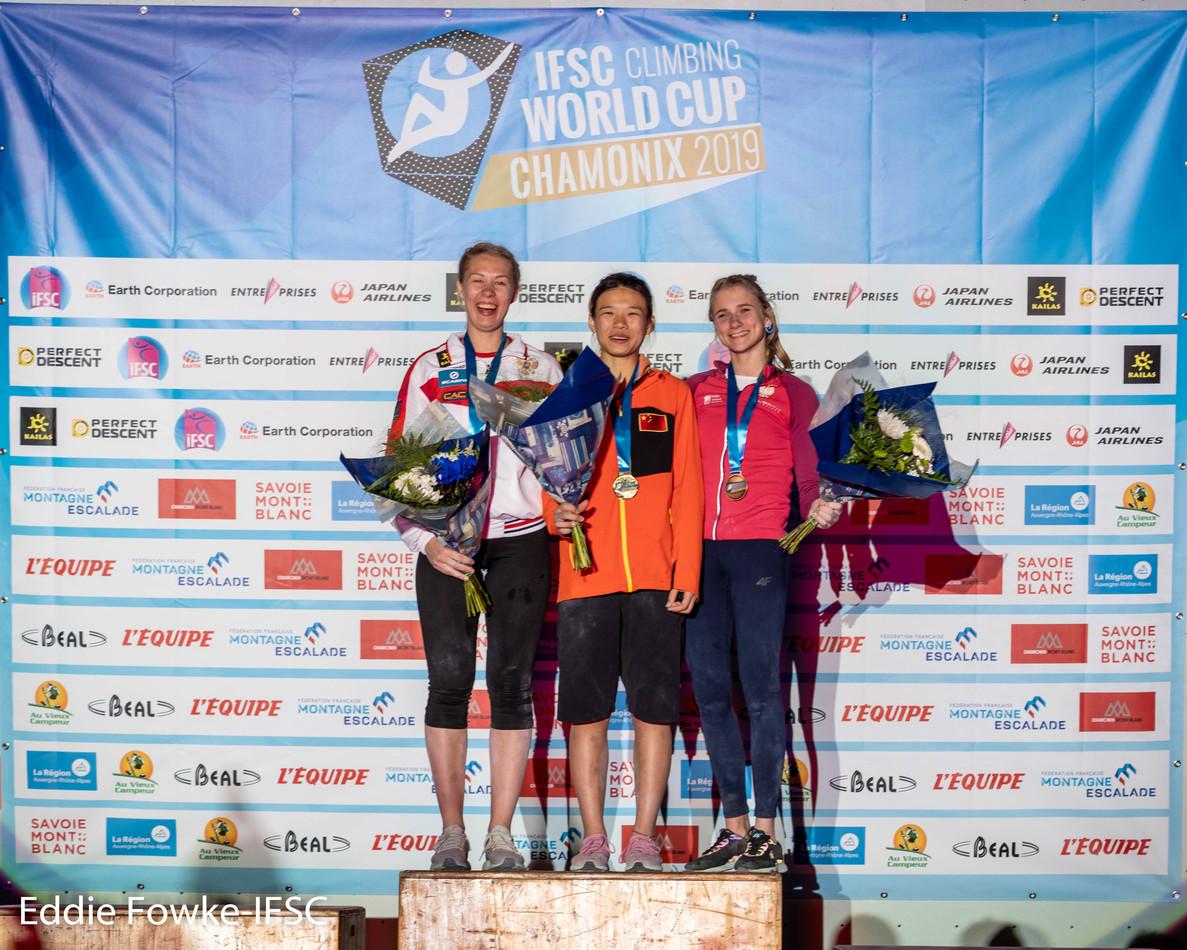