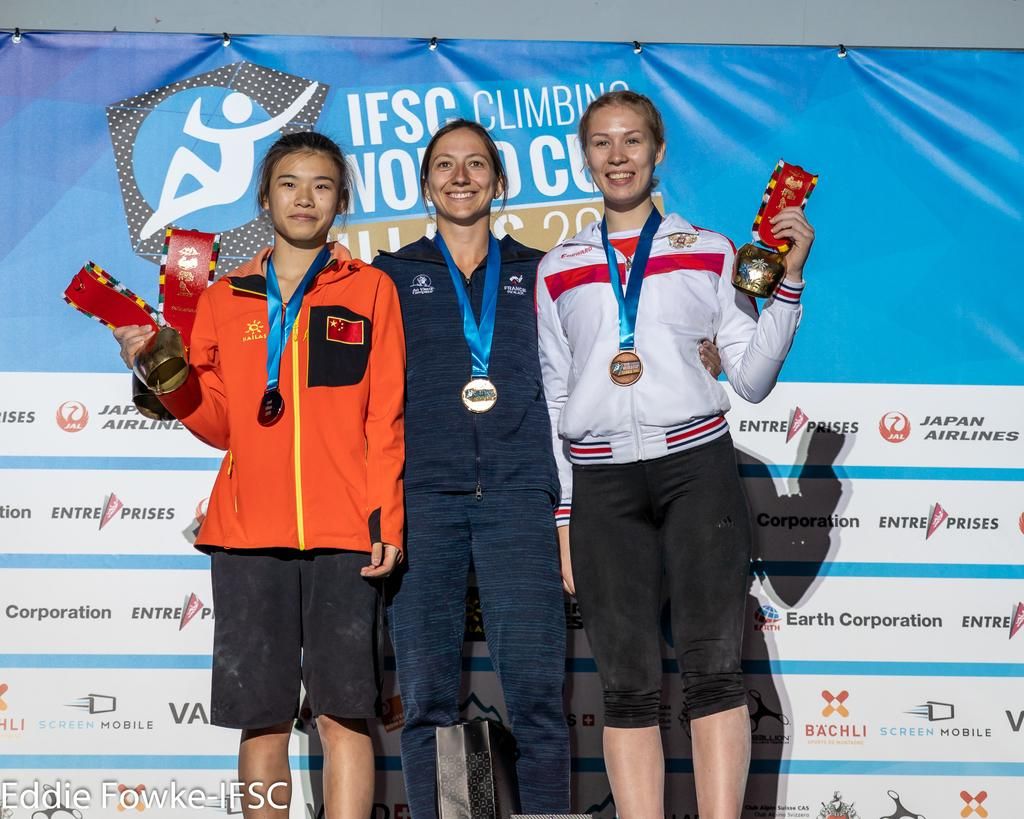 Two months after the last speed climbing competition, the speed athletes return in Villars, Switzerland for the highly anticipated fourth IFSC Speed World Cup of 2019 and did not fail to bring the excitement with many results coming down to an athlete’s ability to recover from slips on the wall.

The times clocked in during qualifications were some of the fastest qualification times of the season. One of the highlights of the event was the appearance of Bouldering Champion Miho NONAKA (JPN) on the list of finalists with a time of 8.571 seconds. This is the first time that someone on Team Japan has advanced to a speed final.

In the first round of the men’s competition, reigning 2018 Speed Champion, Bassa MAWEM (FRA) faced Italian climber and Wujiang bronze medalist, Ludovico Fossali before advancing to the next round with World Record Holder, Reza ALIPOURSHENZANDIFAR (IRI). Their showdown began with some technical difficulties, increasing the suspense, but MAWEM pulled though for the win after a slip from his competitor. During the same round, Dmitrii TIMOFEEV (RUS) took down compatriot Vladislav DEULIN by a mere 0.02 seconds.

Going into the final rounds for the men, TIMOFEEV looked like the man to beat, while MAWEM appeared to be the crowd favorite. Aleksandr SHIKOV (RUS) and Jan KRIZ (CZE) were up first with SHIKOV advancing to the final to face TIMOFEEV who beat MAWEM in a tight race.

Both of the men’s finals ultimately came down to falls, with TIMOFEEV and MAWEM failing to complete either of their races and finishing in second and fourth place respectively. In his race against KRIZ, MAWEM slipped several times but appeared to be catching up at the top until falling at the end, leaving KRIZ with third place. This is the second year in a row that SHIKOV has won the Villars Speed World Cup.

After her early exit in Wujiang due to a slip at the start, YiLing SONG (CHN) was looking to redeem herself and win her third gold medal of 2019, while Anouck JAUBERT (FRA), 2018 Speed Champion, had her eyes on her first win of the season.

In the second round of the women’s competition, JAUBERT went head-to-head with Anna TSYGANOVA (RUS), another top speed contender. JAUBERT started off stronger and was able to keep the lead to the end. She then faced Elizaveta IVANOVA (RUS) in the third round and moved ahead to the finals after a false start from her competitor.

During the small final, IVANOVA was able to redeem herself after the false start by beating Di NUI (CHN) and earning bronze.

The final race of the night was between SONG and JAUBERT. SONG started off the race at a blistering pace and held the lead until the final moment, slipping before the jump to the top, giving the win to JAUBERT. With these results, both SONG and JAUBERT are now tied in the overall speed rankings for 2019, with only two competitions left.

Visit the official event page for the full results and stay tuned for the first Lead World Cup tomorrow. 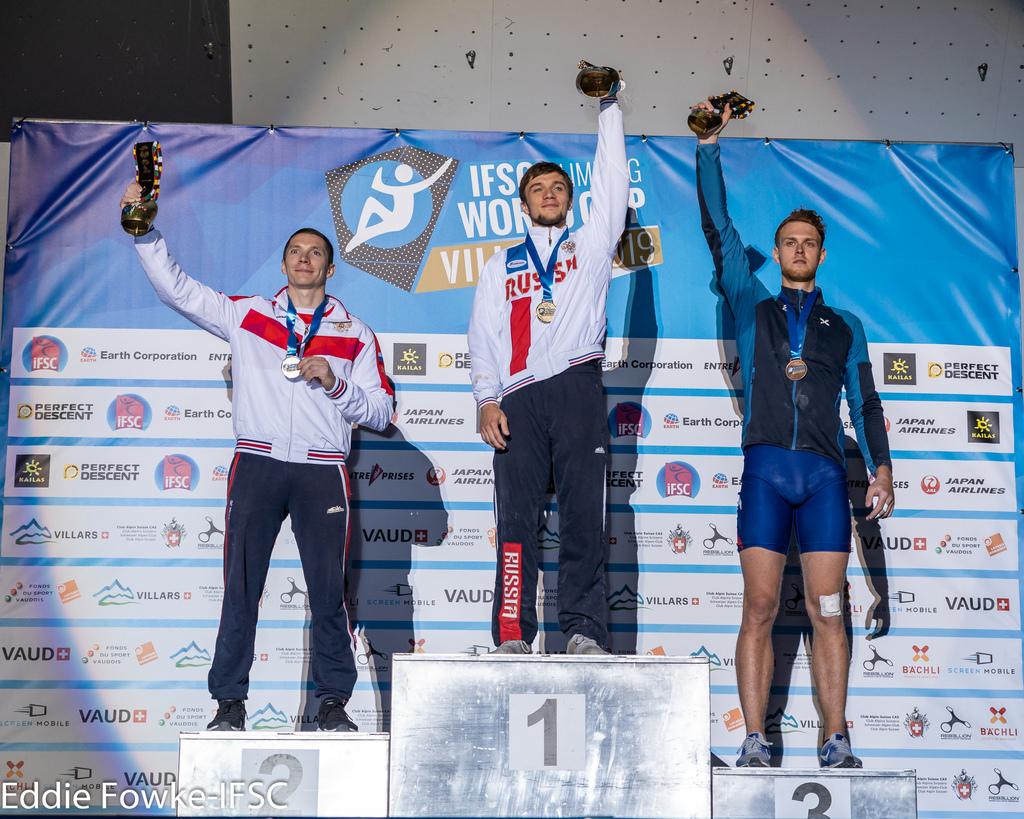