IFSC Attends the Indoor Climbing HUB at OutDoor by ISPO

OutDoor by ISPO took place in Munich, Germany this week, from June 30th until July 3rd. Allowing members of the outdoor industry to network, exchange ideas and experience new trends, the event was also home to the second Indoor Climbing HUB (the first of which took place during ISPO Munich earlier this year). As such, IFSC President Marco Maria Scolaris, Vice-President Sport/Events Kobinata Toru, Head of Olympic Coordination Jérôme Meyer, Sport Assistant Hazel Han and IFSC Consultant Charlotte Durif attended the trade show, to discuss the development of Sport Climbing in the approach to Tokyo 2020 and beyond.

In a series of workshops and lectures on Monday afternoon, IFSC Head of Olympic Coordination Jérôme Meyer and Consultant Charlotte Durif introduced the IFSC Olympic Engagement Project to the HUB. The initiative aims to engage stakeholders from the climbing industry alongside the IFSC in building the sport’s future Olympic journey. Invited for the occasion, representatives of the International Olympic Committee (IOC) next provided an explanation of Rules 40 and 50 to HUB attendees, which concern marketing and communication around the Games and athletes (Rule 40) and the use of logos within the Field of Play during the Olympic Games (Rule 50).

Following the IOC Session in Lausanne, Switzerland, last week, which saw a unanimous vote to provisionally include Sport Climbing, Breaking, Skateboarding and Surfing in the Olympic Games Paris 2024, IFSC President Marco Maria Scolaris attended the Indoor Climbing HUB to discuss the IOC’s decision. President Scolaris next raised ideas for the future of Sport Climbing, before opening the floor for questions.

“I’m delighted to be able to share such wonderful news from the IOC Session last week. Sport Climbing is just beginning its Olympic journey and it is humbling to see just how much support and faith both the IOC and members of the climbing community have in our sport. The future of Sport Climbing is bright,” says President Scolaris. 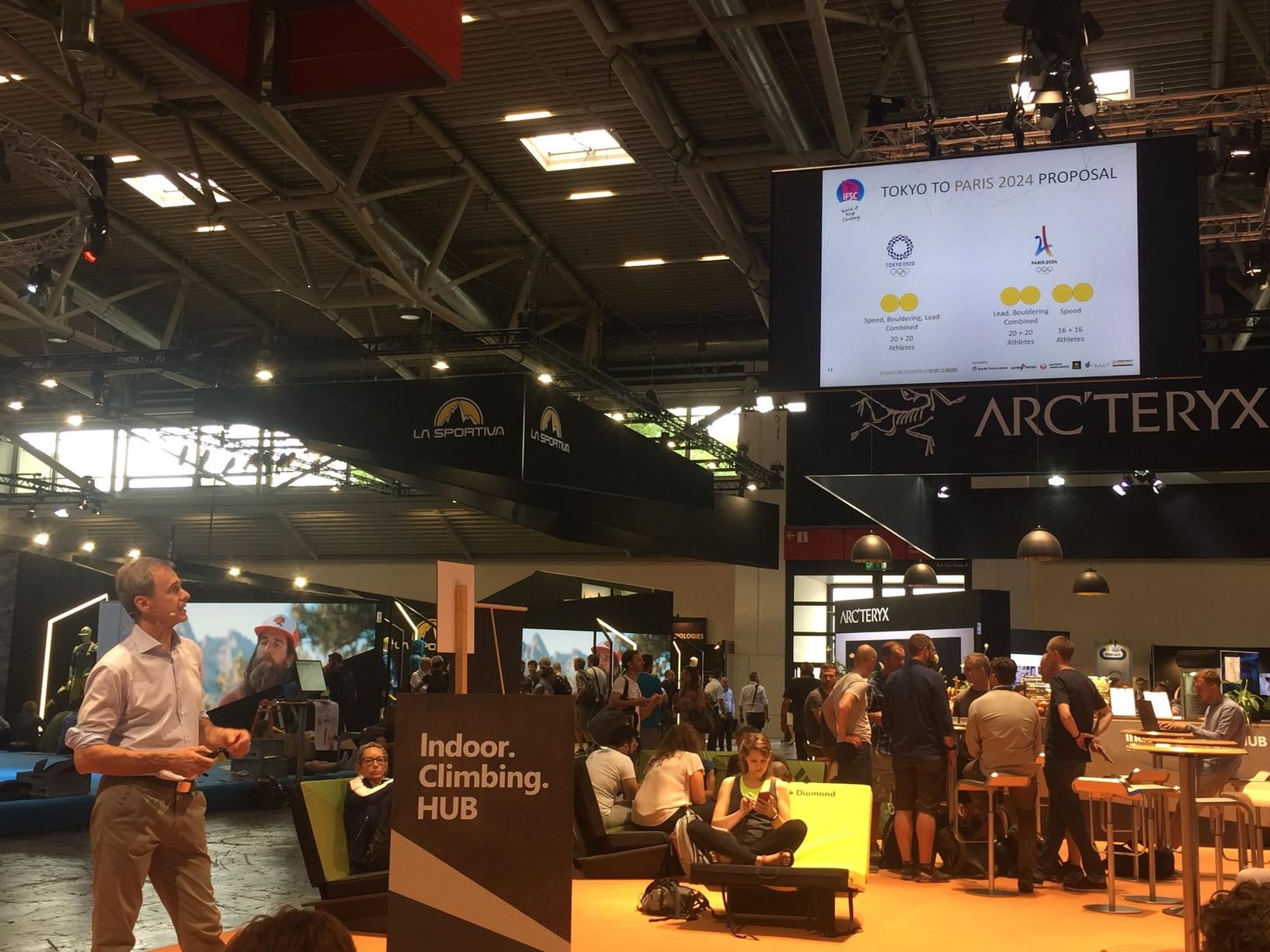 Also present at the Indoor Climbing HUB were IFSC Vice-President Sport/Events Kobinata Toru and Sport Assistant Hazel Han, who met with IFSC Authorised Holds, Macros and Volumes producers at the event. VP Toru and Ms Han took the opportunity to also meet with other brands who may be interested in featuring within the IFSC Official Sport Equipment Catalogue in the future, as well as exploring the possibility of expanding the number of equipment categories in 2020.

“The Indoor Climbing HUB has been a great opportunity to connect with IFSC Authorised Holds, Macros and Volumes producers, just several months after the release of this category within the IFSC Official Sport Equipment Catalogue. It’s also interesting to hear the opinions of other brands who may join the list of IFSC Official Sport Equipment producers in future years,” states VP Sport/Events Kobinata Toru. 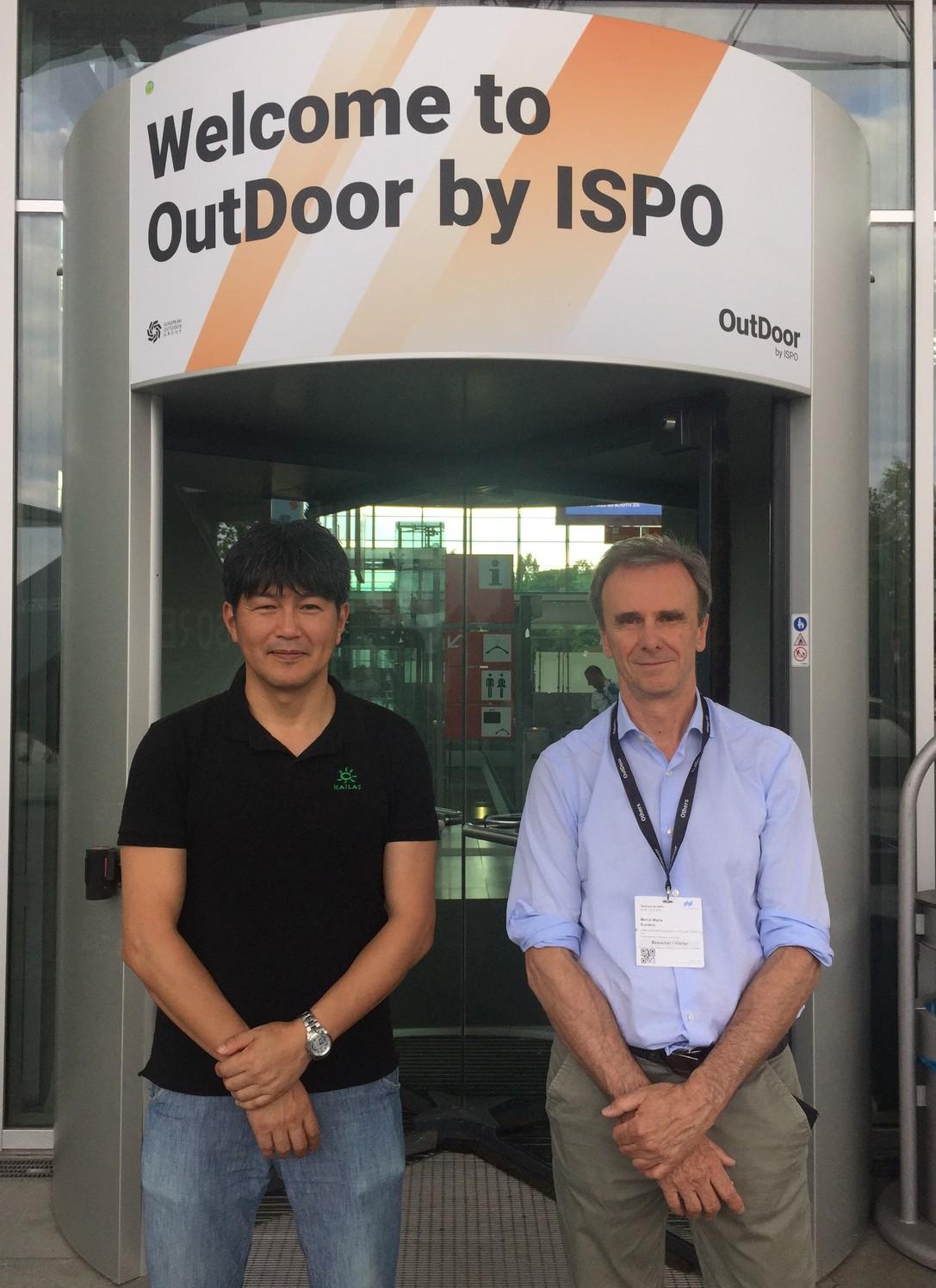