The Annual General Meeting and Conference of the Association of British Climbing Walls (ABC) kicked off this morning, 27th June in Sheffield, Great Britain. Attending the first of a two-day event, IFSC President Marco Maria Scolaris was welcomed at the conference as keynote speaker.

Aiming to promote the professionalism, growth and health of the indoor climbing industry, the ABC Conference is set to showcase a series of talks and workshops from some of the industry’s leading names, including IFSC President Marco Scolaris.  IFSC Partner Entre-Prises will also be in attendance as event sponsor and exhibitor.

“As Sport Climbing grows and develops, it is always interesting to hear the views of climbing industry professionals. This was a great opportunity for me to address the ABC and the many stakeholders attending the event, sharing the good news I was bringing from Lausanne as well as the IFSC vision and hopes for the years to come. With less than 400 days to go until Tokyo 2020 and now a unanimous vote from the IOC to provisionally include Sport Climbing in the Paris 2024 Olympic programme, the possibilities for our sport are endless,” stated President Scolaris. 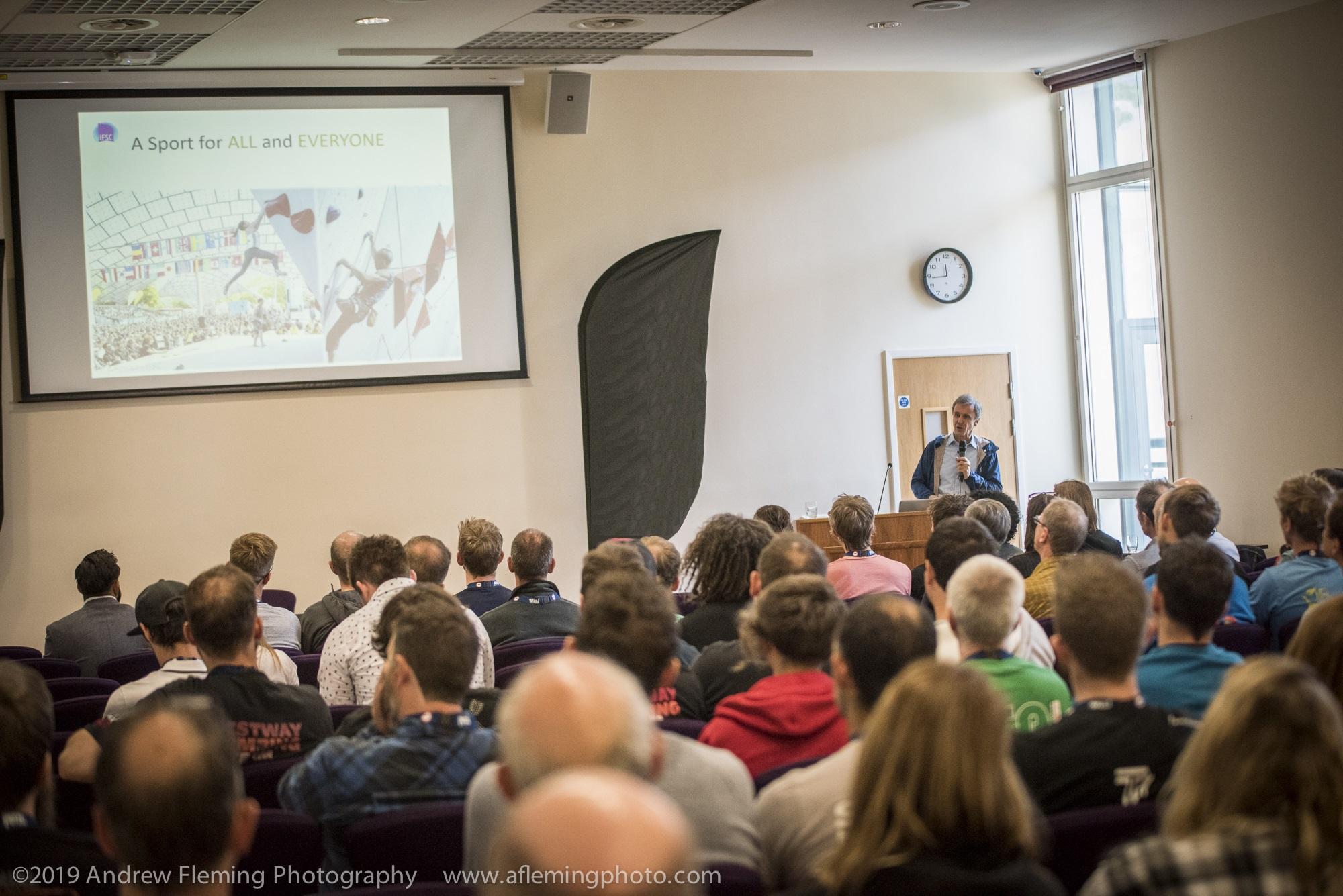