The speculation of who would come out on top of the Men’s 2019 Bouldering Season was the central focus of the Men’s Vail World Cup. Adam ONDRA (CZE) and Tomoa NARASAKI (JPN) were neck-in-neck in the rankings with NARASAKI needing to place both second and above ONDRA to win the title.

The competition started out on a slab, with both Jan HOJER (GER) and NARASAKI flashing the problem, and ONDRA securing the top after his second attempt. M2 proved to be the easiest problem for the men, giving them each a top and making finishing the final two walls crucial to earning a place on the podium.

Sean MCCOLL (CAN) and ONDRA were the first two to attempt the technical slab climb, however neither were able to get the zone, pushing ONDRA down to fifth place and MCCOLL to sixth. With his rival for the overall title down in the rankings, NARASAKI just needed a top to take control of the competition, which he delivered. HOJER was next, needing multiple attempts to secure the zone. Fueled by the cheers of the crowd, he made a final attempt on the top but overshot with seconds remaining on the clock. Yoshiyuki OGATA (JPN) was the second climber to reach the top of M3, jumping ahead in the rankings to a tentative second place with three tops. Jongwon CHON (KOR) had the same finish as HOJER, just missing out on the final hold by a few centimeters and moving to fourth.

The battle for the podium came down to the final wall. The first four climbers all managed to secure the zone, but were stopped by the following hold. With perfectly executed technique, OGATA flashed the problem, overcoming NARASAKI and earning his first IFSC World Cup gold medal. In order to make the podium, CHON just needed to reach the zone in fewer attempts than HOJER. In true showstopping fashion, he crushed the problem on his second attempt to the roar of the crowd and finds his first spot on an IFSC podium in two years, with bronze.

Visit the official event page for the full results and highlights from this last Bouldering World Cup 2019 in Vail. 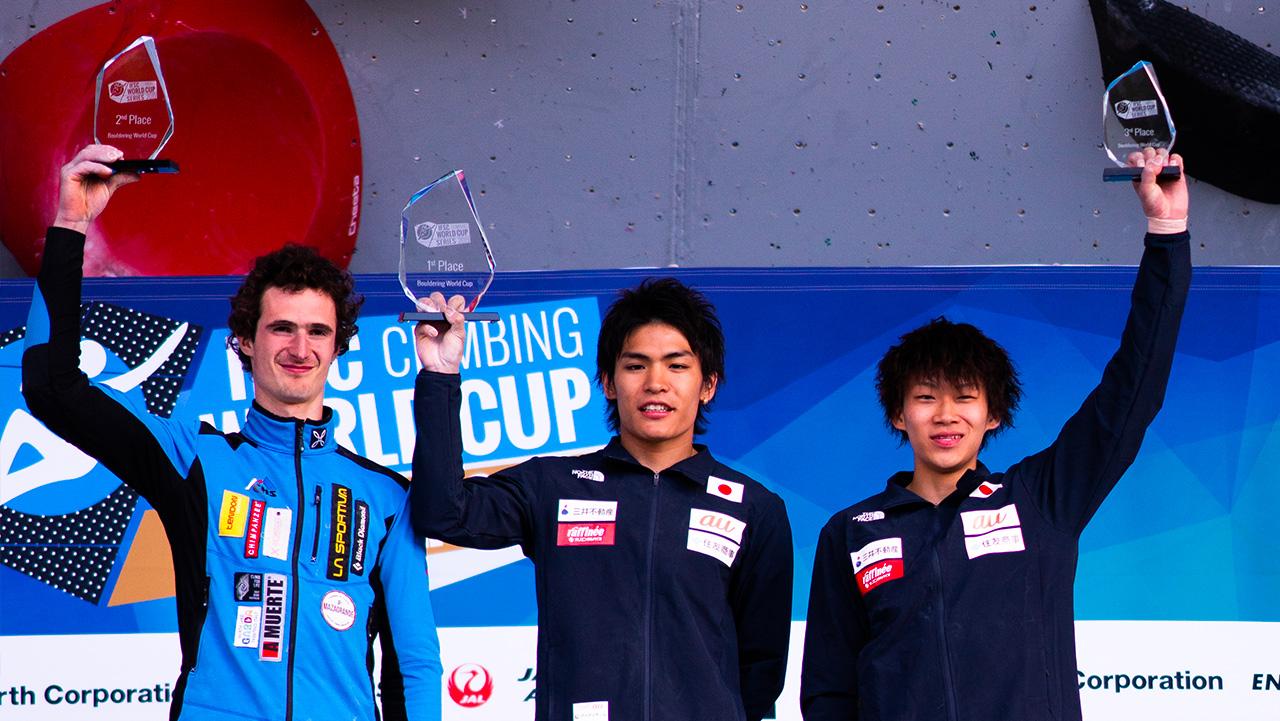