The women’s final featured four heavy hitters and two newcomers to the IFSC World Cups. While GARNBRET had already secured the season title after her win in Munich, the places on the final bouldering podium for the year were still to be determined.

All the competitors make quick work of W1, completing the problem in no more than three attempts. Akiyo NOGUCHI (JPN) had her eyes on securing the second-place position in the overall rankings and promptly flashed the problem. Not to be outdone, Fanny GIBERT (FRA), who finished the semi-finals in first with four tops, also flashed it, determined to maintain her overall ranking. The number of total tops started to decline during W2, the dyno to gaston tripping up the competitors leaving the top spot open for the taking after GIBERT failed to finish.

Going into the second half of the women’s competition, the problems required even more technique and balance. Her first IFSC World Cup Final, Luce DOUADY (FRA) really showed her talent on W3 by toe hooking the left hold to avoid barn-dooring off the zone, but ultimately missed out on the top. The problem also knocked NOGUCHI down to third place behind GIBERT, leaving the final podium placements down to the fourth and final wall.

Set with a jumping start in mind, Mao NAKAMURA (JPN) decided that static would be best for her and earned another zone for her efforts during her first IFSC World Cup and Final. The riskiest method attempted was the bat hang by NONAKA. She reached the zone pretty quickly but tired out before time was up, landing in a tentative second place with three strong climbers remaining. NOGUCHI was next, completing the problem in only two attempts, putting her ahead of GARNBRET. With the gold medal and history on the line, GARNBRET put on her game face and flew up the route in a single attempt for the win to the cheers and congratulations of everybody. But the final wasn’t over yet. Determined to land in second place, GIBERT gave her all on the final problem, even climbing past the buzzer just to reach the top, but ultimately finished in third, behind NOGUCHI.

Visit the official event page for the full results and highlights from this last Bouldering World Cup 2019 in Vail. 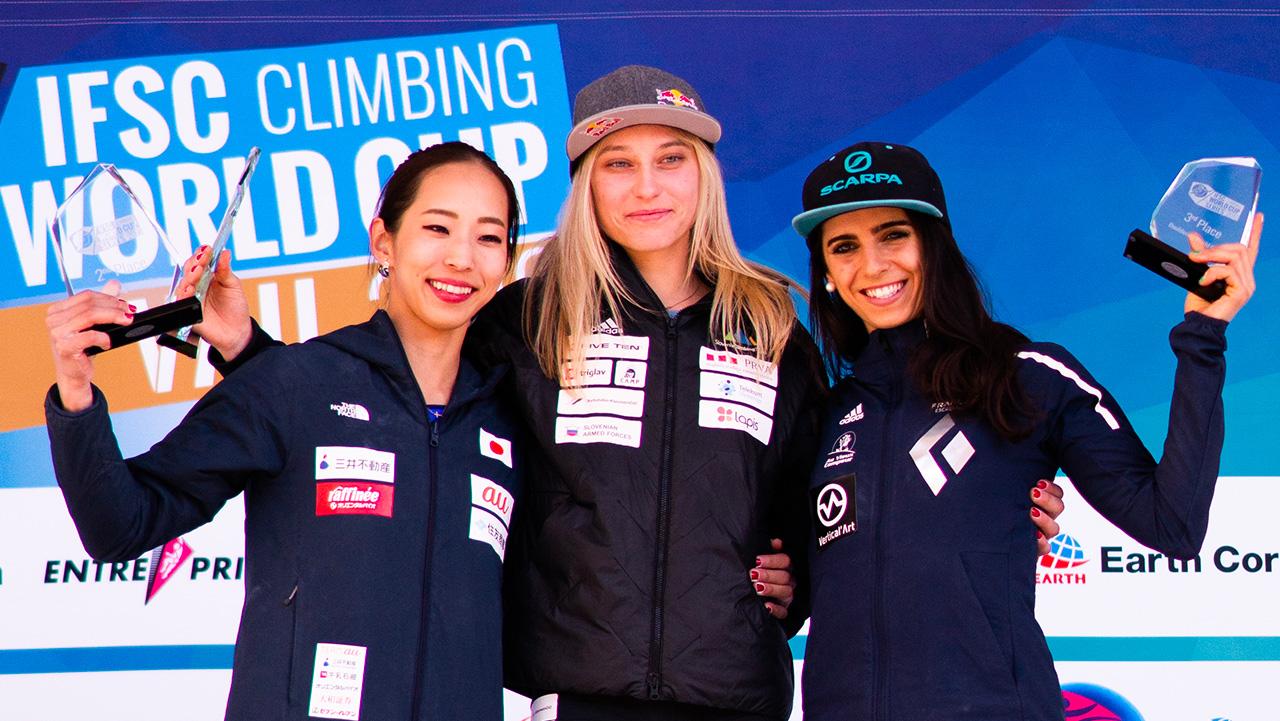