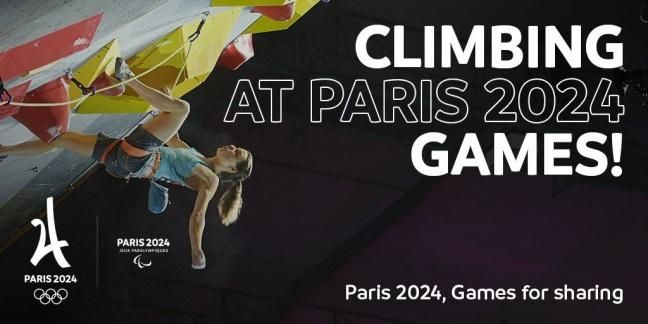 The International Olympic Committee (IOC) Executive Board yesterday accepted the proposal of the Paris Organising Committee of the Olympic & Paralympic Games (Paris 2024) to include Breaking, Skateboarding, Surfing and Sport Climbing at the Olympic Games Paris 2024.

The framework for consideration included fitting into the Paris 2024 venue master plan; reflecting Paris' vision to host youthful, urban, gender-balanced, innovative and spectacular Games; and being in line with the Paris 2024 global sports concept to include dynamic, inclusive and accessible events.

The proposal will next be put forward at the upcoming IOC Session on 24th June in Lausanne, Switzerland. If the proposal is approved at the IOC Session, Sport Climbing would be provisionally included at the Olympic Games Paris 2024. Following any necessary observations – including at the Olympic Games Tokyo 2020 – the event programme and athlete quotas will then be finalised at the IOC Executive Board meeting in December 2020.

The full news can be found at Olympic.org, and click here to view the IFSC press release announcing the proposal.