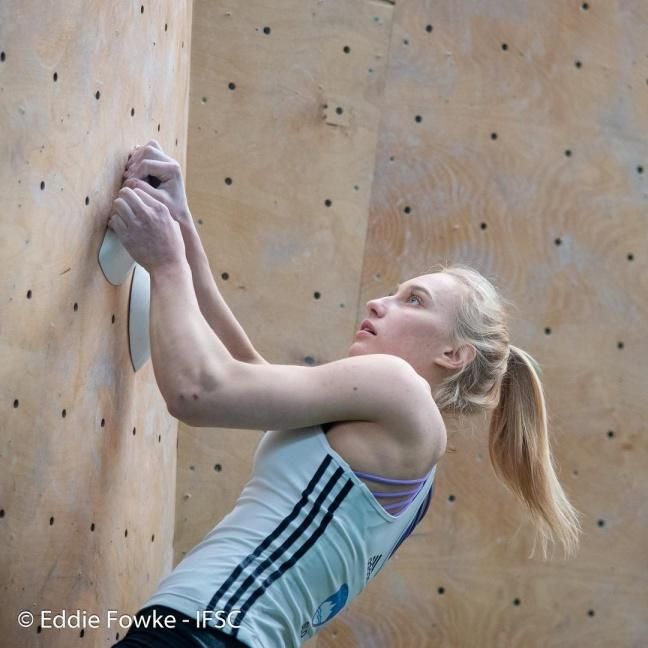 The ICS is held annually alongside the IFSC World Cup series and provides additional opportunities for elite international Sport Climbing athletes to compete at a high level. Two weeks before the first IFSC World Cup event of 2019 in Meiringen, Switzerland, 614 Bouldering participants from 43 nations and all 5 continents competed for early glory last weekend.

Slovenia showed their strength straightaway on Saturday, placing seven women and three men in the top 10 after qualifications. Combined world champions Garnbret and Jakob Schubert (AUT) topped all four problems in the semi-finals on Sunday, as well as Sergii Topishko of Ukraine and Slovenian teammates Peharc and Jernej Kruder, the current Bouldering season champion in the IFSC World Cup series and Studio Bloc Masters winner in 2017.

In the men's final in the evening, Peharc was the sole finalist to top three problems, concluding the round with a final top for the decisive victory. In the women's final, Garnbret mastered all four problems and was the only finalist to top the third problem, handing Slovenia their second victory of the day. Garnbret's compatriot Mia Krampl and Jessica Pilz (AUT) joined her on the podium with two tops, and Topishko and Vadim Timonov (RUS) edged Schubert by zone points to stand alongside Peharc with two tops as well.

Full replays of semi-finals and finals can be found on the Pfungstadt event page, and visit the Studio Bloc website for complete #SBM19 results.