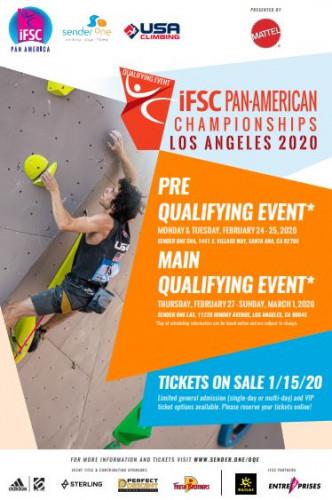 
Warning: Invalid argument supplied for foreach() in /var/www/ifsc-site/components/com_ifsc/views/event/tmpl/default.php on line 121

The start of Sport Climbing’s Olympic year began on 25th February at Sender One in sunny Los Angeles, California. Forty-eight athletes from nine countries competed in the Pan-American Championships for the Continental Olympic quota available.

At the end of a tight competition, it was Canada’s Alannah YIP who finally celebrated the ultimate goal: the 26-year-old climber from North Vancouver, ruled the Women finals with the score of 15, preceding Alejandra CONTRERAS of Chile and Lauren BAIR of the United States of America, who respectively placed 2nd and 3rd.

In the Speed discipline, Ecuador’s Andrea ROJAS won all her three rounds and claimed the provisional top spot, preceding Argentina’s Valentina AGUADO and Chile’s Alejandra CONTRERAS. YIP, who took 5th place in Speed, swept the following Bouldering round and moved into 1st place ahead of ROJAS and CONTRERAS.

Entering the final Lead round, the three athletes were separated by single-digit margins: the Ecuadorian climbed first, setting the bar at 49+, a bar that CONTRERAS immediately overtook, as she finished at 52. YIP, who was the last non-US climber to compete, did even better, closing with 53+ and the certainty of having won the Olympic quota place.

The 2020 IFSC Pan American Championships in Los Angeles (USA) closed in fantastic fashion, delivering the final Olympic quota for Pan America at the end of a thrilling final and in front of a packed Sender One Climbing Gym.

In the bottom half of the table, United States’ Colin DUFFY and Zander WALLER respectively finished in 5th and 6th place, while Mexico’s José Ramon SANTOS BUHL won the duel for the 7th spot against the fourth American finalist, Sean BAILEY.

The United States of America absolutely dominated the following Bouldering round, all closing with 3T3Z and only being separated by a different number of attempts. 16-year-old Zander WALLER eventually claimed the top position, followed by his teammates DUFFY, BAILEY and GALLA.

Carlos GRANJA and Danny VALENCIA finished in 5th and 6th position, both with 1T3Z, while GROSSO and SANTOS BUHL collected 0T2Z and placed at the bottom of the table.

The third and decisive discipline went down to the very last hold, as 16-year-old Colin DUFFY climbed last, topping the route and sealing a crucial 1st place in both Lead and Combined ranking. DUFFY finished ahead of Sean BAILEY, who also topped the route, and Zander WALLER, who then slid in 3rd position in the overall ranking.

DUFFY is the fourth US athlete that earns a ticket to the 2020 Olympic Games, adding his name to the ones of Nathaniel COLEMAN, Kyra CONDIE and Brooke RABOUTOU, and making USA Climbing’s team the only one, along with Japan, to qualify four athletes for Tokyo 2020. 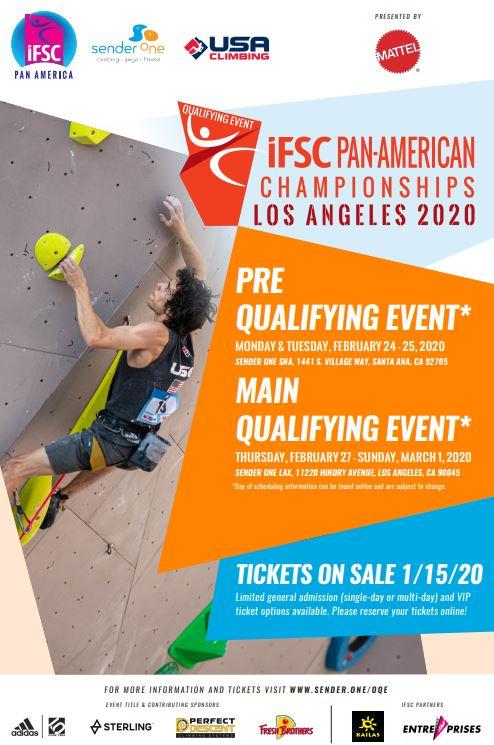