Warning: Invalid argument supplied for foreach() in /var/www/ifsc-site/components/com_ifsc/views/event/tmpl/default.php on line 121

VISA AND TRAVEL ACCOMMODATION AND VENUE ORGANISATION AND SCHEDULE

The first medals of the International Federation of Sport Climbing (IFSC) season were awarded in Meiringen, Switzerland, with Olympic gold medallist Janja Garnbret, of Slovenia, claiming an emotional win in the women’s final of the IFSC Boulder World Cup Meiringen 2022.

After flashing three out of four boulders, Slovenian Janja Garnbret bowed to the cheering crowd of the Kletterhalle Haslital, before embracing her fellow finalists. The 23-year-old achieved four tops in five attempts in the season-opener, and perhaps would have flashed all four had it not been for a false-start on the first bloc.

Reigning Boulder World Champion Natalia Grossman, of the USA, took the silver medal in Meiringen. Much to the delight of her home crowd, Switzerland’s Andrea Kümin climbed onto the podium in third position, beaming after bagging the first World Cup medal of her career.

After Garnbret claimed the win in the women’s final, it was Japanese Olympian Narasaki Tomoa’s to climb atop the podium in the men’s final.

It was a strong start to the final for Narasaki Tomoa of Japan, who flashed the first boulder problem in under 60 seconds. However, after failing to secure a top on the subsequent two blocs, the 25-year-old landed in sixth position ahead of the fourth boulder. Swinging through the sequence of the final bloc, the Olympian found himself another top and thus, jumped from the bottom to the top of the scoreboard.

Team Japan also claimed the second position on the podium in the Meiringen men’s final, with Narasaki’s teammate, Ogata Yoshiyuki, taking the silver medal. Having made his debut on the senior Sport Climbing circuit last year, Mejdi Schalck of France earned his second IFSC World Cup medal this evening. 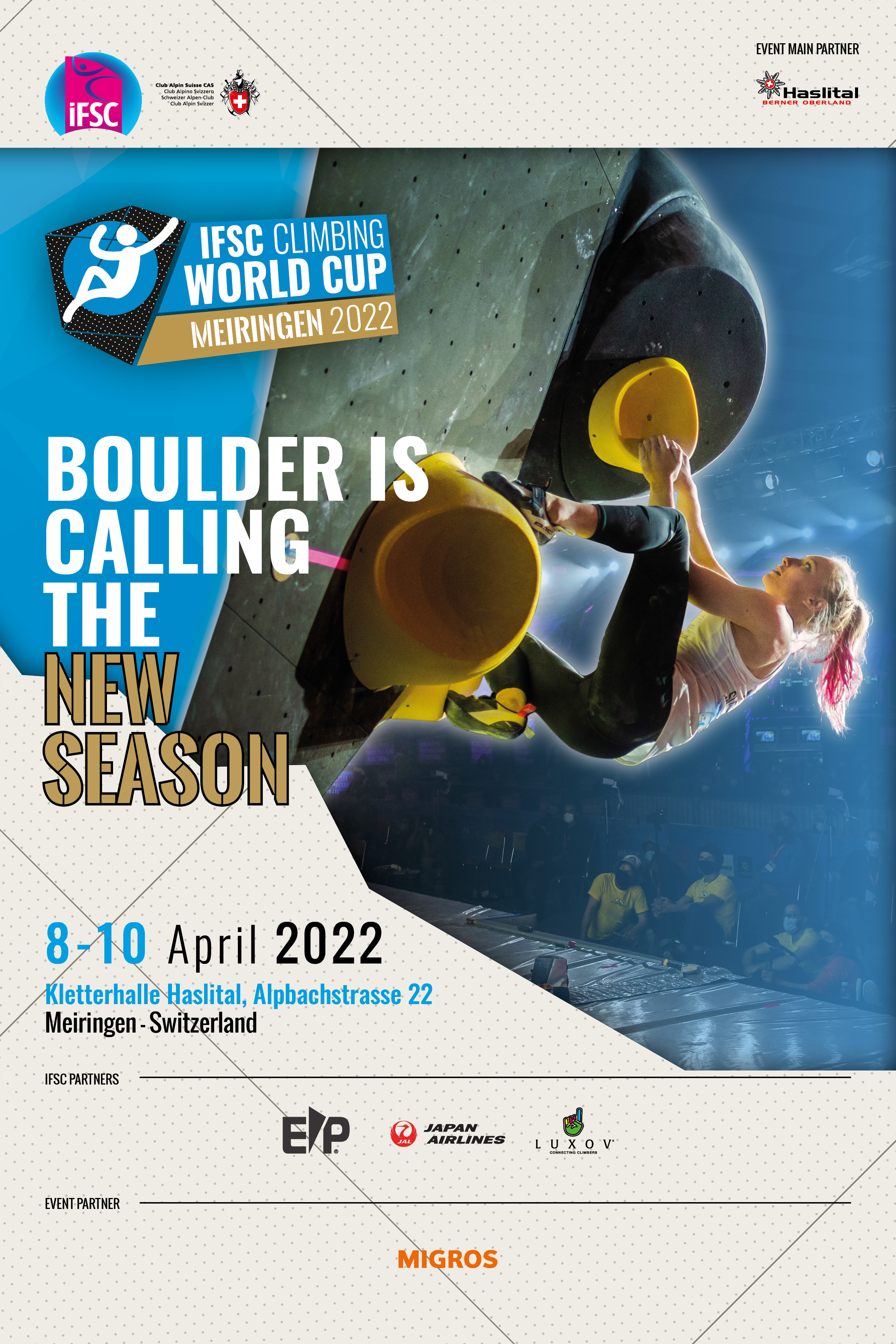