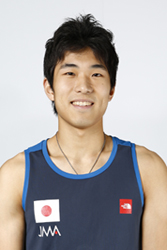 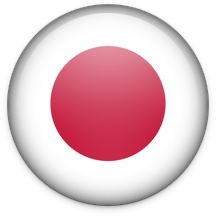 ​When you started competing in international competitions, did you see yourself being in the top-10?
No, I didn’t. I could not reach the semi-finals when I participated in the WC boulder at the beginning. Then I felt the difference between the top-athletes and my ability. And I felt the necessity to train more.
What motivated you to compete rather than just to climb outside?
I like the distinctive atmosphere of competition. There, I can increase the concentration to an highest level. The sensation to perform better in front of a big audience, and the unity with them, give me extremely good sensations.
What are some struggles you face as an athlete?
In my specific case, when I was injured at my shoulder; so I think the ability  to avoid danger is important. In some cases, we must do some risk moves in competitions.It is important for long athlete life to choice of whether to do or not. Of course, it is also important to do daily training for such hard moves.
What influenced you to start competing?
The meeting with Yuji Hirayama. After six month since I started to climb, Yuji came to my hometown as a guest. I was so excited to meet the world champion of lead. I have admired him since that time.
Who most helped you get to where you are right now?
My parents. When I was young, they picked me up to outside to climb, the competition, many climbing gym and so on. They are cheering for me all the way.
What advice could you give to Young Athletes?
Challenge yourself with a variety of sports. When I was a primary school student, I was doing gymnastics and swimming. They gave me a good influence. And try to avoid the injuries.
What are some of your favourite hobbies?
Tasting Japanese sake