Member Federations of the International Federation of Sport Climbing (IFSC) gathered together on 18 and 19 March, in Salt Lake City, Utah, USA, for the XVIII IFSC General Assembly.

Fifty-four delegates from 40 countries and territories participated in the Assembly, which combined physical presence and online attendance. The meeting opened on 18 March with a video message from the President of the International Olympic Committee (IOC), Thomas Bach.

“You have every reason to be proud,” he said. “Because this General Assembly is truly special for the Climbing community. It is your first General Assembly since Sport Climbing made its Olympic debut at the Olympic Games Tokyo 2020, so please accept my heartfelt congratulations on this milestone.”

“What an entrance your sport has made on the Olympic stage! The performance of your athletes in Tokyo celebrated your sport and your community at its best. A real display of excellence in sport, a youthful energy, but also inspiring moments of respect and sportsmanship that touched the hearts of so many people around the globe,” added Bach.

Messages from the President of the Association of Summer Olympic International Federations (ASOIF), Francesco Ricci Bitti, and the CEO of the United States Olympic and Paralympic Committee (USOPC) Sarah Hirshland, opened the second and final session, on 19 March.

The General Assembly discussed the ongoing issue of the war in Ukraine and the status of the National Federations of Belarus and Russia. It was decided to increase the current restrictions already placed on the two National Federations and to move to a suspension of their membership. The Executive Board was subsequently mandated to continually assess the situation and consider the removal of the suspension when the circumstances allow.

The IFSC Executive Board has responded to a dispute raised by the Chair of its Ethics Commission by unanimously adopting resolutions aimed at ensuring ongoing adherence to the IFSC statutes, rules and regulations.

The Executive Board charged the Ethics Commission with overstepping its remit and interfering in the Federation’s governance and ordinary course of business. The Ethics Commission has been ruled to be in violation of the statutes by directly communicating to National Federations with information that is considered false and unfounded on the eve of the General Assembly.

As a result, the current Ethics Commission and all its members will be suspended, there will be a complete reform of the Commission, including its regulations and composition, and a new Commission will be appointed as soon as circumstances allow. The reform process will be conducted by independent experts and experienced members of National Federations.

To commemorate the debut of Sport Climbing at last summer’s Olympic Games Tokyo 2020, the IFSC has produced a photo book that will be presented to all those who helped make the event such a success.

The book opens with a message from IFSC President Marco Scolaris and is then divided into three parts: the lead-up to Tokyo 2020, the four days of Olympic competition, and quotes and remarks from Climbing stakeholders, including representatives of the IFSC Member Federations.

In total, 500 numbered copies of the book have been produced. Delegates attending the General Assembly in Salt Lake City have each received a copy. All athletes and team officials who were present at the Olympic Games Tokyo 2020 will also be presented with the book.

The Annual Report recaps all the milestones of what will be remembered as a historic year for Sport Climbing, one that included the sport’s highly successful Olympic debut at Tokyo 2020. Other sections include highlights of the 2021 IFSC season, the IFSC Financial Reports, and the work of Sport Climbing stakeholders and IFSC staff.

The report was distributed to all National Federations’ delegates attending the XVIII IFSC General Assembly this week in Salt Lake City. Its digital version is available on the IFSC website: https://reports.ifsc-climbing.org/2021/1-1

IFSC STATUTES TO BE REVIEWED IN 2023

The General Assembly decided to postpone the revision of the IFSC Statutes to its 19th meeting, taking place in Singapore in 2023. Dates will be announced later this year. 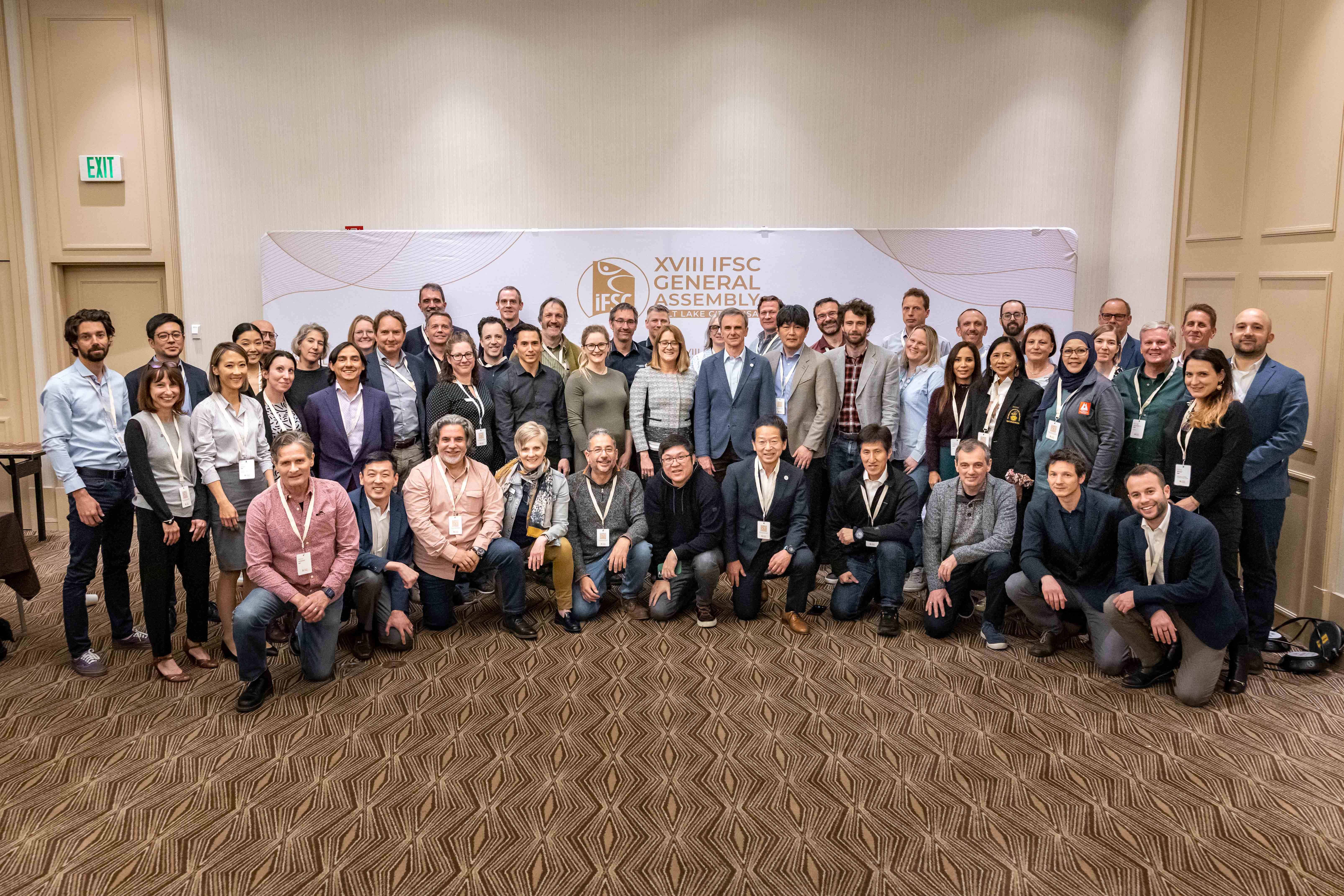